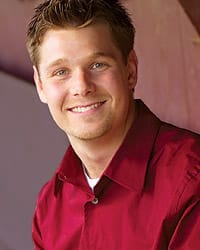 When the Los Angeles Dodgers hired 31-year-old Paul DePodesta as the team’s general manager a few months ago, the baseball world went into a tizzy. How could someone that young be put in charge of one of baseball’s most hallowed franchises? Especially, they said, when he never even played pro ball, opting instead to get a degree in economics from Harvard.

One person who was not shocked — who likely picked up the newspaper that morning and simply shook his head, smiled, and began preparing his resumé — was 24-year-old Andrew Starke, owner and general manager of Palm Springs Power, the new entry into the Pacific Southwest League, a premier summer league for college all-stars and aspiring pros. Akin to the Cape Cod League, the PSWL attracts top college players from around the West to participate in a two-month schedule of games beginning June 1 at Palm Springs Stadium.

All of which begs the question: How does a 24 year old end up owning and running a baseball team?

“After playing college baseball and graduating from Mercer University [a private institution in Georgia] with a business administration degree, I worked for the Orlando Magic [of the National Basketball Association] in their marketing department and also the University of Central Florida in their ticket office, and I met a gentleman who started an amateur/semipro baseball club in Long Beach who hired me to be his director of marketing.”

After a season with the Long Beach Strikers, Starke came to a realization. “I was doing a lot of work and someone else was receiving the benefits, and I also wasn’t seeing eye-to-eye with the ownership. So after fulfilling my commitment to them, I started looking for other opportunities in baseball — for a community that had a facility and would support an organization like this.”

With a silent business partner in tow, he went off to hatch his plan — and found Palm Springs, a town with a rich, albeit troubled, history in baseball. The former spring training home of the Anaheim Angels (and later the permanent home of the team’s Single-A franchise) has seen more than a few diamond dreams wither in the summer heat (remember the Palm Springs Promise?), but Starke sees a bright and viable future for his club.

“We’re not the L.A. Dodgers, and we’re not the Angels,” he says, “We’re a team of college players who play for the love of the game — plain and simple. We’ll provide a fun atmosphere where the whole family can come out and enjoy an inexpensive game. I understand that it is hot in the summer, but what’s better than a warm night out at the park?”

With kids getting free snow cones and adults getting a ticket, a hot dog, a drink, nuts, candy, and a program all for $10 (which is about $90 dollars less than a trip to Dodger Stadium would run you — if you went to the game alone, and sat in the bleachers), Starke knows a few things for certain: “If this doesn’t work, it’s because I didn’t work hard enough. If it succeeds, it’s because I was able to surround myself with people who could help me make this successful. The product we put out on the field will be the real test.”