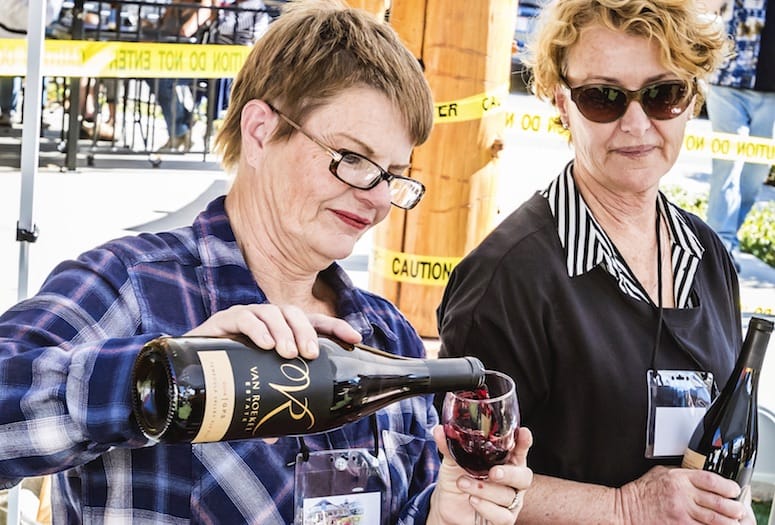 Twenty Southern California wines will be featured in Idyllwild this weekend.
PHOTOGRAPH BY JASON CLEGHORN

Indonesia, Idyllwild and the Salton Sea are three stark and diverse locations that photographer Lissa Evans draws upon in her series of enhanced landscapes that have been described as "meditative." Evans is among 25 artists who will be displaying artwork at the 2019 Idyllwild Art and Wine Walk on Oct. 12 in Idyllwild.

There will be 20 Southern California wineries, including Idyllwild’s Middle Ridge Winery, plus PMDL Company from Riverside/San Bernardino.

Evans spent two years in Sumatra, Indonesia, with her former husband who was a geophysicist for Chevron. The rich textures and layers of her "batik series" are a reflection of time spent in a jungle camp. In 2003, Evans moved to Idyllwild to be near her daughter who attended Idyllwild Arts Academy.

"I was lucky to get a job at the school for that time," she says. Over the next 11 years, Evans taught herself photography via YouTube. "Don't underestimate the power of YouTube to learn things," she says. 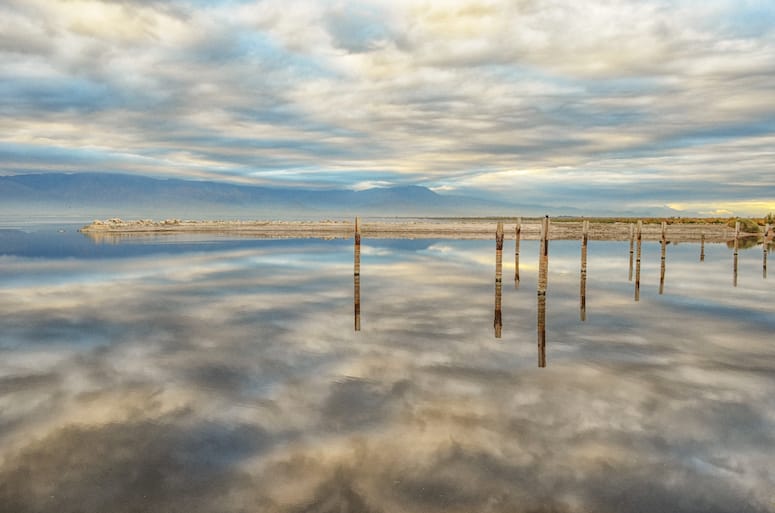 Evans describes her work as "enhanced photography," in which she uses Photoshop to digitally alter the landscapes she has taken with her camera. "You can tell immediately that it's creative photography with multiple layers," she says.

Now Evans and her husband, Kirk, a metal sculptor, live on a 5-acre ranch in Indio Hills named "Two Mountain Studios." They hope to turn the Homestead shack on their property into a working studio for both of them.

Indio Hills is a perfect location for the couple, who draw inspiration from their desert surroundings. The ranch backs up to Joshua Tree, yet is close to the Palm Springs International Airport. "From where we're at, you can almost see the Salton Sea," says Evans.

The ever present wind was unexpected, and the couple are learning to adjust, not only with equipment like tripods, but bigger items such as their patio set. "The wind sounds like ocean waves to me," Evans says.

Since their move to Indio Hills two years ago, Evans has immersed herself into the desert landscape, often taking photographs from her backyard. She credits her newness to the area to the fresh look of her photographs. "I have fresh eyes in the desert," she says. "I have no expectations."

Moreover, she and Kirk have become advocates of the Salton Sea, helping to pass Prop 68, a $200 million bond issue that will help restore the Salton Sea by creating wetlands. They often give talks on the rapid deterioration of the Salton Sea to photography clubs and community groups. Evans' photographs and a short video drive the message home.

Evans had initially been drawn to the Salton Sea by migratory birds, namely the snow geese in the Pacific flyway. "I was thrilled to find them so close to home," says Evans.

She quickly noticed that when the snow geese would fly in unison, the tips of their wings would look all black one way, and when they would land, they would appear all white from another angle. "They would gather at the southern side of the Salton Sea and were most active at sunrise and sunset," she says.

Her photos reflect the starkness of the black and white birds against the intense sun. According to Evans, there are more than 400 species of birds at the Salton Sea. Many like the Sandhill Cranes, egrets and Great Blue Herons end up in her photographs. 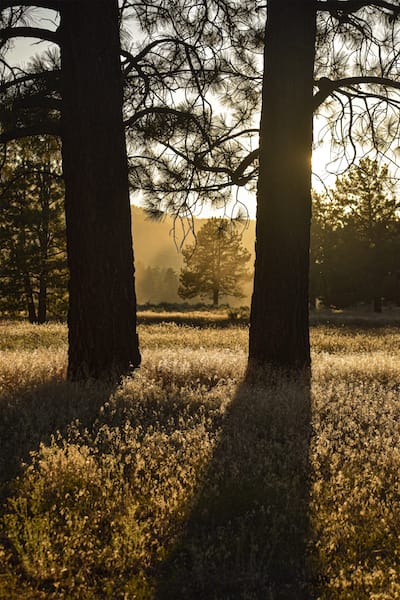 One natural shot of pelicans and cormorants that she took at the Desert Beach Pier depict them sitting on posts of varying sizes in the water. The large birds seem to be posing for the camera. "It's all different now," Evans muses. "That shot I took in 2017 has changed significantly. All the water has dried up."

Evans and her husband are looking forward to showing at this year's Idyllwild Art and Wine Walk, their fourth one to date. The couples' booth will be at the Idyllwild Area Historical Society grounds on North Circle Drive. Besides Kirk's copper wire sculptures, Evans will be showing small stuff like cards, jewelry with her photo images, some framed pieces and a big one on metal. These items can best handle the damp and cooler Idyllwild temperatures.

For more information on the Art and Wine Walk, visit artinidyllwild.wildapricot.org.