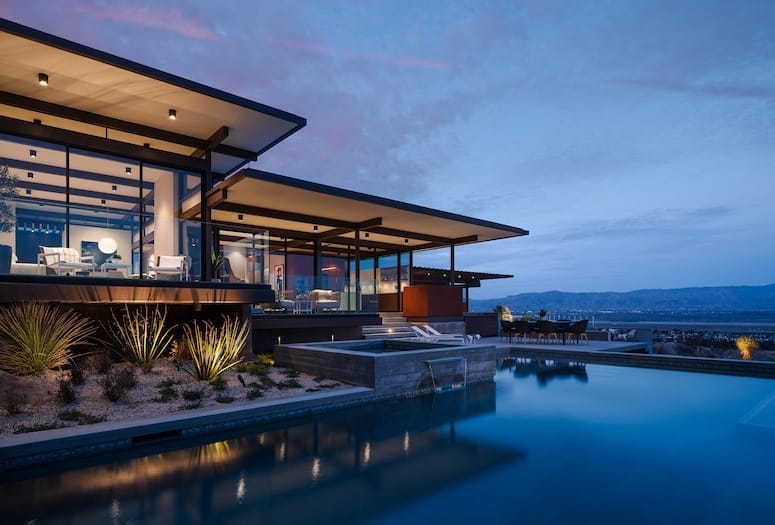 The Ray Kappe house in Palm Springs features furnishings from the companies that will be participating in the April 9 panel discussion.
PHOTOGRAPH BY LANCE GERBER

It may be one of the more overused words over the last decade, but there is no mistaking the importance of authenticity. Just ask John Edelman, who has spent most of his life either directly immersed in the business of creating authentic goods or advocating for authentic design.

When he joined his parents’ high-end leather business in the late 1990s, he had to fight the perception that top grain leather was just that. “Leather is a murky industry,” Edelman says. “Top grain leather sounds great, but it’s the worst leather. So our whole application was based on trust and authenticity of products.”

He took that philosophy to Design Within Reach, a modernist furniture retailer, where he served as CEO and on the board for a decade. “It became a mainstay of DWR was that we were the world leader on authentic, modern design,” Edelman says. “That was my line because we had to keep the word authentic, authentic, authentic, authentic all the time, because a lot of people bought knockoffs, didn't even know they were buying knockoffs. So, as my mother said, you can't be a little bit pregnant.”

After leaving DWR, Edelman joined Be Original Americas as an ambassador to further the organization’s and his own mission to speak out on authenticity. On April 9, Edelman will moderate a panel with principals from the companies whose products helped create the interiors for the famed Ray Kappe house in Palm Springs, which is available for tours during Modernism Week, April 8-18.

The virtual discussion is available for free public viewing via Zoom, and will also be offered in a recorded version for those who register. The event is co-sponsored by Palm Springs Life, Carl Hansen & Son, Herman Miller, and Modern Hacienda. Visit us02web.zoom.us/webinar to participate.

Edelman, who still has a trip to Palm Springs on his bucket list, spoke further about the upcoming panel and what he hopes the audience takeaway will be. 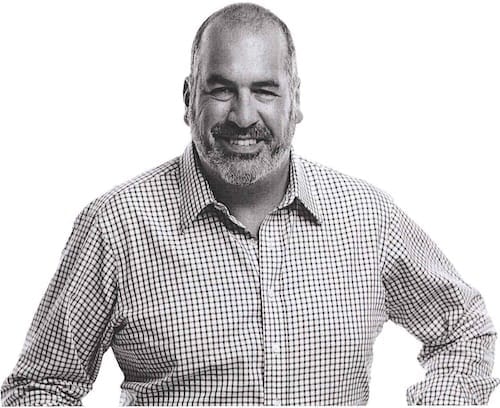 Why is it important to have this discussion during Modernism Week? What do the two have in common?

Modernism Week has grown in the past few years and the region speaks to the importance of preserving the originality of the designs and architecture of the region. With the Kappe project being new and site specific, we felt that it strengthens the message that original design is not just in the icons, but continues with new and fresh creative ideas. Modern design is timeless and needs to be respected whether it was designed in 1948 or 2021.

How much attention has been paid to preserving interiors, and what purpose does this discussion serve?

I think “preserving” is one way to look at it. Another is to show that iconic firms such as Herman Miller, Carl Hansen & Son, Knoll, and Louis Poulsen, fit into this new structure with both iconic designs as well as new, such as the Carl Hansen & Son bed in the Kappe house. The discussion, hopefully, highlights that original design should be preserved so that the future of original design can flourish, and again, modern is timeless.

How goes being an advocate for authenticity in the design industry. Has it gotten better?

No. I do think that the Be Original Americas had made it better because design firms are signing on. So, when you have a design firm designing a hotel and they are a part of Be Original Americas, they're making good not to specify knockoffs. And I think without that kind of commitment, the younger designers wouldn't know. And I think that fight for authenticity, I think we're slowly getting over it. We also educate the United States customs on what knock-offs are and how to find them at the borders. I think that's helped. And with social media, Instagram, and such, I think people oftentimes don't even know they're buying a copy when it's a copy.

What role has Modernism Week been able to play considering the crowds it normally draws to the desert?

Do you believe there will be a call to action for people who view the panel discussion whether it’s simply awareness or is there more they can do?

Great question. We find that the more we talk to designers, manufacturers, architects, and others during these – now webinars – there seems to be an expanded interest in Be Original Americas and its mission. Having more people understand the value, the craft, and creativity that goes into creating original design and why that is important for the future, they spread the word.