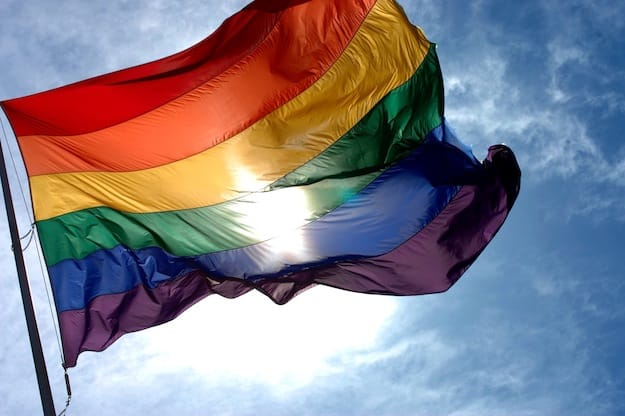 In 2008 with Proposition 8 on the California ballot, signs popped up around Joshua Tree in support of the amendment that would legally define marriage in the state as between one man and woman.

Andy Woods and his partner had moved out to the quiet, but conservative desert town a few years earlier. The couple had spent the previous 10 years in Los Angeles contributing to the annual Gay Pride Festival.

The time for one in Joshua Tree seemed right.

“Originally it was a way to give a response to all of those signs and to let people know there was a place for gay people to go where they could be safe,” Woods said.

That first year, the Joshua Tree Gay Pride Festival resembled something more like an art show. Since then, Woods said the festival has grown both in size and audience but with one caveat.

“It’s really an art and music festival with that small, hometown kind of feel,” Woods said.

That’s exactly what attracted Woods and his partner to move to the desert after visiting his parents, who lived in Joshua Tree.

“We just fell in love with the area,” he said. “I’m an artist and my partner is a painter, and we found an art community out here.”

Interestingly, this year’s fifth annual Pride Festival on June 15, which carries the theme “A Celebration for Progress”, comes as the U.S. Supreme Court is about to rule on the validity of Proposition 8. The decision could come this week.

“We may have more reason to celebrate,” Woods said of the decision.

“We’ve talked about making it into a weekend, but we want to make sure we’re ready for that kind of growth,” Woods said. “We want to keep it a hometown festival, and not become some commercial event.”

Admission is free with a $5 suggested donation. Patrons are encouraged to wear the color red in support of the Human Rights Campaign for Marriage Equality.

The day is family-oriented with games for kids, vendors, continuous live entertainment, artists and a beer garden for adults.

For more details, visit www.joshuatreegaypride.com, or visit their Facebook page.