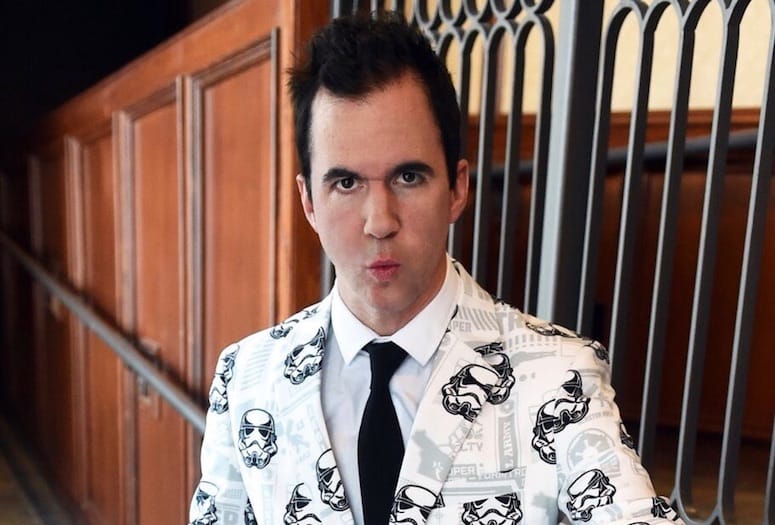 J.T. Harding, who wrote “Sangria,” sung by Blake Shelton, will be part of the Songwriters Night on March 5 that kicks off The Patrick Warburton Celebrity Golf Tournament weekend in Palm Desert.
PHOTOGRAPHS COURTESY THE WARBURTON

Philanthropy, celebrity golf, and music all converge in the 10th Anniversary of The Patrick Warburton Celebrity Golf Tournament. Set to rock the valley with an abundance of entertainment beginning March 5, its main star is St. Jude Children’s Research Hospital, whose efforts to treat and defeat childhood cancer and other life-threatening diseases are at the forefront of the popular event’s charitable arm.

“This event is for the perfect cause and there’s nothing more important than children,” says country music songwriter J.T. Harding, one of the featured performers of Songwriters Night, held at the JW Marriott Desert Springs on March 5. Harding wrote chart-topping hits such as “Smile” with Uncle Kracker, “Different for Girls,” performed by Dierks Bentley, and “Sangria,” sung by Blake Shelton.

“Children should be at home in their own beds,” Harding adds of St. Jude’s mission. “They should be passing notes to kids they have crushes on in school. They shouldn’t be in a hospital somewhere. Whether I have to serve drinks or take out the trash or play songs, I am ready to come and do what I can to help.”

That’s music to the ears for many involved in the tournament, which is spearheaded by actor Patrick Warburton, known for playing Puddy on Seinfeld and the star of the popular sitcom Rules of Engagement, among others. Warburton’s initial ideal to ask his celebrity friends to headline a star-studded weekend for a good cause has built momentum over the years. To date, The Warburton is the highest grossing golf tournament for St. Jude Children’s Research Hospital nationwide, raising more than $12 million since its inception. 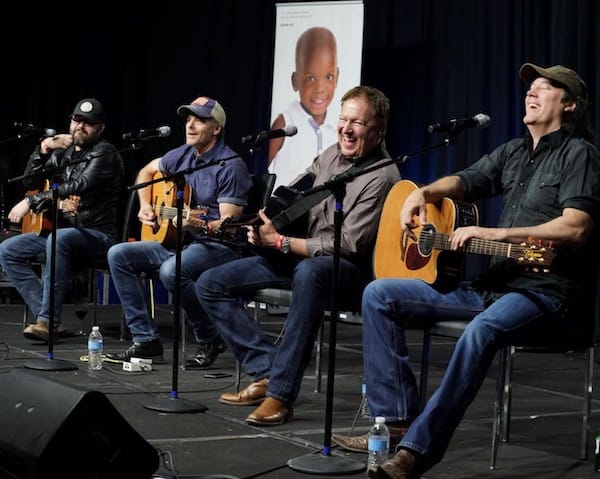 Songwriters Night is an inventive endeavor that gives Nashville songwriters a chance to illuminate the stories behind their greatest hits.

The celebrity golf tournament, held March 7 and 8, is sold out.

Songwriters Night is an inventive endeavor that gives Nashville songwriters a chance to illuminate the stories behind their greatest hits. They top off their tell-all tales by performing those hits.

“It’s an incredible night and it’s a rare thing to do,” Harding admits. “I’m really excited to come and be a part of the party. We just do it on acoustic guitar. Some songs are sad. Some are funny. It’s a good mix.”

Harding’s fellow songwriters include: Songwriters Night organizer Tim Nichols, best known for the Grammy-winning hit “Live Like You Were Dying” (Tim McGraw); Neil Thrasher, the man behind No. 1 hits “Fast Cars & Freedom” (Rascal Flatts) and “There Goes My Life” (Kenny Chesney); and Song of the Year nominee Kelley Lovelace, who co-wrote and recorded “He Didn’t Have To Be” with Brad Paisley.

“Tim and I are really good friends and I didn’t hesitate to say yes when he asked me to do this,” Harding adds. For him, it’s another opportunity to branch out and experience “beautiful” Palm Springs.

Originally from the Midwest, Harding now lives in Nashville. Aside from his musical verve, the man boasts a rare kind of wit and in conversation, his confidence and life insights shine through.

“I wasn’t necessarily a class clown but I always wanted to be a rock star or at least write songs that were played on the radio, so I am very fortunate,” he says. “Most of my songs are about break-ups. I should write a book called Drying My Tears With Dollar Bills. But I’m always laughing at the same time. I like to make people laugh even though my songs aren’t necessarily funny.”

An interesting factoid reveals that Harding was given up for adoption at birth – his biological father was the late actor Jay Thomas.

“I am sure they are passing out earplugs in heaven now,” Harding jokes. “I never met Jay until I turned 25 but he taught me about persistence; of wanting to be in the entertainment business and not give up. I’m sure I got some of my humor from him. My mother and father who raised me – I give all credit for my talent to them. They allowed me to truly be myself.”

Are there songs Harding has written that profoundly affected him during the process? 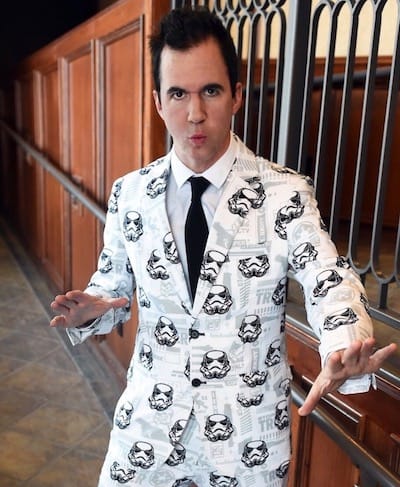 “This event is for the perfect cause and there’s nothing more important than children."

“‘Somewhere In My Car’ with Keith Urban really stood out,” he says. “We were sitting there across from each other with his incredible, heart-melting Australian accent and blue eyes, and we’d just write songs, eye to eye, across from one another. And there was definitely a song for Bon Jovi and hearing it affected me. Writing a song with the guy who’s seen a million faces and rocked them all – now, that was a moment.”