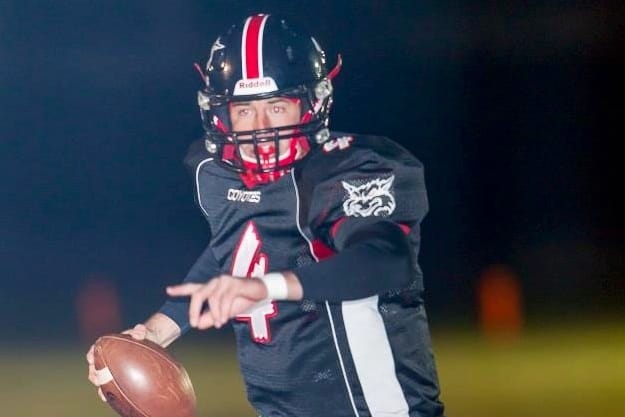 When he is on the football field, former Cathedral City High School quarterback Nate Lewis understands his responsibilities are contained within a 100-yard football field.

But in the world of semipro football, players have real jobs that can make it difficult trying to juggle dreams and realities.

“Luckily enough for me I run my own business, so I can schedule and make things happen,” Lewis says. “But also running your own business sometimes you can’t get out of it because you’re the one who has to answer for it. There are times I have to call coach and tell him I’ll be there for the next practice because there is a job I can’t miss.”

Lewis has been lucky enough to have football back in his life after taking a two-year hiatus following college. He’s made the most of it since joining the SoCal Coyotes, earning National Player of the Year honors in 2012 and earning a spot on the Arena Football League’s San Jose Sabercats roster before being cut.

“In high school I had similar statistics, but here I’m just allowed to throw the football just that much more and I call my own plays,” Lewis says. “We have 15-minute quarters so there is that much more football to go around, and I’m probably a little better now than I was then.”

The Coyotes, who captured the Pacific West Football League title in the fall of 2012 and finished runner-up in the Wild West Football League last spring, have moved this fall to the Southern California Football Alliance, playing in the UFAL Eastern Division. The difference is a chance to play for a state or national AAA title against a schedule of neighboring California teams.

The season opens against the San Diego Spartans at 7 p.m. Aug. 24 at their new home at Xavier College Prep, 34200 Cook St., in Palm Desert.

VIDEO: Listen to Nate Lewis say he thought his football playing days were over.