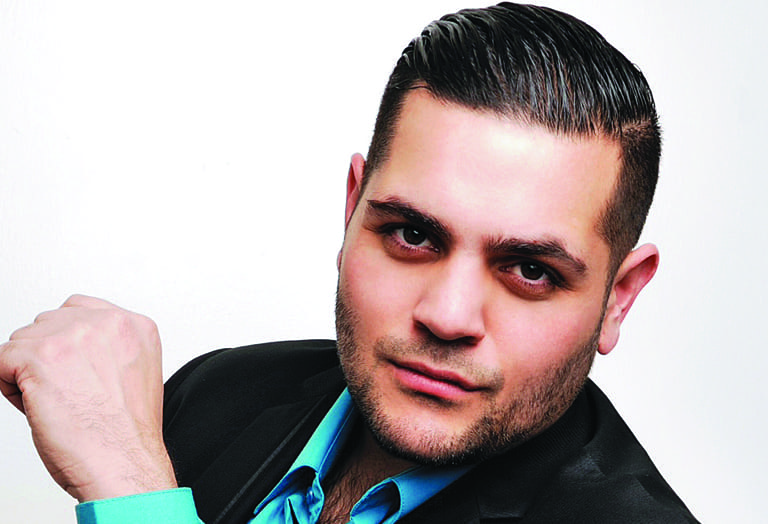 This is one ride Michael Costello hopes never ends.

Since one of his outfits was worn by Beyoncé to this year's Grammy Awards, the Palm Springs fashion designer has watched his career escalate to new heights.

"It's something every designer dreams of," Costello says during a Fashion Week El Paseo media event March 4 at the Palihouse in West Hollywood. "The most talked about, biggest celebrity in the world is Beyoncé. To have someone like her to wear your cdress, it just takes you to a whole new dimension."

If appearing on Project Runway Season 8 got Costello's foot in the door, having his outfit worn by Beyoncé followed by designing an outfit for Britney Spears for Elton John's after party at the Academy Awards plus outfits for Serena Williams, P. Diddy's Cassie and Shakira has blown the doors wide open.

"Through Beyonce, more people have reached out to us. It opens up so many doors for you," Costello says.

"The last month has just been nonstop roller coaster," Costello adds. "Really busy. We haven't slowed down and we don't plan to. That's just the way I work. I never take a break. Every day has been something else."

Costello says major department stores are asking to showcase a line of his clothes, including the prestigious Bergdorf Goodman.

"It's home for me," Costello says. "I anticipate doing the show every year. I'm so glad I'm able and so blessed by God to receive the success I have received, and bring it home to Fashion Week to show this collection and have everyone be so proud means the world to me."