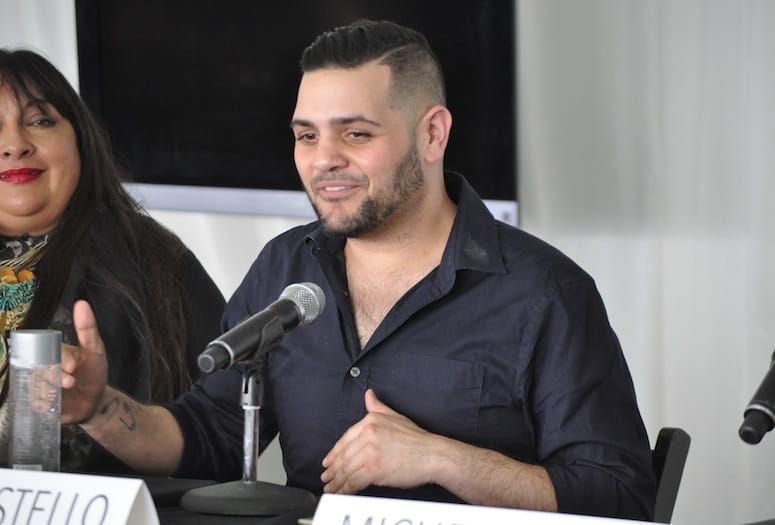 Michael Costello speaks during the 2015 press conference for the Stars of Project Runway at Fashion Week El Paseo in Palm Desert.
Photo by Jim Powers

In his early days in Palm Springs, Michael Costello had a very loyal cadre of local celebrities. But it was Instagram that made him the darling of the A-list.

Here is a rundown of celebrities who have worn his designs: The curvaceous Kardashian profile is on display in Costello’s gold chiffon wrap dress. J. Lo appears at the American Music Awards in a golden yellow cape jumpsuit with plunge neck and wide legs. Nicki  Minaj chose Costello’s pink gown with side cut-outs, strong shoulders, and gold appliqué for her appearance at the American Music Awards.