More than ever, a trip to Palm Springs (or one of its eight neighboring cities) tops the wish list as a rejuvenating getaway for even the most well-traveled. Where pool time and modern architecture mingle with mountain vistas, active pursuits, and a passion for cultural delights, a certain sun-drenched magic leaves guests transfixed.

Conversations over brunch on the patio or on a stroll under the palms inevitably take an intriguing turn when someone asks, “Do we really have to leave?”

The fortunate answer, of course, is no. All are welcome to make this vibrant destination a day-to-day reality. As of late, professionals at all stages of the game have been taking us at our word.

What with the abundant sunshine, a slower pace, and jaw-dropping natural surroundings, Greater Palm Springs tows the line as a resort-minded escape that instantly feels like home.

Many folks have spent their happiest decades in this pocket of paradise. Those just now unpacking new lives here wish they had made the move sooner. Whether they’ve come to reinvent their career or establish a new business, find work-life sanity, or jumpstart a wellness journey, the small-town atmosphere promotes connection and inclusion. The Coachella Valley has long been renowned for meeting the myriad needs its transplants bring along with them — then stirring up their desire to make an impact. 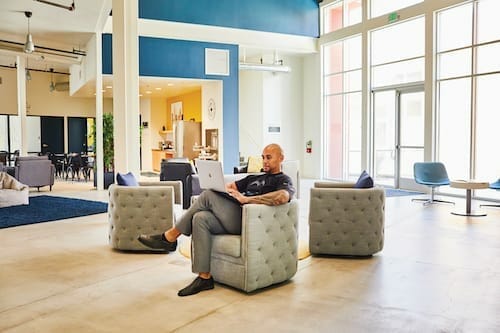 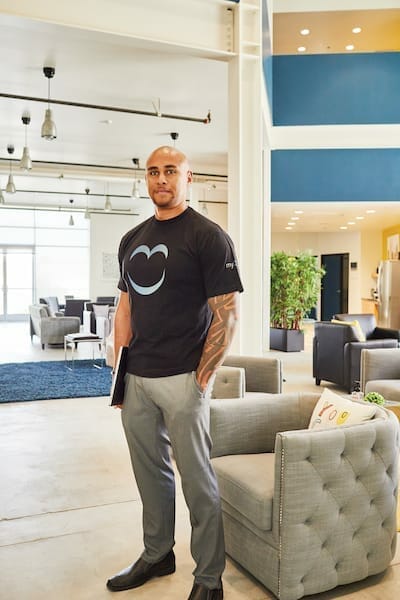 PHOTOGRAPHY BY BRANDON HARMAN
Bear Simerson, one of three co-founders of 3C Health, based in the Palm Desert iHub, helped develop a remote patient monitoring platform that automates the sharing of information among doctors and healthcare providers. The iHub, operated by Coachella Valley Economic Partnership, offers innovators physical space, access to capital, and other coaching and services to bring their ideas to market. 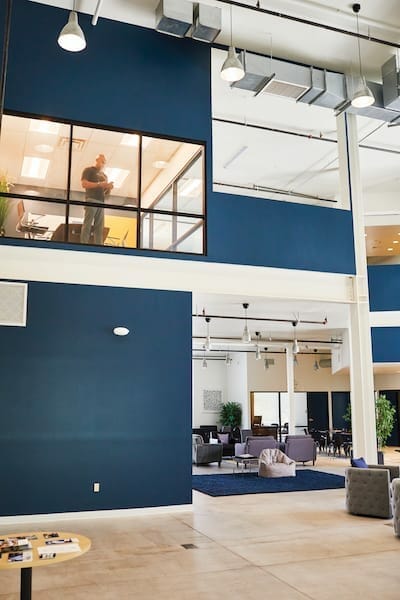 One of such pioneering personalities was Nellie Coffman. The daughter of a hotel manager and the wife of a doctor, Coffman saw a future of pampering hospitality and quality healthcare clear as day. Her instincts led her to a two-acre parcel of barren land in an unincorporated village as the ideal site her for sanitorium. In 1909, with not a paved road into town, she hung her sign for “The Desert Inn,” and word of her arid haven for healing spread fast. Altering the trajectory of Palm Springs, Nellie became a beloved figure and the proprietor of a world-class, 35-acre resort that welcomed guests for more than 40 years.

In the early 1930s, Francis Crocker embraced the local landscape through the eyes of an electrical engineer. He knew the climate near San Jacinto Peak offered cool respite in the (pre-air-conditioned) summers, and he saw the steep mountainside as means to an end. With the help of Earl Coffman (Nellie’s son), Crocker engineered the magnificent Palm Springs Aerial Tramway, which opened in 1963 and operates the world’s largest rotating tram car.

Johnny Dawson, a top amateur golfer for decades, believed the desert deserved better than its two nine-hole courses. In 1949, he purchased rough-and-tumble Thunderbird Ranch, a dude ranch where Hollywood rode horses and wore cowboy hats and plotted out a full 18. In founding and building Thunderbird Country Club, the area’s first golf community, Dawson empowered an entirely new lifestyle and economic driver before developing several more A-list clubs that served as forerunners of a generation. 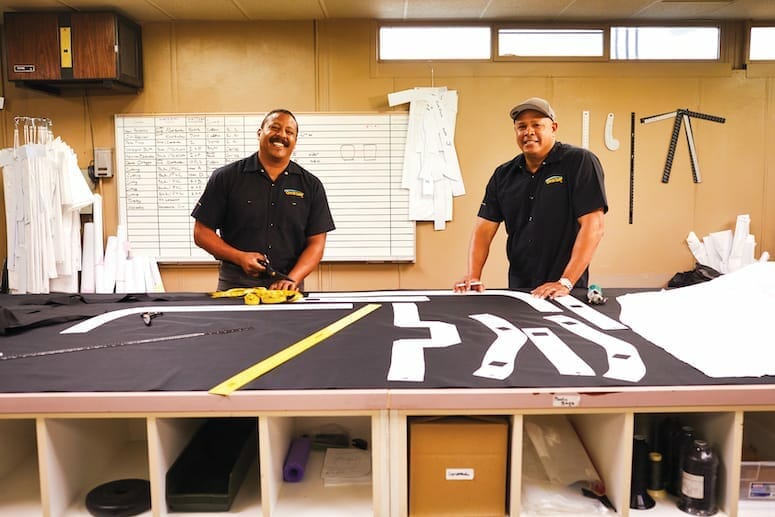 Those golden years of golf weekends and club amenities saw a wave of residents swell into the area and, right along with them, emerging architects from across the country to supply residential and civic designs unlike any they had seen. Entertainers whose names now denote local byways led the way, shedding a spotlight on a little town two hours from L.A. that could chase the Tinseltown blues away and have them back on set in a couple hours.

This refreshing oasis catapulted from earning its dot on the map to rising star among the jet set, and it hasn’t relented. Improving with each new era, Greater Palm Springs is nothing short of a living legend in real time, offering immersive joys of every sort.

For the active, golf and tennis team up with bocce, pickleball, and hiking. More than 100 trails bend through native canyons and ascend snow-dusted peaks. Performing and visual arts perfectly complement the progressive restaurant and spa scenes. Dog-friendly is an understatement and happy hour is a given.

Find your groove working from home, which tends to incite al fresco yoga breaks and impulsive social media posts of the view. Or take the leap with a big idea. As the history books show, this is a viable place to launch a great venture. 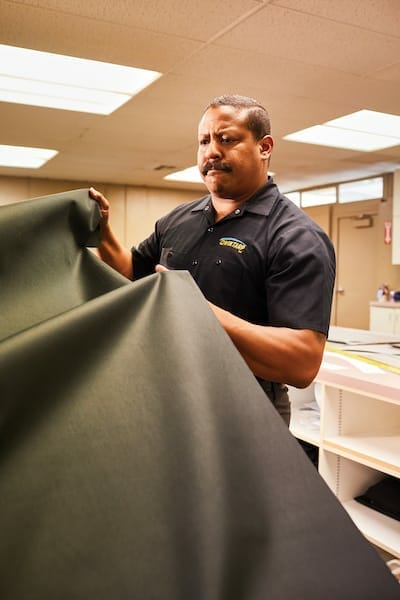 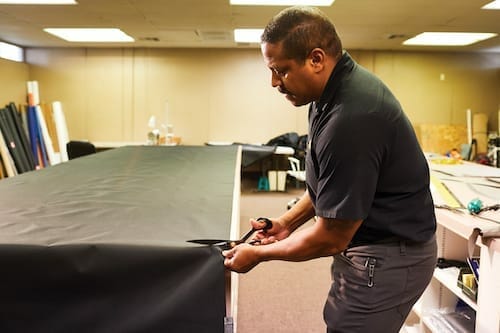 “There’s something about the desert that inspires — it’s as true for entrepreneurs as it is for artists.”

Since 2011, entrepreneurs have been incubating products at the iHub, where they test, market, and develop their enterprises. The nonprofit Coachella Valley Economic Partnership manages iHubs in Palm Desert, Indio, and Palm Springs, offering innovators the coaching and mentoring they need to mitigate risk. Early-stage start-ups like Pocial (a multifaceted digital marketing firm), Qwiktarp (custom-fit truck bed covers), and 3C Health (delivering AI-based solutions to address healthcare coordination challenges) are among the iHub success stories in sectors that span renewable energy, health and medicine, digital technology, and consumer product manufacturing.

“Entrepreneurs are initially driven to the Coachella Valley for many of the same reasons that tourists are: It’s a beautiful place to be,” says Laura James, CVEP vice president of innovation. “There’s something about the desert that inspires –— it’s as true for entrepreneurs as it is for artists. They see it as a blank canvas.” 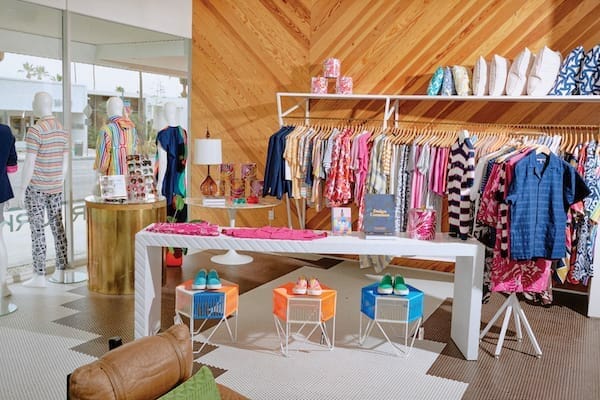 Also, she adds, “A substantial subset of people see vast opportunity for business, innovation, and industry in a mid-sized region like the Coachella Valley. In some ways, the fact that the valley’s existing industry base is a bit narrow works as an advantage for inspiring entrepreneurship. When desired businesses or amenities don’t exist in a region, innovators are motivated to fill in the gaps.”

Palm Springs is hollowed proving ground. Trina Turk opened her first of 13 retail boutiques in the Uptown Design District in 2002. In 2009, the Ace brand introduced the Ace Hotel & Swim Club on East Palm Canyon Drive. This first location outside the Pacific Northwest opened as the third in its collection of hip boutique hotels. The sunny bohemian outpost helped advance the chain, which now counts 10 locations open or in the works internationally.

Nine once-sleepy cities now comprise a thriving valley humming with progress and vitality. The real-estate market offers strong value when compared to bigger cities and the coasts, and the sustainable growth sows fresh ideas in a community that’s wide open to them. New arrivals peel back the layers to discover an engaging place to live and work, in that order. Balance comes naturally when you’re bathed in Vitamin D-producing sunlight. 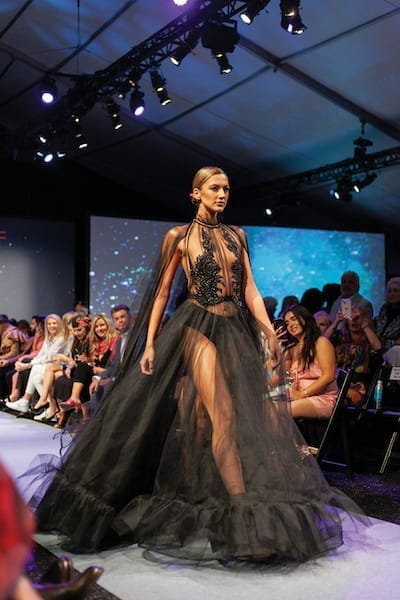 Overall, the valley has a little more room to move — and a lot more vibe — than your average locale; that’s what makes it a destination. Bring on the unique. Vintage Avanti automobiles (designed here by Raymond Loewy) cruise through the neighborhoods, a country club called Marrakesh requires every home be sunset pink, a zoo invites families to feed giraffes and walk among the wallabies, and, at the air museum, veterans answer questions about retired fighting aircrafts. 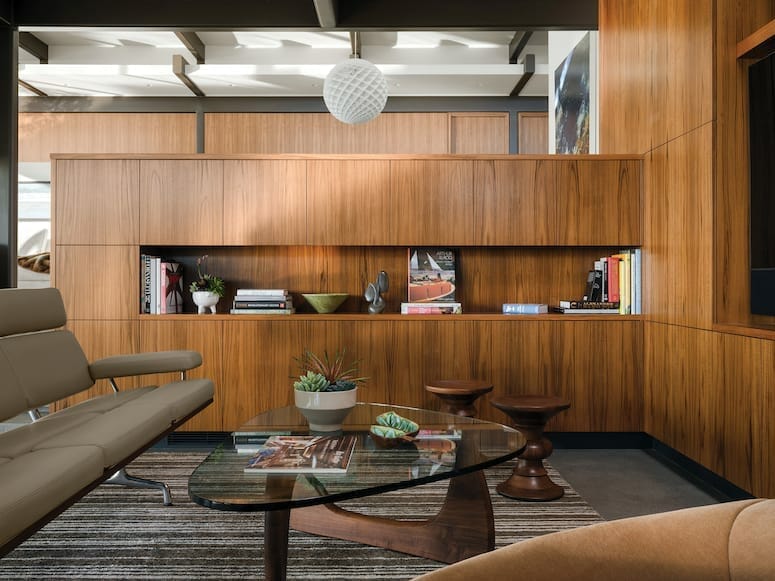 The valley radiates with variety. Float in a mineral pool fed from geothermal springs or tour the manicured grounds of Sunnylands Center & Gardens, host site for dignitaries and diplomats since the 1960s. On a rare occasion, the traffic (if you can call it that) brakes for a woodpecker or to glimpse a Bighorn sheep. A wiggle of glamour and a wink of nostalgia all lie within a short drive to Joshua Tree National Park. 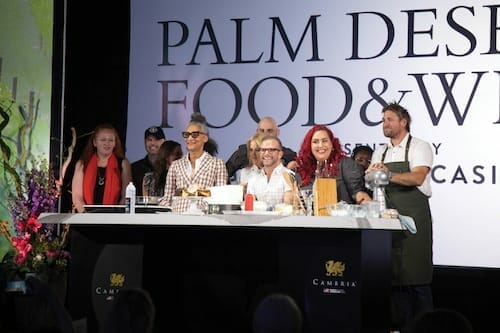 You’ll know you’re home when you take a long, deep breath to catch the scent of creosote after a desert rain or find yourself driving at a tourist’s pace to bask in the scenery. We’re all tourists here on permanent holiday. When we glimpse a plane overhead leaving town, we feel a rush of gratitude for the luxury of staying put.

Reliably beautiful and compelling, the enduring appeal of Greater Palm Springs never wanes. Its magnetism is as seen as unseen. Some say it’s like stepping into a coffee table book, where the photos tell half the story and you receive carte-blanche freedom to write the rest.

• READ NEXT: Higher Education Landscape Undergoes Changes in the Desert.