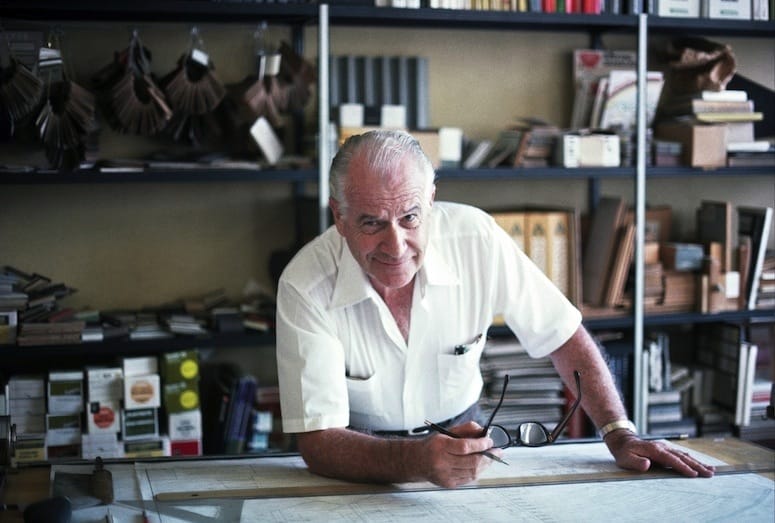 While Palm Springs' Modernism Week may be the most fun you can have with your Go-Go boots on, it would not have reached such extraordinary success without the astonishing concentration of marvelous architecture contributed by 12 notable modernist architects.

That impressive fraternity of architects – from Richard Neutra and Lloyd Wright (Frank Lloyd Wright’s son), to Albert Frey and William Cody – were drawn to the expansiveness of the desert with its clarity of the light and its mesmerizing natural beauty. The desert environment provided ideal conditions for their new bold architecture of the 1930s to 1960s; with defining features of low long rooflines and walls of glass they created a new sensual design aesthetic — desert modernism.

The legacy of these pioneers of desert modernism is at the centerpiece of Modernism Week’s annual event. These architects’ work will be showcased in films, lectures, home tours and a range of events during 11 days of celebration. Visit modernismweek.com for more information.

In 2015 to celebrate its 10th anniversary, Modernism Week, in collaboration with Palm Springs Life, published The Desert Modernists, which pays homage to these 12 groundbreaking pioneers. Read on for a brief snapshot of these celebrated architects’ body of work.

To read more, order the book at the Palm Springs Life store.

What you don’t know: One of Chambers’ 1949 residences located in Araby has been completely renovated by former owners Greg Hough, president of the Palm Springs Historical Society, and his wife Katherine Hough, chief curator of the Palm Springs Art Museum. The once-vacant Welwood Murray Memorial Library reinvented itself into a downtown visitors center.

Most notable Palm Springs works: John Porter Clark and Albert Frey together designed the Palm Springs Woman’s Club, the Welwood Murray Library (now a Visitors Center on the corner of Palm Canyon Drive and Tahquitz Canyon Way), Palm Springs City Hall, and several schools throughout the desert including College of the Desert for which he was the coordinating architect.

What you don’t know: Stewart Williams said Clark “made people recognize that architects were an important part of the community.”

Most notable Palm Springs works: Cody’s first solo commission was the stunning award-wining historic landmark, The Hotel Del Marcos. As his acclaimed reputation grew so did the profile of his projects – L’Horizon Hotel, the Palm Springs Spa Hotel, and the Palm Springs Public Library. His work also included the exclusive country clubs of Tamarisk, Thunderbird, and El Dorado.

What you don’t know: His architectural passion came from his mother, Anna, who was an interior designer. His father owned a haberdashery. Most notable Palm Springs works: Frey’s first project was the Kocher-Samson Building in 1934, which he followed with many important civic and public buildings such as Palm Springs City Hall and the stunning Tramway Gas Station. Working in collaboration with John Porter Clark, and for a time with Robson Chambers, Frey’s body of work in Palm Springs spans the gamut from public buildings to private residences.

Most notable Palm Springs works: A. Quincy Jones made important contributions to the modernist architectural landscape with two major projects he designed with Paul R. Williams. Their brilliant careers merged together in the striking designs of the 1947 Palm Springs Tennis Club (where Spencer’s Restaurant is housed), and the groundbreaking Town and Country Center in 1948. In a later collaboration with his partner Frederick E. Emmons, Jones was commissioned in 1963 by Walter and Leonore Annenberg to construct their 25,000 square-foot residence, Sunnylands.

What you don’t know: In 1950, the meeting of two great minds, A. Quincy Jones and Joseph Eichler, would lead to the development of housing innovations like greenbelts. Most notable Palm Springs works: Hugh Kaptur, one of only two living architects from the 12, designed the Palm Springs Golf Course in 1959 and the Tahquitz Plaza office complex built in 1971.

What you don’t know: He also designed one of the most striking residences in Palm Springs – the SEVA House – located on the mountainside near Albert Frey’s Frey ll residence.

Most notable Palm Springs works: Besides Hugh Kaptur, William “Bill” Krisel is the only other living architect from the original gang of 12. He was designer of the acclaimed Alexander homes with his partner, Dan Palmer. More than 2,000 Alexander homes of Krisel designs were ultimately built in and around Palm Springs. He also designed the historic Ocotillo Lodge in Palm Springs and the Sandpiper community is also a legendary Krisel project.

What you don’t know: Krisel found his ‘lost house’ in Palm Springs when his friends Jim West and Karen Prinzmetal reached out about a home on Fiddleneck Lane – one of about 40 custom-designed homes by him. Most notable Palm Springs works: John Lautner built numerous homes in Los Angeles, but his dramatic Arthur Elrod and Bob Hope Houses, built in 1968 and 1973-80, respectively, on a hillside overlooking Palm Springs, are still among his most defining, visionary projects. The bold and sweeping architecture of the Elrod House has been immortalized in a James Bond film, Diamonds Are Forever.

What you don’t know: Lautner was an obsessive photographer. His archives contain thousands of his photographs of landscape, including photos of the desert landscape as part of his fascination with nature, geology and topography.

Most notable Palm Springs works: Perhaps no other midcentury modern building exemplifies desert modernism more than Richard Neutra’s 1946 modernist architectural masterpiece, the Kaufmann House, one of the most photographed homes in the world, most notably photographed by the late renowned architectural photographer, Julius Shulman.

What you don’t know: Edgar Kaufmann chose Neutra to design the Kaufmann house over famed architect Frank Lloyd Wright, who had designed his Fallingwater, Penn. home in the late 1930s. Most notable Palm Springs works: Before Don Wexler’s passing this past summer at the age of 89, he was one of Palm Springs’ most revered and beloved residents. Wexler’s work is represented throughout the city – the Palm Springs International Airport and numerous schools. He also produced many distinctive homes — the Dinah Shore House and most notably the seven Alexander Steel Houses (collaborating with Richard Harrison and Bernard Perlin) that are now each listed on the National Registry of Historic Places.

What you don’t know: Wexler developed his attraction to steel from his work on more than 100 school buildings.

Most notable Palm Springs works: His 1930s glamorous Tudor and Colonial mansions for the rich and famous in Beverly Hills began Paul R. Williams’ legacy. In 1947, he collaborated with A. Quincy Jones on two notable Palm Springs projects – the Palm Springs Tennis Club followed by the visionary Town and Country Center in 1948. Williams also built a modernist vacation home in Thunderbird Country Club for Desi Arnaz and Lucille Ball.