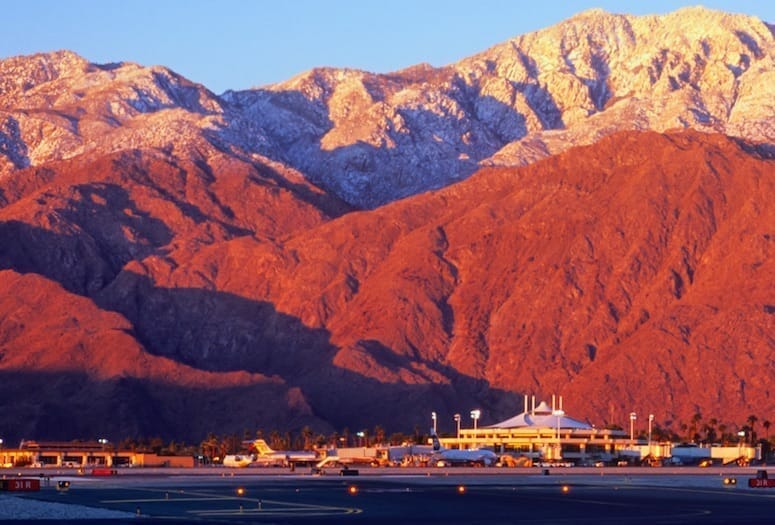 The Best Small U.S. Airport category included the first 34 airports listed as “Small Hubs” by Department of Transportation data — with the cutoff being those that saw over 1 million passenger enplanements in 2019. The largest was Memphis, Tennessee and the smallest was Greensboro, North Carolina per The Points Guy.

"This desert airport in Southern California was voted as the best small airport in the U.S. by TPG readers. With 11 airlines and more than 30 destinations, there are a variety of ways to reach PSP — and airlines added numerous flights to the airport during the pandemic. It’s situated just a few miles from downtown Palm Springs, serving as the gateway to the renowned Coachella music festival (which returns in April 2022 after a two-year hiatus) and the variety of points hotels in the area. And in a year that saw renewed interest in outdoor activities, it serves as a perfect jumping-off point for Joshua Tree National Park."

Palm Springs Mayor Christy Holstege says the city council has spent millions over the past several years updating the ticket wing and baggage claim in order to make traveling to Palm Springs even more easy and accessible for residents and visitors.

"We're thrilled PSP has been named Best Small U.S. Airport," said Scott White, president & CEO for Visit Greater Palm Springs. "With its open-air walkways and lushly landscaped courtyards that lead within minutes to baggage claim and its breathtaking mountain views, Palm Springs is a surprisingly welcomed and stress-free experience for visitors. This reader's choice award is a testament to that."

• READ NEXT: Thunderbird Car Created a Legacy Forever Be Tied to the Desert.