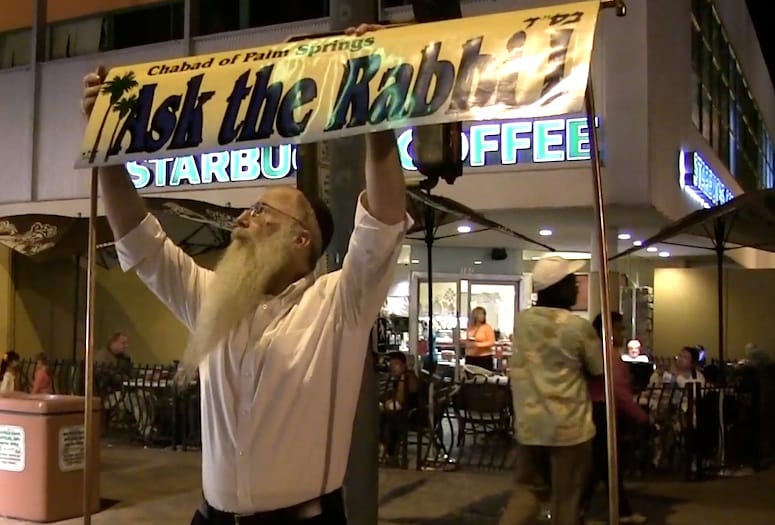 Starbucks has nothing on Rabbi Yonason Denebeim.

But he may have something on the downtown Palm Springs coffee attraction.

His small, wooden booth with its black cloth cover and simple sign that reads, "Ask the Rabbi", has become a staple of the Palm Springs VillageFest on Thursday nights by anchoring one of the event’s most popular street corners at Palm Canyon Drive and Tahquitz Canyon Way.

His advice and insight have become so influential over the years that he’s been approached to do a reality TV show (he talked them out of it), and given advice to global corporations.

As the Rabbi says with his usual gregarious smile, “…to the extent that Starbucks had a few people come and interview me about why my corner was so popular before they had opened up their Starbucks [there]. Now I don’t know if it’s true, but they tell me that that Starbucks [now] has the highest volume, and I’d like to think I had something to do with that.”

Watch the video to learn more about the man himself, why he does what he does out side of his regular duties at Chabad of Palm Springs & Desert Communities, how it affects those who visit him, and his reasoning for choosing such a humble approach to taking on some of life’s bigger questions.