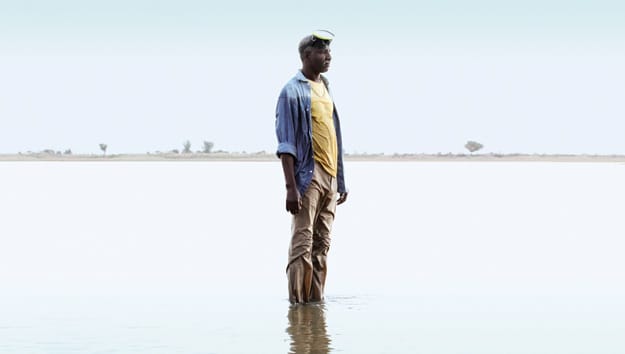 A Screaming Man, about the civil war in Chad, won the third-place Jury Prize at the 2010 Cannes Film Festival.
A SCREAMING MAN

Ever on the lookout for ways to set Palm Springs International Film Festival apart from other film fests, Executive Director Darryl Macdonald grabbed an opportunity when The Annenberg Foundation Trust at Sunnylands expressed interest in some type of collaboration. For its 22nd annual run (Jan. 6-17), PSIFF invited about 40 filmmakers from around the world to a pre-fest retreat.

“We have been considering doing something like this for a few years,” Macdonald says. “Most people think the filmmakers are constantly tripping over each other [at the festival]. There are actually very few opportunities for them to come together and get to know each other and share ideas and knowledge.”

Sunnylands — the Rancho Mirage estate of the late Walter and Leonore Annenberg being transformed into a public institute, museum, and gardens — will host the filmmakers at its yet-to-open visitors center for the retreat titled “Reinventing the Cinema.” Experts representing the Annenberg trust are helping devise the agenda. Overlapping themes include creating socially relevant cinema, ensuring cinema reflects the culture of the place from which it springs, and building a framework in which new talents emerge and thrive.

“Our hope,” Macdonald says, “is this becomes an annual part of the festival and we go beyond bringing filmmakers together — that something emerges … in terms of creating new, vibrant, international cinema.”

As it has done in past years, the festival is singling out a geographical region that has experienced an explosion of new filmmaking talent.

“There’s a real surge of new talent and great new films from Africa the likes of which we have never seen in this quantity certainly, let alone of this quality, from this continent,” Macdonald says. But this year’s showcase of about a dozen films from Africa comes with a special twist: the simultaneous launch of sponsor Penfolds’ partnership with the (Red) campaign.

Designed to create awareness and a flow of money from the private sector into a global fund to help eliminate AIDS in Africa, (Red) works with established brands that donate up to 50 percent of proceeds from their (Red) products to the global fund. Penfolds is joining such major companies as Apple, Gap, Nike, and Starbucks.

“They wanted a major public forum to launch their collaboration,” Macdonald says. “We will have a day dedicated to that collaboration, and that’s the day we will launch our Africa showcase.”

On that day (Jan. 7), the festival will offer multiple free screenings of The Lazarus Effect, Lance Bangs’ documentary illustrating the transformative effects that antiretroviral medication had upon HIV-positive people in Zambia.