Rickie Fowler Hopes to Make Statement With His Clubs 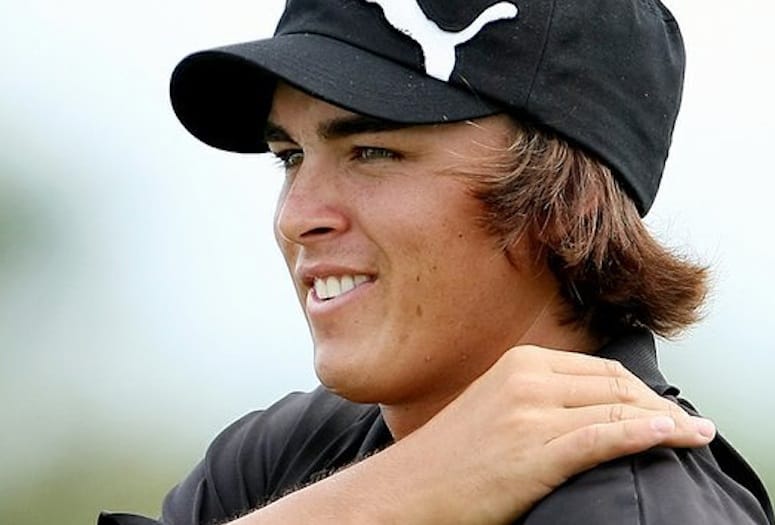 Yet, attire aside, Fowler's ability to mirror Gay's red-scoring colors in the desert counts among the most anticipated questions heading to this year's tournament, which runs Jan. 16-19.

"I know that I'm known for what I wear on the golf course, but I want to be known as a great player," Fowler says during a pre-tourney conference call.

A native of nearby Murrieta, Calif., Fowler opens his 2014 season with a return to Tour golf in the Coachella Valley for the first time since missing the cut at the 2010 Bob Hope Classic.

Now a resident of Jupiter, Fla., the Humana debut represents familiar territory for the 25-year-old Fowler.

"Well, it’s still where I grew up and the majority of my junior golf growing up – at least 50 percent of it was played in the desert up until I was probably about 12 years old," Fowler says of his desert history.

"I’m looking forward to getting out there and picking up where we left off in high school, making a lot of birdies out there," he adds.

Previous Humana victors Mark Wilson and Gay each recorded scores of 24-under and 25-under, respectively (Gay won in a three-man playoff last year), so an abundance of birdies will indeed be required for Fowler to corral his second career PGA Tour win.

"The first real time I worked with him was this summer,” Fowler says “I spent some time on the range with him after I missed the cut at the Open Championship," said Fowler of his work with Harmon, whose younger brother, Bill Harmon, is the longtime director of instruction at Toscana Country Club in Indian Wells.

"We haven't really gotten to on course stuff yet,” Fowler says of his new coach. “We're really just working on the basics and the fundamentals to start out. But I definitely look forward to picking his brain, and using him as a tool to help me in certain situations and in preparing for Majors and big time situations.

"I'm definitely going to be more and better prepared than I have been in the past four years. But yeah, as far as the basics, cleaning up the takeaway, getting myself started in the right position, trying to shorten up the back swing.  My tendency is to get a little long and the club gets stuck behind me."

Following an 2013 campaign in which he claimed five top-10 finishes in 22 events, Fowler appears primed for a stronger showing this season.

"I'm hitting a lot of solid golf shots and been playing well at home the last few weeks, so I just need to get tuned up and keep going at Humana," he says.