The first time I thought about the scent of Palm Springs, I was in another desert, one nearly 7,700 miles away. I was staying in a military ambulance that had been converted into a camper, parked for the night among the rugged rock and dramatic canyons of Wadi Rum, Jordan.

It rained during the night. By the time I awoke, the lunar-like landscape had been transformed. It was like a funhouse version of a desert, the puddles reflecting golden hills and sandstone formations, nature’s mirrors slipping mountains under my feet.

However, the view wasn’t the only thing that was topsy-turvy. The smell was also disorienting.

Wadi Rum’s aroma was green but flat. As the sunlight warmed the sand and scrub, the air was occasionally punctuated by the scent of honey wafting from the white broom bushes. It was good — but it didn’t smell anything like the desert I call home.

At that moment, I longed for the smell of Palm Springs, how even the lightest drizzle marinates the air with the resinous, oily scent of creosote. It’s a muscular scent that binds itself to you, one that you don’t appreciate until it’s gone.

Then I considered other desert botanicals: citrus blossoms in the spring, hiking through herbaceous sagebrush, the gentle aroma of desert willow. There’s also the pungent cheesebush, which smells sharp and a little sour, like aged cheddar, and desert lavender, with leaves that smell both floral and woodsy. And then there’s the scent of the desert itself — the odor of the actual dirt — which largely comes from bacteria that produce an odorant called geosmin. Literally “earth smell,” geosmin is what contributes to petrichor, the pleasant, earthy scent of rain on dry soil.

Altogether, these aromas create a distinct scentscape that makes our desert unlike any other place in the world. 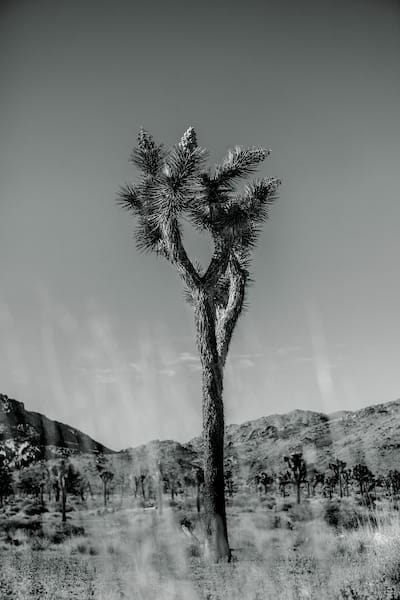 A Whiff Will Take You Back

If you have a functioning sniffer, there’s a good chance you’ve experienced the transportive power of scent. Maybe you caught a whiff of someone’s floral perfume and it retrieved memories of your grandmother, or you entered a room with a chalkboard and instantly remembered what it felt like to be in first grade.

That’s the fascinating thing about smell. It’s our only sense that isn’t handled by the thalamus, which is like a way-station for processing information. Instead, scent takes a direct route to our forebrain, the region that controls emotion and memory. That’s why a mere sniff of something can evoke powerful and immediate memories. I think of it as the closest thing we have to time travel.

So even while this sense is important for perceiving the world around us and alerting us to potential danger, like rotten leftovers or a gas leak, it can also fill us with nostalgia and help us build future memories.

“So many of my memories are tied to smells,” says artist Gerald Clarke, a member of the Cahuilla tribe.

For him, the scent of the desert usually comes in billows of smoke.

“I think about how we have a lot of singing events, singing our birdsongs, and it’s not just about the song,” he says. “We’re also around a fire, and the smell of that burning wood is a link to the past.”

His memories are also tethered to food and the strong, wholesome fragrance that emerged as relatives cooked together.

“I’m not that old, but I still remember some of the Indian women would be cooking tortillas on an old wood stove. Each wood had a different smell, and then of course you’d get the smell of corn, sweet and savory. To this day, when someone burns red shank, I immediately think of the women cooking tortillas. It takes me right back to the stove.” 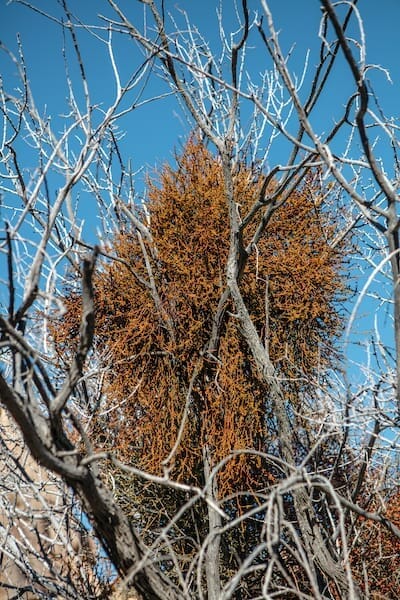 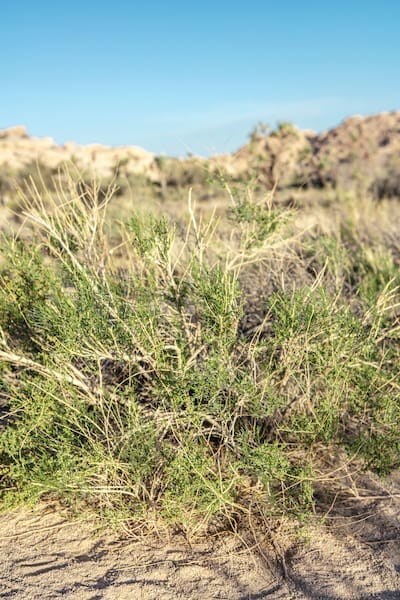 Consider also that odor receptors are not just located inside the naval cavity. Within the past decade, scientists have discovered olfactory receptors in human skin cells and throughout our organs, and some studies show that fragrances can actually induce healing. In a series of clinical tests, skin abrasions healed 30 percent faster when exposed to sandalwood aroma. It’s no leap to say that we don’t just smell with our noses; we can feel scent with our whole bodies.

My search for someone who experienced fragrance in such a powerful way led me to yet another desert with a plant that’s familiar to us here.

Kyle Alvarado, born and raised in El Paso, Texas, discovered his emotional connection to scent when a massage therapist used essential oil from the creosote bush during a treatment. The smoky, tar-like aroma evoked the scent of rare desert rain, and Alvarado began to cry on the massage table.

Now Alvarado gathers the plant from the Chihuahuan Desert and distills small batches of creosote hydrosol, which he sells on Etsy and ships all over the world.

“If you have spent time in a desert, this is the smell that becomes a part of you, almost like it’s baked into your DNA,” he says. “It’s like a secret club, the scent of desert rain.” 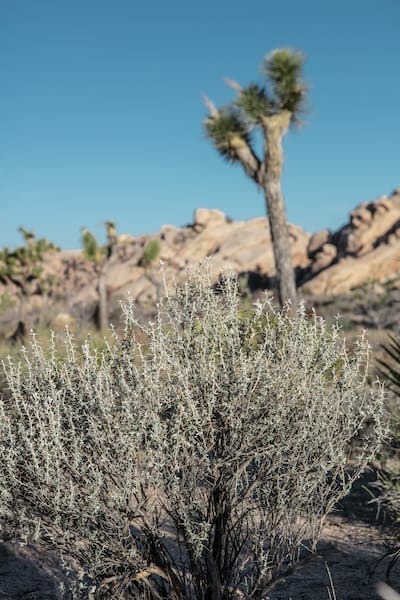 All of these smells matter, because the scentscape can profoundly shape the experiences of residents and visitors alike.

Tourism researchers Graham M.S. Dann and Jens Kr. Steen Jacobsen wrote in 2003 that “an over-emphasis on the tourist gaze tends to disregard the fact that the unique character of a place can additionally be imparted by its aromas.” They predicted that in order for a destination to thrive, “it must attract by more than vision” and should prepare for the “olfactory tourist.”

Richard Neutra, architect of the iconic Kaufmann Desert House in Palm Springs, understood the importance of scent too. One of his guiding principles was that design should stimulate all the senses.

He also believed that certain smells could inspire a person to enjoy a space more than aesthetics alone. In his book, Survival Through Design, Neutra wrote, “Future design of living environment may operate effectively with positive olfactory ingredients and not merely guard against the most obviously obnoxious ones.” He recommended that air currents be considered in the architectural space and that gardens should be designed on an olfactory basis, not only on visual principles, so a wayward breeze might “help out against the monotony of the interior.”

Neutra VDL House in Los Angeles commissioned Yucca Valley–based artist Emily Endo to create scents inspired by the structure. To do this, she made a list of the materials used on every floor, then pulled together different compounds to curate a scent profile for each material, and finally refined the texture of each aroma. For example, the smell meant to evoke aluminum is much sharper than the scent of blonde wood, which is very soft. 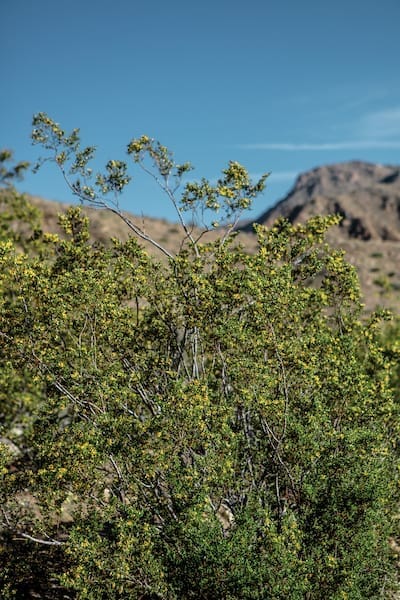 Resinous creosote smells like the desert when it rains. 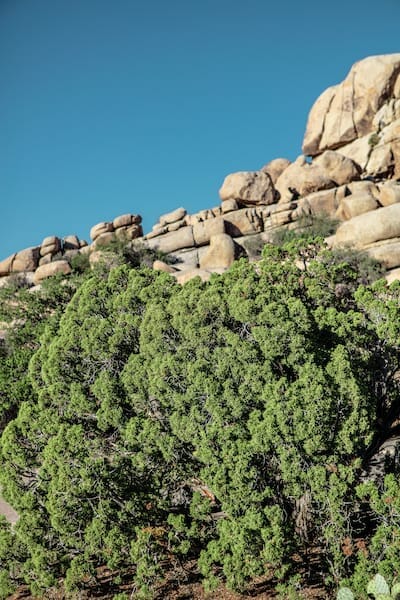 Juniper has a a touch of pine to it.

The result was three distinct fragrances that offer aromatic impressions of the house.

“It was like creating an invisible still life,” she says.

Endo concocts other scents as well, in addition to her work as a glass sculptor. Her studio contains tinctures of creosote, brittlebush, and desert lavender. She has mixed molecules to create a fragrance that evokes parched earth. And at the time of our interview, she was working on a sweat scent as part of a larger water project.

“[Water] encompasses everything from sweat to desert rainfall,” she says. “It sounds incompatible but living in the desert has actually made me think more about water.”
The work has unlocked a new way of experiencing the landscape and offers additional dimension.

“Scent is something that has changed my life in the desert,” Endo says. “It’s another way of knowing and another way of appreciating things. I realized I was operating as a completely visual and tactile person, and this realization opened up another part of me.”

• READ NEXT: Spas, Hot Mineral Waters Help You Rejuvenate, Recover, and Renew in the Desert.