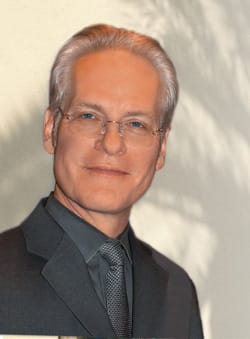 Ask Tim Gunn about the greatest faux pas in fashion for women and he doesn’t mince words: “The cardinal sin is showing too much skin, especially around the waistline!”

The star of Bravo TV’s reality show Project Runway — now in its fourth season — knows his subject. For 24 years, he was an instructor and dean at Parsons School for Design in New York and was recently named creative officer for Liz Claiborne Inc. (whose brands include Juicy Couture, C&C California, Kate Spade, First Issue, and Lucky Brand Jeans). He’s also working on a new television series, Tim Gunn’s Guide to Style. “I thought I would simply quietly retire at Parsons, so most aspects of this are surreal to me,” Gunn says. “But I’m having a blast!”

At Peppertree Bookstore in Palm Springs for a signing of Tim Gunn: A Guide to Quality, Taste & Style (Abrams Image, $17.95), the dapper Gunn laughs when asked how often he must repeat his catch phrases, “Make it work” and “Carry on.”

“Those phrases are ones I invoked at Parsons for years, because they are so very useful,” he says. “But when I think about the frequency with which they are spoken, I’m terrified!”

The book signing was Gunn’s first visit to Palm Springs. “I was initially perplexed on what would be appropriate to wear,” he concedes. Although temperatures are in the 90s on the late April day, Gunn looks cool and comfortable in a charcoal gray suit, crisp black shirt, and silk brocade tie. “Years ago I lived in Kuala Lumpur,” he says, “but that’s different from the hot weather in Palm Springs. I am used to heavy humidity along with the heat.”

In hot weather, he adds, “We’re all simply better off with textiles that breathe — cotton, certainly, but I’m also very much in favor of fabrics that are 2 percent synthetics mixed with the cotton, because it gives a little bit of stretch. Wrinkles and creases occur more frequently in warm weather than in cold. That little bit of stretch helps mitigate that effect.

“I know people who theorize that dressing in warm weather [suggests] an advantage to clothes being baggier, because then they are not hugging the skin,” he continues. “That’s a lot of malarkey! People just end up looking sloppy.”

Gunn suggests that Americans learn from the European sensibility rather than baring their midsections. “Now that it’s much warmer in New York, all the tummies are out, and it’s almost obscene. The bare midriff persists, and they should go away. I don’t know why these women think it’s pretty. I simply don’t get it.”

On Bravo’s Tim Gunn’s Guide to Style (based on his book), he sees his role as a fashion therapist. “It’s about the people and who they are,” he says. “It’s all about ‘who are you?’ and then it’s about ‘how do you navigate yourself in that role?’ What you wear is about how you want to be perceived. It’s about your constituents. Who are these people with whom are you interacting? It makes a difference. I think it’s important for us to be day-, event-, and weather-appropriate while still maintaining style and taste.”