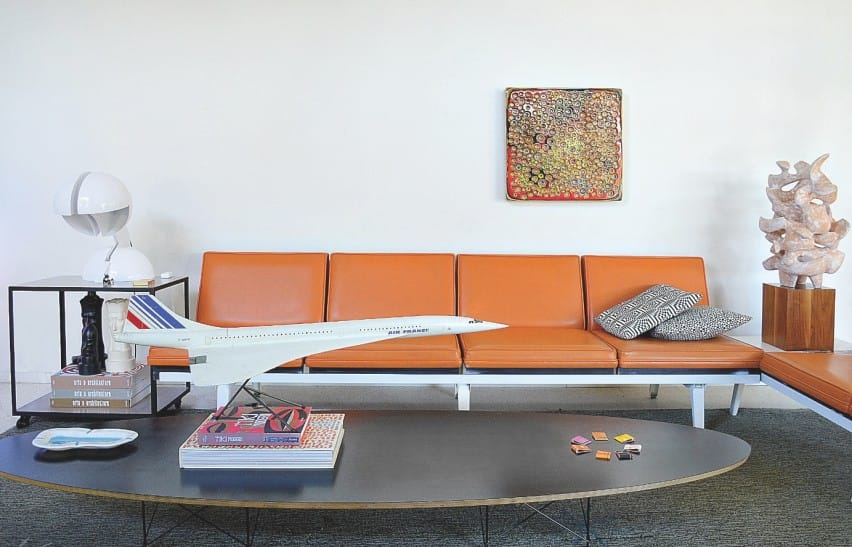 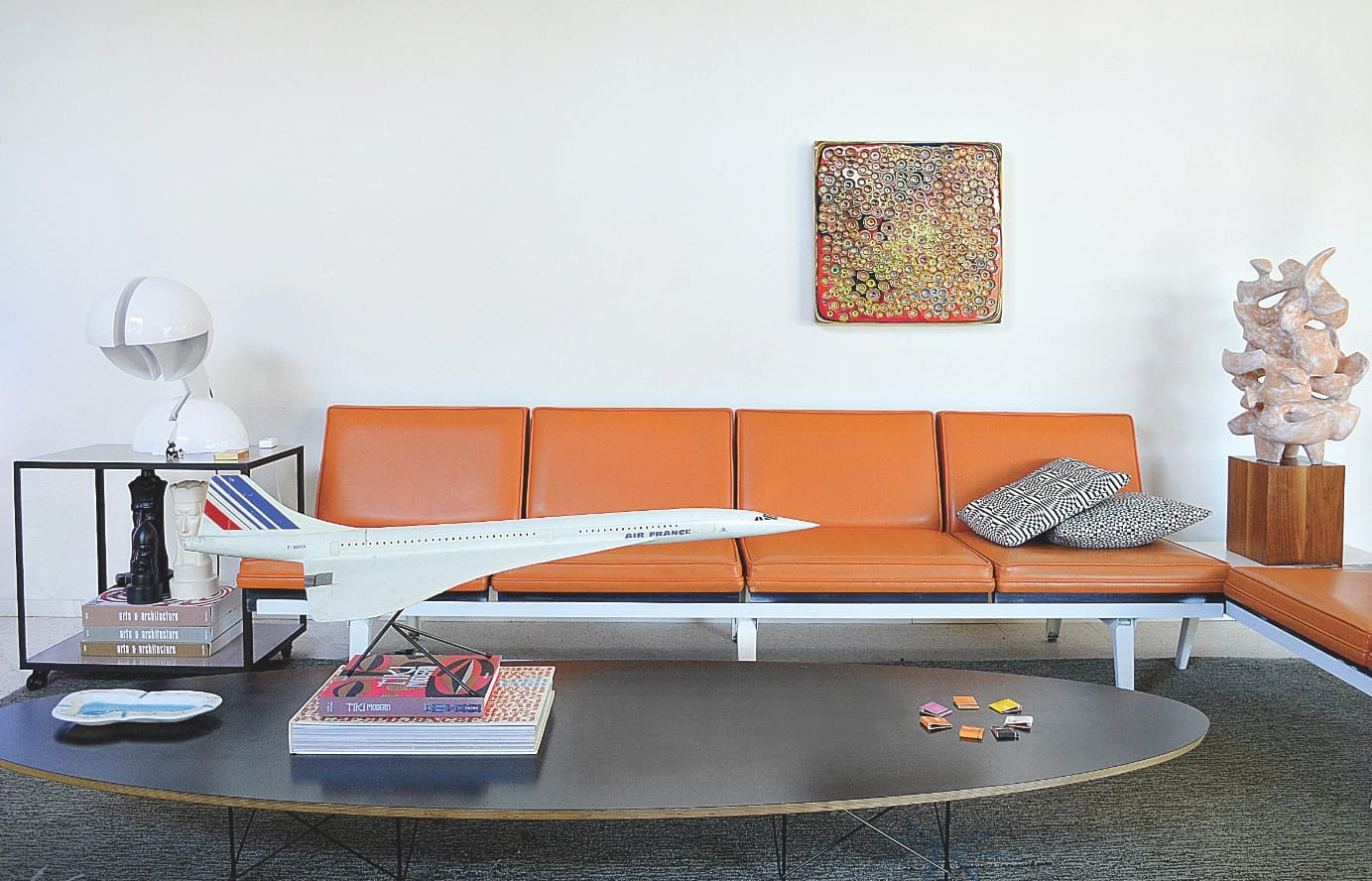 A few midcentury pieces to accent the architecture.

Drawn by a butterfly roofline that reminded him of a Cadillac fin, Chris Menrad rolled up to the house of his dreams — a classic 1956 William Krisel design in Palm Springs’ Twin Palms neighborhood — and began a journey that has become all-consuming.

Menrad, who bought the house in 1999 and restored it in 2006, now counts himself among the converted: those who “get” and evangelize how architecture can change the way you feel about where you live.

The stock trader-turned-real estate agent represents some of the most stunning midcentury modern houses on the market, presides over the Palm Springs Modernism Committee, and this month will release William Krisel’s Palm Springs: The Language of  Modernism, a book he co-edited with Heidi Creighton, a fellow Krisel homeowner in Twin Palms. Menrad says his post-and-beam house “felt right” when he first stepped in. “I knew right away that it was what I was looking for. It had the feeling of another era. It felt like a vacation home.”

Simple features contribute to the timeless appeal of these houses. “The clerestory windows give you a hint of the outdoors, so you’re aware of the light, the weather, and the surrounding mountains and palm trees,” Menrad says. “You get little peeks; it doesn’t reveal everything at once.”

Yet, it took the neophyte about a year to fully appreciate that he had purchased something special — an “Alexander,” as the houses were called (named for the builder George Alexander) — and that each one in Twin Palms, although they appear custom-built, has the same basic floor plan. It clicked in October 2000 when Flaunt magazine published an article about Krisel and the Alexander houses. The feature included Julius Shulman’s black-and-white and color photographs, revealing how the homes were originally designed and painted. Chris Menrad and friend in the home’s entrance.

Menrad eventually tapped into Palm Springs’ robust architecture community to help restore his house to its original glory. Architect/artist Phillip K. Smith III, for example, reconstructed the kitchen cabinets in birch plywood with surface-mounted drawers and doors, as they were done in the 1950s, instead of the European-style flush mount common today.

“Also, the use of pegboard sliders, which was an important element back then, was brought back, but done in a translucent plastic material instead of opaque Masonite pegboard,” Menrad says. “The cabinet between the kitchen and living room was floated on hairpin legs, which was a feature of the Racquet Club Road Krisel/Alexanders that I like and had incorporated here.”

“I was going for authenticity,” he says. “I wanted it to look and feel like it was originally.” Clerestory windows provide views of the palms, mountains, and sky.

While working on the restoration, Menrad learned that Krisel was coming to Palm Springs for an event. “He was surprised and impressed,” Menrad says. “And he told me how to do everything, including how to paint.”

Krisel even designed the landscape of the front yard — a gesture that sprung him into a national conversation about the restoration of midcentury modern houses. “I showed [the garden] to the editorial director of Metropolis magazine, who is a friend of mine, and it turns out they wanted a West Coast example of a restoration to show with their one in Florida,” he says. “The Metropolis article put [Krisel] on the map. He credits me a lot for rejuvenating his name. I’m proud to bring his name more forward.”

Equally satisfying was the house’s Class One Historic Site designation. Krisel endorsed Menrad’s application in a 2009 letter, stating, “In my opinion, this house represents the best restoration of one of my houses designed for the Alexanders in the 1950-1960 era.” Notched beams under the butterfly roof.

Incidentally, prior to the restoration, Menrad listed his house on Vacation Rentals By Owner. A Canadian visitor stayed there and wanted to buy it. When Menrad declined, the visitor contacted Krisel to build a new butterfly-roof house from his old plans; it’s now one of six “new” Krisel houses in Palm Springs.

Since completing the restoration of his house, Menrad and architect/friend J.R. Roberts, now a Palm Springs City Councilman, have restored three other Krisel/Alexander homes with Krisel’s guidance. So it hardly comes as a surprise that he and Creighton would coordinate the publication of a book about the architect’s work in the desert. “I always wanted to do a book, but didn’t have the time,” he says, adding that he enlisted expert writers, including Alan Hess (Palm Springs Weekend), photographer/technician Darren Bradley, and art director Gary Wexler.

“It’s about giving William Krisel broader recognition — to communicate what [his houses] were originally like in the Coachella Valley. Hopefully it will spur another person to do something bigger, more scholarly.”

Meanwhile, Menrad says he was fortunate to have befriended and worked with Krisel, and that he’s seeing his efforts influence the work of others who are restoring midcentury houses in Palm Springs.

William Krisel is the subject of two Modernism Week programs this month: