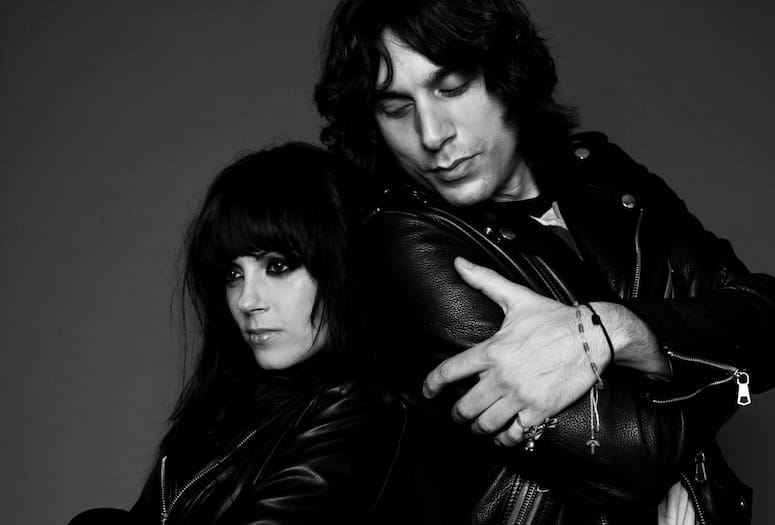 They are a powerful trio of modern day musical revolutionaries that ride the cusp between hard rock and folk-protest music. They move from aggressive rock riffs with arousing vocals to acoustic ballads with sweet melodies.

Delila Paz’s illuminating lyrics exposing social injustice are poignant and lucid. In either configuration, the provocative rebel songstress shines. TLI sound like what might happen if Joan Baez and Bob Dylan ever joined forces with Rage Against the Machine, and it works! Guitarist Edgey Pire emboldens Delila's socially relevant lyrics with gritty rock tones, forming an aggressive rhythm section punctuated by Brad Wilk's forceful drum chops. The former Rage Against the Machine drummer pushes the duo, whose roots are deeply planted in folk music, with an intensity that serves the music and it's message well. Edgey Pire & Delila Paz began as a duo in New York. who wrote their first songs protesting violations against the labor force and human rights.Their first gigs were protest rallies and political conventions. They were out to  carry  the torch lit by folk musicians and political activists like Bill Ayers (Weather Underground) and the late, great folk singer and musical activist, Pete Seeger. They are part of the  Rebel forces that carry instruments rather than guns, singing for equality, peace, and freedom, and their messages send shock waves of raw emotion to the ears of all who will listen. Music is their page, the lyrics are their pen, and their recordings document the injustices of their generation for the musical history books of the future.

The Last Internationale (TLI) will headline the 13th annual Joshua Tree Music Festival, which runs May 14-17. Palm Springs Life caught up to the band via email.

Edgey: "Before the band, I was a campus organizer, writing books, and studying political science and social movements. When I discovered Son House, I decided music was a much better organizational tool and immediately hit the road with TLI, leaving my degree behind. TLI formed out of a need to write protest music that was relevant to the times. Nobody is really doing it, so we figured we might as well be the ones to fill that void. We've been doing it ever since and don't plan on stopping any time soon.”

Delila: “If I can do only one thing in this world it would be to reveal some of the wrongs that are being done to working class people at the hands of the capitalist class. I've been reading the Frederick Douglass Narrative. In it he writes that "Slaves sing most when they are most  unhappy. The songs of the slave represent the sorrows of his heart; and he is relieved by them, only as an aching heart is relieved by its tears. Every tone was a testimony against slavery, and a prayer to God for deliverance from chains. Music gets to the core of it all, to the deepest emotions. As a band we not only want to go to the core of the emotional human spirit, but also bring a sense of dissent and rebellion in everything we do.”

The duo met former Rage Against The Machine guitarist, Tom Morello, through mutual friend, Boots Riley (Street Sweeper Social Club) and he became an instant fan of their music. They were looking for a drummer and Tom hooked them up with Wilk, his long time band-mate in RATM and Audioslave. It was an instant match, and the three immediately began laying the foundation for their debut full-length record, We Will Reign. They were signed to Epic Records and began working with Morello and producer Brendon O' Brien, who has worked with Pearl Jam, Rage Against The Machine, RATM, Audio Slave, Red Hot Chili Peppers. To say the fledgling group were in good hands is an understatement. The Last Internationale's recordings document the injustices of their generation.

Life, Liberty and the Pursuit of Rock

Delila: "Tom heard of our music from his friend and bandmate Boots Riley about two years ago. Since then he has become a mentor and a great friend. We asked him to executive produce the record because we wanted him to be a part of it, especially since we would be recording with Brendan O'Brien and they know each other well. One day he came into the studio to listen to a few tracks and called it the "greatest hits" record, which was really cool.

Working with O'Brien, Brad Wilk, and Tom Morello has helped us to grow as a band, but our sound has always been an eclectic mix of folk, blues, and rock. We toured as a rock n roll band for years before recording We Will Reign. The heavier we get as a band, the more we go back and 'folk it up' as well. As a singer I have grown and changed since the first recordings and am continuing to change as I go deeper into knowing what I can do as a vocalist.”

The Last Internationale has hit the ground running since they recorded We Will Reign. They have toured with Robert Plant, Weezer, Kings of Leon, Neil Young, Scott Weiland and the Wildabouts. They are all looking forward to chilling out in the high desert.