The Leaf on El Paseo Has Soft Opening March 1; Official is March 14 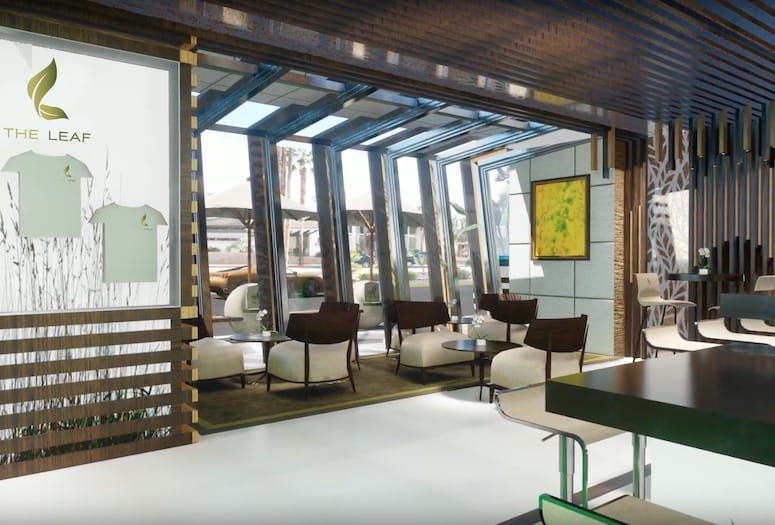 Expect the interiors to The Leaf to be upscale for its location on El Paseo in Palm Desert.
RENDERINGS COURTESY THE LEAF

“Our focus is to get people to understand the beauty of cannabis,” says Paul Cotterell, general manager of El Paseo’s newest attraction, The Leaf.

However, The Leaf is more than another name on the growing list of pot shops sprouting throughout the Coachella Valley. Devoid of hippie-trippy decor, The Leaf looks more like something you’d see in a sci-fi movie where marijuana shops are integral to the community, its edifice a cross between an Egyptian temple and alien craft. Which may be the point, as Cotterell reminds guests that cannabis is as important today as it was thousands of years ago.

The Leaf will “Kick some energy into El Paseo,” Cotterell says. “We will add more to the community.” 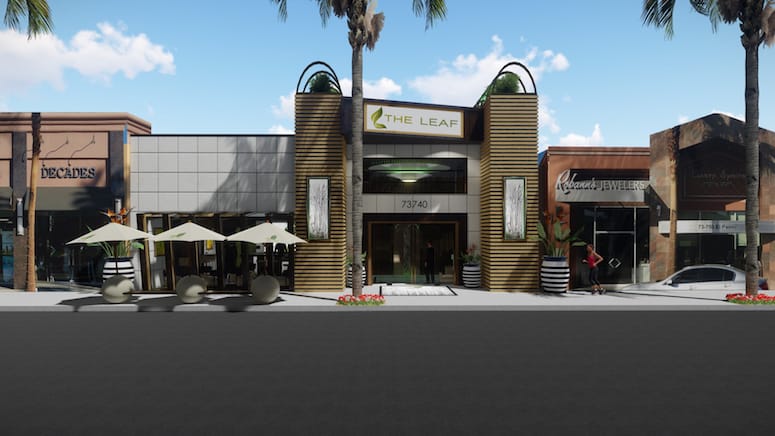 Despite initial pushback from locals, citing risks such as criminal activity and harm to children, The Leaf persevered and prevailed. In response, Cotterell says, “We understand and promote only the proper, safe, and most-effective use of cannabis. It’s all about education.” The shop aims for a March 4 opening and a March 14 official grand opening.

While The Gardens or The Shops (Saks, Gucci) represent El Paseo’s standard, The Leaf attempts not only to redefine the dispensary experience but also the overall perception of dispensaries. “We accept all people, we want everyone to shop here,” Cotterell says.

The Leaf not only aims to change people’s attitudes toward marijuana with style, it also wants to win hearts and minds by partnering with the community and making a positive difference in people’s lives. “Our goal is to extend ourselves to the community to further cannabis education, especially amongst seniors and veterans,” Cotterell says.

The Leaf is committed to purveying only select products tailored to suit individual needs, all within in a setting that befits the upscale vision of the Palm Desert destination. 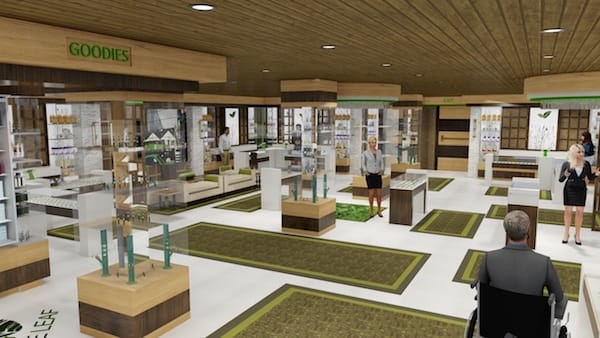 The Leaf  aims to change people’s attitudes toward marijuana with style.