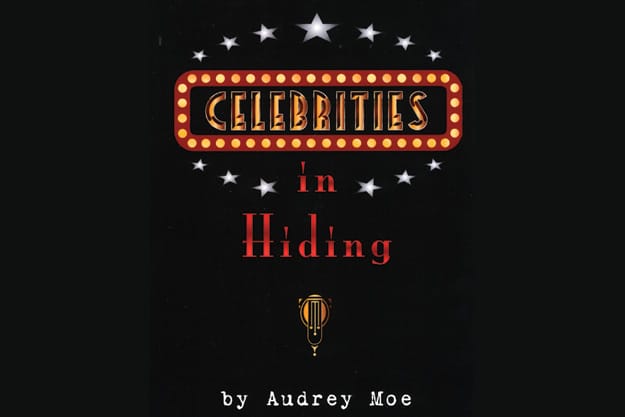 Audrey Moe (Beachwalk, Desertwalk) reveals never-before-told stories about some of the world’s biggest entertainment, political, and business luminaries who spent time in the desert north of Interstate 10.

If Palm Springs lies below the radar for celebrities seeking a private retreat, Desert Hot Springs must be invisible. In her new book, Celebrities in Hiding, local author Audrey Moe (Beachwalk, Desertwalk) reveals never-before-told stories about some of the world’s biggest entertainment, political, and business luminaries who spent time in the desert north of Interstate 10.

One night, Moe writes, she was dining at Two Bunch Palms Spa and Resort and spotted Barbra Streisand at the next table. “Where else,” she writes, “could she have had dinner out and remain totally undisturbed?” Years later, she saw Martha Stewart at another local restaurant. Moe began asking longtime residents about the area’s well-known guests, and “stories about movie stars and famous people exploded like popcorn in a microwave.”

The resulting book is full of fascinating details and many firsthand accounts about people such as Gene Autry, Frank Sinatra, Peter Lorre, John Travolta, Jennifer Jones, Cary Grant, Mamie Eisenhower — even Al Capone. They came to the area to “hide out, help out, and hang out,” she says.

“When I wrote it,” Moe says, “I tried to bring out aspects of celebrities that are not generally known or perceived about them.”

And Sinatra would quietly send his trusted valet Dante to Desert Hot Springs with stacks of white envelopes full of money to help families in need. Dante would make the trip in a borrowed car — Sinatra’s distinctive FAS license plates were too noticeable — and anonymously slip the money under doors, according to accounts in the book from Sinatra’s personal attorney, Judge Jim Walsworth. Sinatra would also save 15 or 20 dogs a month from local shelters and find them homes. “If you stayed any amount of time at his compound,” Walsworth is quoted, “you left with a dog.”

Celebrities in Hiding is available at www.walkpublishing.com and www.amazon.com