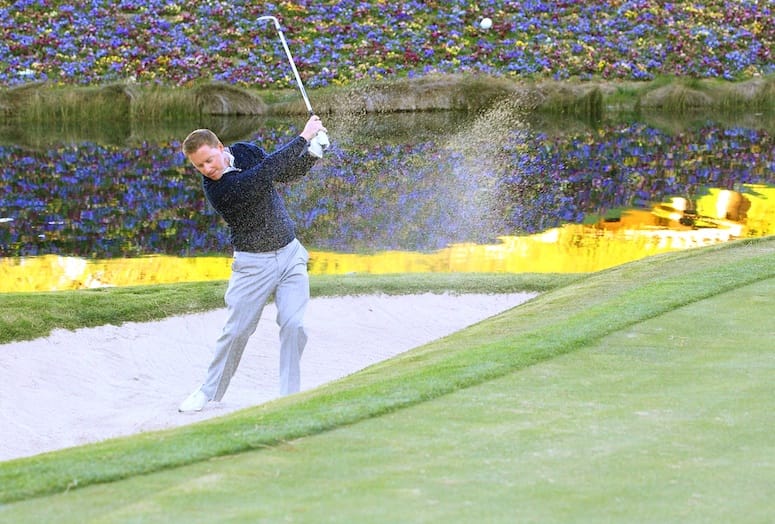 With the golf season about to tee off in the Coachella Valley, David Woods is looking forward to reconnecting with people he values highly — the members of The Vintage Club in Indian Wells.

“The best part of my job is the time I get to spend with the members every day,” says Woods, who is entering his seventh season as the club’s PGA director of golf.

“This is a very unique place,” Woods says of The Vintage Club. “It’s basically a camp for adults, and we want to make sure everyone is having a good time.” The interaction Woods has with the club’s esteemed members can be as casual as walking the driving range or as structured as providing formal golf lessons. The intent remains consistent throughout, ensuring that the members experience the enjoyment that brought them to the club’s two 18-hole, par-72 golf courses in the first place.

“Every golfer has a level of expectation,” says Woods, 39, who was named to Palm Springs Life's 40 Under Forty this year. “Sometimes it doesn’t meet their athleticism. It’s our job to get the best out of them and help them improve in some way so they feel like they’re moving a step forward.”

Woods’ own introduction to golf was not typical. A native of Winnipeg in Manitoba, Canada, Woods’ first athletic foray was, of course, hockey. His grandmother introduced him to golf, and initially it served as another athletic outlet with friends.

As his interest and success with golf grew, however, hockey took a back seat. After college, Woods made his first trip to the Coachella Valley, in 1997, a move that would seal his future here.

“I came to the desert to play some mini tour golf — they had the Desert Tour here at the time,” he says. “Once I got to that point, my focus changed more to be a club professional.”

A year later, he and his wife, Heather, became permanent residents of the Coachella Valley, with Woods hired on to be the assistant pro at Indian Ridge Country Club in Palm Desert. Five years later, he became the director of golf at Indian Ridge and then moved to The Vintage Club.

The Vintage Club offers the Tom Fazio–designed Mountain and Desert courses, ranked by Golf Digest as California’s 25th and 26th best courses, respectively. Woods says Fazio recently remodeled the back nine holes of the Mountain Course in time for the season’s November kickoff.