Bobby, played by Billy Eichler, says he is 40 years old and never been in love. The gay rom-com opens Cinema Diverse on Sept. 15 at the Palm Springs Cultural Center.
PHOTOGRAPH COURTESY UNIVERSAL PICTURES

The Coachella Animal Network will hold a multi-services, affordable clinic for dogs and cats at the Special Events Center at Fantasy Springs Resort Casino from 10 a.m. – 2 p.m. Services offered include a spay and neuter clinic on both days, appointments are required; vaccine, microchip, and licenses are offered on Sept. 13 only with no appointment necessary.

Gidget”, Frankie, and Annette beach party epics, and Hitchcock psychological suspense thrillers such as “Spellbound” and “Marnie” are given a shotgun marriage. Chicklet Forrest, a teenage tomboy, desperately wants to be part of the surf crowd on Malibu Beach in 1962. See it at Desert Rose Playhouse in Palm Springs. 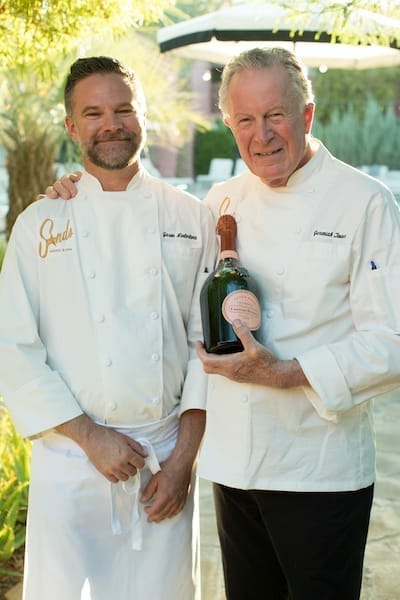 CABANA UNDER THE STARS: SEPT. 15

The godfather of California Cuisine, Chef Jeremiah Tower, joins Pink Cabana Chef Jason Niederkorn to present an unforgettable evening at The Pink Cabana inside the Sands Hotel & Spa in Indian Wells. The evening begins with a starlit, poolside reception with Champagne and caviar followed by a 6-course expertly curated and collaborative prix fixe menu with an exceptional pairing of wines and cocktails. Reservations required.

Cinema Diverse, the LGBTQ+ Film Festival, offers in-person screenings to mark its full return and its 15th anniversary. Opening night features Bros from Universal Pictures, marking the first rom-com gay film from a major studio. A full slate of films follows including Brotherly Lies, which makes its big screen debut and will feature appearances by the director and cast. The Cinema Diverse lineup also includes short films and documentaries — the latter highlighted y the screening of All Man: The International Male Story, which made its world premiere at the Tribeca Film Festival.

VIDEO: Watch a preview of the film, Bros.

The Rancho Mirage venue hosts films on tree consecutive Fridays starting Sept. 16 with Murder on the Orient Express. Admission and parking is free. Filmgoers are encouraged to bring lawn chairs, blankets, and small picnics. Large coolers, alcohol, smoking, and pets are not permitted. Films may be canceled at any time due to weather conditions, including rain, lightning, or strong winds.

His successful climb began in 2012 with the album, "El Muchacho," which hit No. 1 on Billboard’s Top Latin Album chart. See him at Morongo Casino Resort & Spa.

This concert was originally scheduled for February but had to be rescheduled. A tribute to Carlos Marin is featured and also special vocalist Steven Labrie will appear at Fantasy Springs Resort Casino.

Hailed as one of the “most important bands in music since the dawn of the rock and roll era,” the legendary rock band, Chicago, takes the stage at Fantasy Springs Resort Casino. The group recently received the Recording Academy’s Lifetime Achievement Award from the Grammys. The prestigious award celebrates performers who have made outstanding contributions of artistic significance to the field of recording 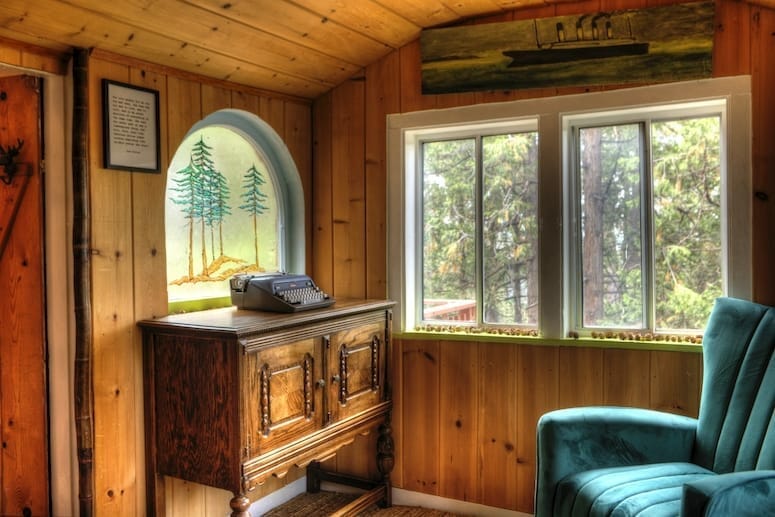 PHOTOGRAPH COURTESY IDYLLWILD AREA HISTORICAL SOCIETY
Grab a map and take a tour of five rustic homes in Idyllwild. Check out the Idyllwild Historical Museum, too.

Tour unique mountain homes to help raise money for the Idyllwild Area Historical Society and Museum. This annual event is back for the first time since 2019. While you are there, stop in at the museum to gain directions to The Hidden Lodge, where Elvis Presley filmed a big portion of Kid Galahad, alongside Charles Bronson, Gig Young, and Ed Asner.

John Garcia and the Band of Gold and Billy Steinberg headline a benefit concert at 8 p.m. at the Annenberg. The winner is Coachella Valley pets. The money will go toward funding scholarships for veterinary technicians, which are sorely understaffed at vet practices across the desert. The initiative came from Amy's Purpose, a nonprofit created by DeAnn Lubell to warn of pet predators and expanded after she had trouble having her own dog seen by a vet.

Known for his scene stealing abilities, actor, producer, writer and comedian Ken Jeong has established himself as one of today’s top comedic stars. He can be seen as a judge on the FOX hit celebrity reality singing competition, The Masked Singer. McHale is an actor, comedian, and television host who can currently be seen in Season 2 of the DC Universe series Stargirl on the CW and Queenpins, a comedy based on a true story, alongside Kristen Bell as her husband now streaming on Paramount+. See them together at Agua Caliente Resort Casino Spa. 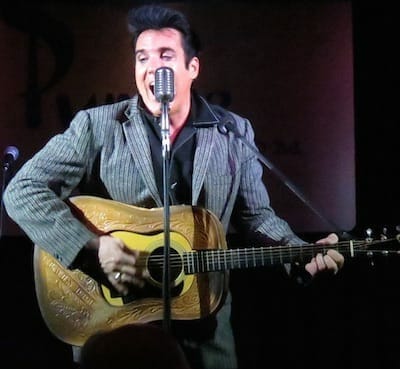 Get ready to rock with a Palm Springs’ favorite in his acclaimed show Elvis: The Early Years – a rollicking, uncanny trip through the legendary songs of the King himself at the Purple Room supper club. As close as you can get to Elvis without visiting Graceland.

Founded in 2011 in the small town of Holtville, California, this band has become the most respected and trend setter Selena tribute band in the nation. They replicate the look, sound and feel of the Tex-Mex queen. The eight band members have developed an amazing on-stage chemistry. See them at Agua Caliente Cathedral City.

• READ NEXT: Michael Holmes Shares How His Purple Room Supper Club is Back and Thriving Again.