Learn to make meals inspired by China, South Korea, and the Philippines. Chef Shannon Bush has been a plant-based chef for over 30 years. She has worked as an executive chef, head baker, caterer, and culinary instructor.

Register to join our Friends of the Desert Mountains’ volunteer docents for a nature walk in Blixseth Mountain Park. The park features native desert landscape, walking paths and benches for observing desert vistas, plants and geography. Learn fun facts about desert flora and fauna. This is a leisurely ½ mile narrow walking path on uneven terrain with no elevation gain and little shade. This path is friendly to dogs on a leash. Bring 1 liter of water, a sun hat, sunscreen and wear close-toed shoes. 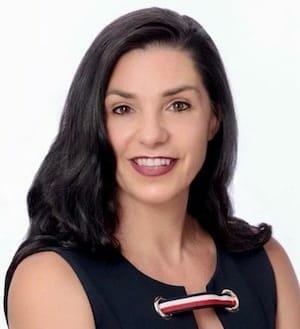 Walk of the Stars Palm Springs will honor Michele Kanan with the 452nd Star. An Emmy award winning producer, and an Emmy award nominated writer and director, Kanan has proved herself as a triple threat in the entertainment business. Kanan got her start when her breakout music video, “I’m a Soap Star,” became an internet sensation. Of late, she has been the executive producer for “Studio City,” produced “Colonials,” and held a directorial role in the feature, “Vino Royale.” Outside of television, she designed and edited the books, “Way of the Cobra” and “The Modern Gentleman: Cooking and Entertaining with Sean Kana.” 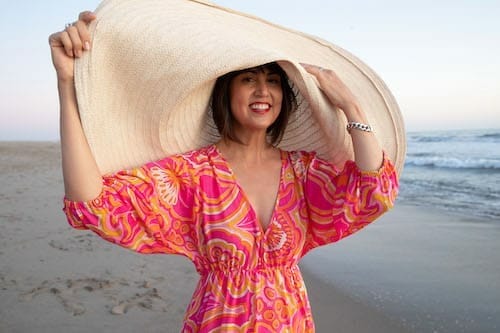 Trina Turk is celebrating its Palm Springs boutique’s 20th anniversary with an in-store event on from 5–7 p.m. Trina Turk will be in attendance, KCRW’s DJ Anne Litt, and the Palm Spring team. Join the Trina Turk team for specialty cocktails by Spa Girls Cocktails, fun photo opps, light bites and giveaways! Make sure to dress in a Trina Turk or Mr. Turk print.

There will also be a custom patch station with a seamstress on site where guests can have patches sewn onto something from Trina Turk they have purchased over the years or items you purchase the night of. A portion of Trina Turk event sales will benefit Palm Springs Modern Committee as their charity partner.

Kirk Wallace Johnson conducted dozens of interviews to pen The Fishermen and the Dragon: Fear, Greed, and a Fight for Justice on the Gulf Coast, an engrossing investigative account of racial conflict among fishermen on the Texas Gulf Coast in the 1970s. Hear about it at the Rancho Mirage Library.

The multi-day event, part of Parkinson’s Resource Organization’s Caring Forward Until There is a Cure Campaign 2022-2023, will raise money for the organization, which provides emotional support, practical resources, one-on-one coaching, information, and more to the Parkinson’s community in Coachella Valley and across the nation. Participants, including chefs from local restaurants, home cooks with Grandma’s secret recipe, and surprise celebrity guests, will compete for first, second, and third place prizes at each event, although the real winners will be the attendees, who get to taste more than a dozen unique takes on brisket at an evening cocktail event at the National Kick-Off at Shadow Mountain Golf Club.

Script2Stage2Screen opens its 2022-2023 season with a new original play, Don’t Vote For Me. Kerr Lockhart of Frederick, MD is the playwright. “Set in a small town somewhere in middle America, this timely political feel-good story asks how far you would go to save the heart and soul of your hometown”, says Hal O’Connell, the director. Nominated by the Desert Theater League for “Best Director – Staged Reading” for A Night in Puglia last season, O’Connell has assembled a cast of three S2S2S favorites and three newcomers to the S2S2S company. Script2Stage2Screen is the performing arts project of the Unitarian Universalist Church of the Desert in Rancho Mirage. 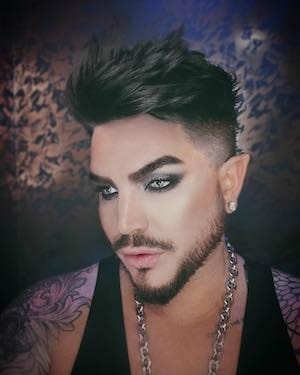 American Idol alum and Grammy nominee Adam Lambert’s spectacularly spooky “The Witch Hunt” tour touches down at Agua Caliente Resort Casino Spa in Rancho Mirage. Known for his dynamic vocal performances that fuse his theatrical training with modern and classic genres, Lambert burst out of the gate with 2009’s For Your Entertainment, which showed off his dance floor strut and pop star sheen, while 2012's Trespassing allowed Lambert to work out his first-in-class tenor on emotion-laden ballads as well as funk rockers. Lambert has sold more than 3 million albums and 5 million singles worldwide.

Riverside County Master Gardeners, Desert Horticultural Society, and UCR Palm Desert present Coachella Valley Garden Day. This free, family-friendly event is an interactive day of learning from gardening, landscaping and horticulture experts. This event is for everyone in the community — from Coachella Valley gardening newbies to experienced green thumbs — with an emphasis on sustainable landscaping in a dryer, hotter desert climate. No RSVP necessary.

Bike, backstroke, and bound your way to the finish in this race at the Lake Cahuilla Recreation Area in La Quinta. Choose from four distances, depending on your level, from the Alpha Sprint for triathlon newbies to the intense Alpha Full for seasoned endurance athletes.

Marking its 15th year, this special concert raises funds for the Desert Autism Foundation. Held at Tack Room Tavern in Indio, the event features activities for kids, a silent auction, and raffles, in addition to live music.

After moving to Mazatlán, the singer-songwriter carved his place within the Regional Mexican music style. Catch him in Coachella at Spotlight 29 Casino. 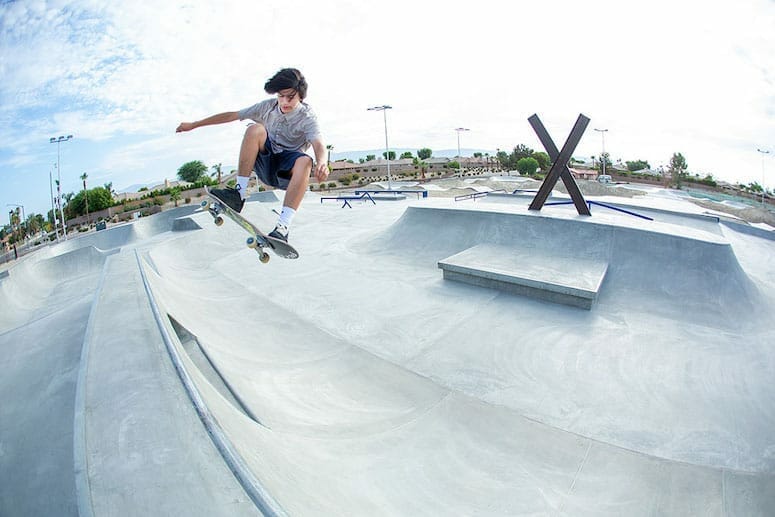 Join the City of La Quinta and Action Park Alliance for the official grand opening of the La Quinta X Park. The ribbon-cutting event will start at 11 a.m. Admission is free. There will also be a best trick contest, pump track race, pro demo, and free giveaways.

Star Party in the Mountains: Oct. 22

Join members of the Astronomical Society of the Desert for fun “sky tours” and direct observations of the night sky through telescopes and binoculars. This is a family event. Minors must be accompanied by parent or guardian. Hosted by the Santa Rosa & San Jacinto Mountains National Monument Visitor Center. Sponsored by Friends of the Desert Mountains. For more information, call 760-862-9984.

Get ready to Prost to Oktobeerfest with Agua Caliente Casino Cathedral City. This fun event will take place from 6 p.m. to midnight and includes special Oktoberfest beers and food for guests to experience as well as live music courtesy of DJ Alf Alpha. The event is free to attend and will also feature slot promotions, games, and raffles!

A dozen local and national beer vendors will be set up offering guests a vast beer selection. Beer lovers or those looking to find their new favorite brew, can purchase a Beer Tasting Package for $25 consisting of 5 drink tickets (each ticket allowing a 4–5-ounce pour) and a complimentary plastic stein to take home for future imbibing. All guests must be 21 and over to attend. 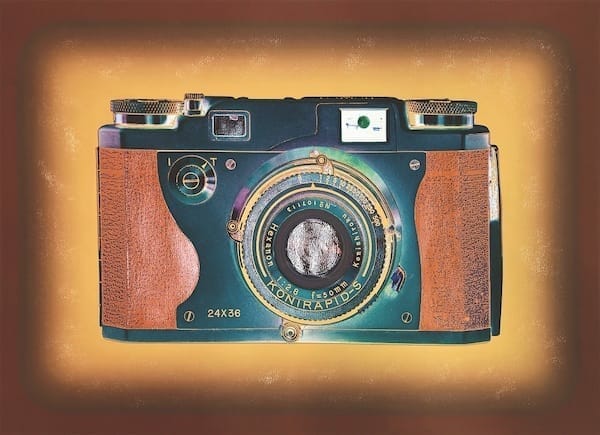 This is the final weekend to visit the studios of artists across the High Desert, such as L.A. Marler, who has taken permanent residency this month and opened her studio at 5957 Sunset Road in Joshua Tree. Marler creates authentic photography with flair, using mechanical media tools from the midcentury era, focused around vintage typewriters, cameras, radios and televisions. mbcac.org/pages/hwy-62-open-studio-art-tour

The Santa Rosa and San Jacinto Mountains National Monument manager leads this 5-mile ramble on the Pacific Crest Trail in celebration of the monument’s 22nd year. Keep an eye out for the elusive Peninsular bighorn sheep.

• READ NEXT: Dîa de los Muertos: The Meaning, Traditions of Mexican Holiday in the Coachella Valley.