Things to Do This Weekend: Michael Jackson, 'Avenue Q' 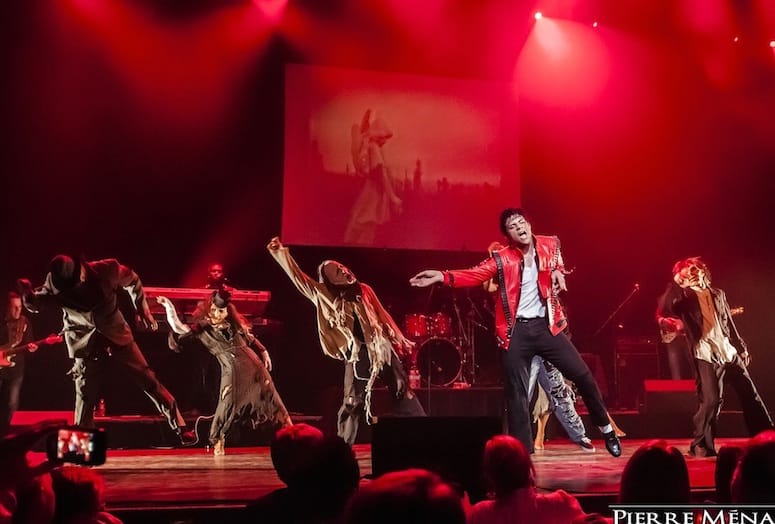 FILM
Sal Mineo Revealed
Actor Val Lauren will participate in a Q&A Nov. 9 after the screening of the film, "Sal", directed by actor James Franco ("Oz: Great and Powerful", "Pineapple Express", and "127 Hours"). The film is a biopic of the late actor Sal Mineo and focuses on the day he was killed in 1976 with flashbacks on his life.

Watergate
A black and white documentary from 1974, "Who Shot Alexander Hamilton", which focuses on the Watergate hearings by Saul Landau Nov. 9 at Cal State San Bernardino's Palm Desert Campus.

ART
What an Affaire
Rancho Mirage will play host to its annual Art Affaire, Nov. 9-10, at Whitewater Park. Watch our VIDEO of one of the artists showcasing his work. Mexican Revolution
This show covers the early years of the revolution in more the 400 glass negatives (pictured at right) at the University of California Riverside-Palm Desert campus.

FOR A GOOD CAUSE
Shelter from the Storm
The 13th annual Hats Off Luncheon is a fundraiser for the shelter, which provides assistance to victims of domestic violence and their families. There will be live entertainment, a silent auction and a domestic violence survivor sharing her story.

Rosie's Kids
This wine and cheese tasting fundraiser helps families enroll their kids in extracurricular activities they normally would not be able to afford. Sip a fine vintage at the 12th Floor Wine Bar at Fantasy Springs Resort Casino in Indio.

It's a Dog's Life…or Cat
Animal Samaritans invites you to bring your dog and take a walk to support this free event. There will be pet vendors, food vendors, animal blessing, dog walk to raise money, Frisbee dogs, K-9 dog show and more at Sunrise Park in Palm Springs.

WALK OF STARS
You're a Shining Star
Bella da Ball, also known as Steve Wanzek, will be honored Nov. 9 for his drag counterpart, who is one of the most recognizable people in Palm Springs from numerous charity functions hosted over the years. Watch our VIDEO to hear Bella explain where her name came from.

YARD SALE
Historical Society of Palm Desert
This two-day sale, Nov. 9-10, benefits the historical society and promises to have what you're looking for. One Woman Show
Palm Springs' own Bobbie Eakes takes the stage at the Annenberg Theater and will share it with the Palm Springs High School Madrigal Singers for a number or two. Read our interview with Bobbie.

Rock Your World
The Hard Rock Hotel Palm Springs debuts the live musical act Nov. 9 it promised upon opening, "Top Rock" by The Edge Series ensemble featuring music from Aerosmith, Journey, The Beatles, and more. Watch our VIDEO as they rehearse, and hear from director Trini Garza of Troupe Productions.

Bob Hope's USO Show
Relive what Palm Springs icon Bob Hope brought to our troops overseas in this tribute performance by Bill Johnson and the Swing Dolls, who will sing numbers by The Andrews Sisters and McGuire Sisters Nov. 10 at the Palm Springs Air Museum. The King of Pop
"Moonwalker, The Ultimate Michael Jackson Experience" lets you hear your fav songs from the King of Pop Nov. 9 along with amazing dancing and costumes at the Spotlight 29 Casino in Coachella. "Master Class"
The story of Maria Callas teaching the dynamics of Opera to new students Nov. 8-10 at the Coachella Valley Repertory Theatre in Rancho Mirage.

REASON TO CELEBRATE
Air Museum turns 17
The Palm Springs Air Museum celebrates its 17th anniversary by unveiling an F-105 fighter plane that was salvaged and restored by the museum staff. Read our story and the day's activities.