'Tom in America' Touches on Gay Feelings of Married Men 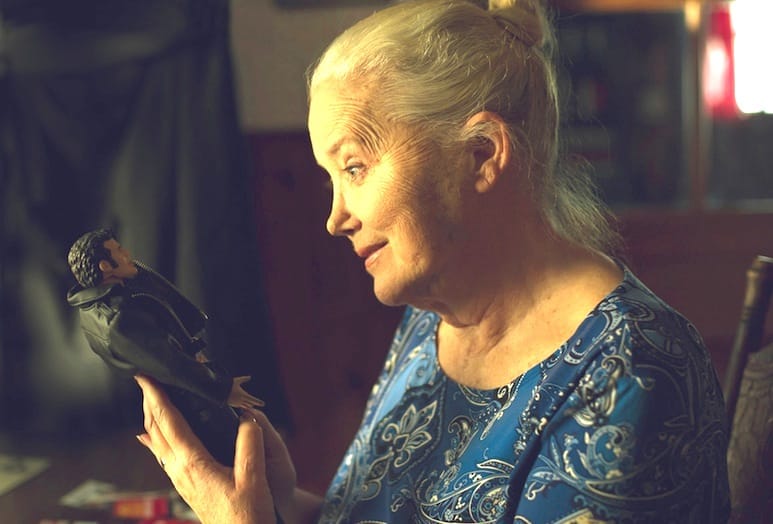 “That was before Hair, before Oh Calcutta,” recounts Kirkland. “Nudity has never been a problem for me. I guess I like my body.”

The Oscar-nominated actress is now in her early 70s, but her attitude has remained steadfast. So when director Flavio Alves approached Kirkland about doing a nude scene in his short, Tom in America, she was receptive within reason.

"I told Sally I wanted to show her in a way where it's not the main focus but it will still help the story,” Alves says. “We don't concentrate on the nudity." The scene is part of a pivotal emotional clash between Kirkland and her husband played by fellow Oscar nominee Burt Young (who played Pauley in all of the Rocky movies). The 16-minute film explores the arousal of homosexual feelings in an older married man spurred by finding a gay-themed doll, Tom in Finland, and its impact on the 50th anniversary of his marriage.

“I love the emotional scene I have with Burt,” Kirkland says. “It’s a favorite moment in acting in a while.”

Tom in America will screen June 20 with eight other films under the title, The Things We Do For Love, during the Palm Springs International ShortFest at Camelot Theatres. Five other venues will also be used to screen movies during the week-long fest that opens June 17.

Alves (pictured above with Young) has brought films to Palm Springs before. His 2010 entry in the Palm Springs International Film Festival, The Secret Friend, received "Best of the Fest".

“It's a perfect place for a world premier,” Alves says. “After that, we'll go to Montreal. I'll also go to all the festivals in Europe. We're going to be traveling a lot with this film for the next two years.” Kirkland, who was just in town to see her former acting student, comedian Kathy Griffin perform, believes Palm Springs’ gay and senior-aged communities will respond to the film.

“I was very touched by the story,” says Kirkland, who once commuted to Los Angeles from her home in Morongo Valley. “It just really appealed to me. I really felt for these two people. I think people will relate to it. I just bet it will strike a chord.”

Kirkland won’t be able to make the screening due to work on another short film, Black and White, taking place in Temecula. She has two others in post-production, Buddy Hutchins, starring Jamie Kennedy, and Suburban Gothic with Criminal Minds star Matthew Gray Gubler.

But Kirkland says she’s ready if Alves is successful in expanding Tom in America into a full-length feature. For his part, Alves believes it’s important to continue to push senior issues on the big screen.

“The elderly issues are very, very important to me,” he says. “I want my work to address the full range of issues that seniors are faced with on a daily basis. This is a group of people who have been forgotten, overlooked. I hope my films help to educate people about our seniors, about their specific needs and their struggles.”