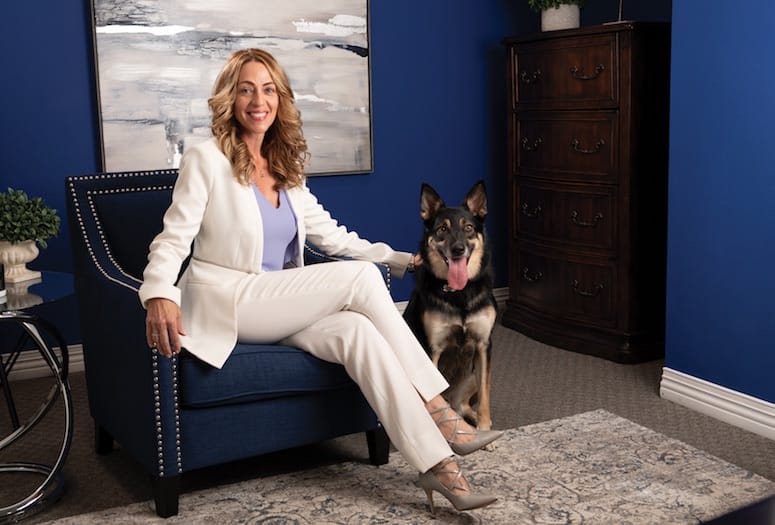 Valerie Powers Smith relocated with her husband to the Coachella Valley in 2008, and has found the area perfectly suited to her.
PHOTOGRAPH BY ETHAN KAMINSKY

“I practice in the areas of trusts, estates, and probate, as well as, special needs and elder law,” Valerie Powers Smith says of her work at the Coachella Valley’s largest and fastest growing full-service civil law firm, Slovak Baron Empey Murphy and Pinkney, where she is also  a Partner.

It is a position that she has been working toward her entire life. Although she grew up in Bucks County, Pennsylvania in a family of medical professionals, she announced at the age of 5 that she intended to become  an attorney.

• READ NEXT: Read more about our Visionaries Class of 2019.

Powers Smith relocated with her husband to the Coachella Valley in 2008, and has found the area perfectly suited to her. “As a former athlete, my health and fitness are a priority — maintaining a Paleo lifestyle, running, exercising my rescue pup, and riding and playing polo with my polo pony,” she says. “The Valley’s climate is ideal for my lifestyle.”

The area also perfectly fits her career. She enjoys the challenge of complex issues at Slovak Baron Empey Murphy and Pinkney, such as with the retiring and aging populations, families with special needs, and blended families. “I love being an attorney and helping individuals with the sensitive issue of planning for their death,” she says.

“There is great satisfaction in being able to put one’s mind at ease.”
Moreover, she adds, “being involved with the planning side aids when the inevitable challenges arise during one’s elder years or after death. I take the obligation of seeing that my clients’ wishes are abided by seriously and do what I can to advocate for the same, when challenged, either before or after their death.”

VIDEO: Valerie Powers Smith talks about how she enjoys the challenge of complex issues.