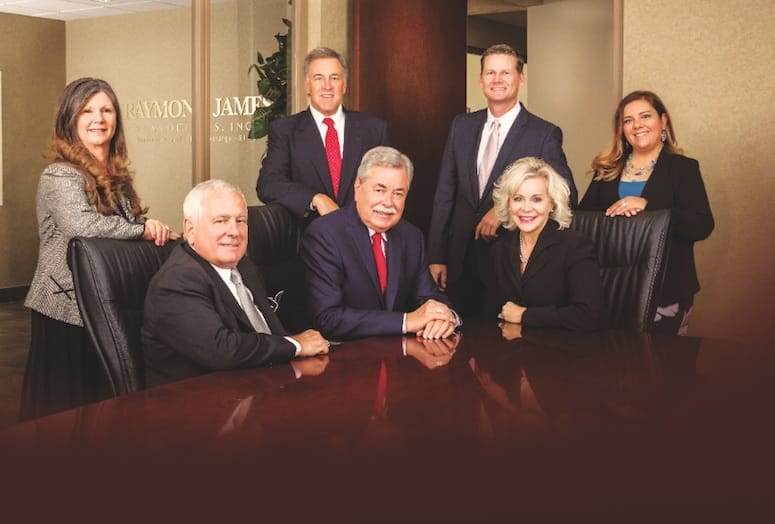 In 2006, when Bill Lynch opened the first Raymond James branch office in Nashville, the marketplace knew only one thing about the firm’s brand: Raymond James Stadium in Tampa would soon host the Super Bowl.

“Now, Nashville has an office of 25 advisors with approximately three billion dollars of assets,” says Lynch, the recently installed Raymond James Branch Manager in Palm Desert. “We want to do something similar here.”

Lynch and his wife are now full-time residents, living in Mission Hills in Rancho Mirage. Lynch has maintained a vacation home here since 1997, and he and his wife were excited to move here when he was offered this opportunity.

“The goal for this office is to enhance the image of Raymond James in the community,” Lynch continues. “The Advisors in our office have been involved in several community organizations. I look forward to joining them in that involvement.”

“We are seeing a lot of growth in the desert today,” Lynch observes. By 2020, the population is projected to be 500,000. This growth presents an opportunity for Raymond James to grow with the area to serve the needs of high-net-worth individuals and families.

The St. Petersburg, Fla.-based Raymond James started in 1962 with a focus on individual financial planning. Raymond James has fostered a unique family-friendly culture for more than five decades by embracing long-term planning, value methodical decision-making and always remaining focused on what matters most: You.

The firm is now known for its independence, integrity, conservatism, and client-first standards. Today Raymond James has more than 6,500 Financial Advisors across the U.S., as well as offices in Canada, Europe, and South America.