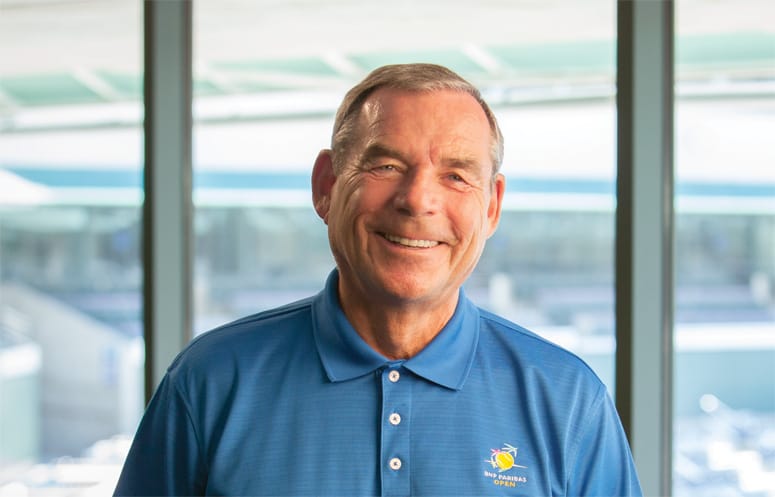 Hosted in Tucson, Ariz., before moving to Rancho Mirage and then La Quinta, the two-week event has become the world’s fifth-largest tennis tournament. “Every year we’ve set a new attendance record, and this year we reached almost 383,000,” says Hoehn, a tournament sponsor since the late 1980s and now Desert Champions’ director of sales.

With an expansion in progress, Hoehn hopes to see 400,000 fans in 2014, and ultimately grow the tournament to half a million. The expansion includes a second, 8,000-seat stadium with three fine restaurants (Nobu, Chop House, and Pizza Vino) and new concession and exhibition spaces. It also features a 20,000-foot shade structure with a center bar and other amenities.

The goal is to attract avid and casual tennis fans. “We want to make this the place to be during those two weeks in March, regardless of whether people are here for the tennis,” Hoehn says. “We want our players to come here not only because they have to, but because they want to.”

The beauty of the desert makes this a “destination tournament,” Hoehn says. “About 80 percent of our patrons come from outside the valley,” he explains. “The [desert] is attractive to players because of the great places they get to stay, and because their families can enjoy all the area has to offer.”