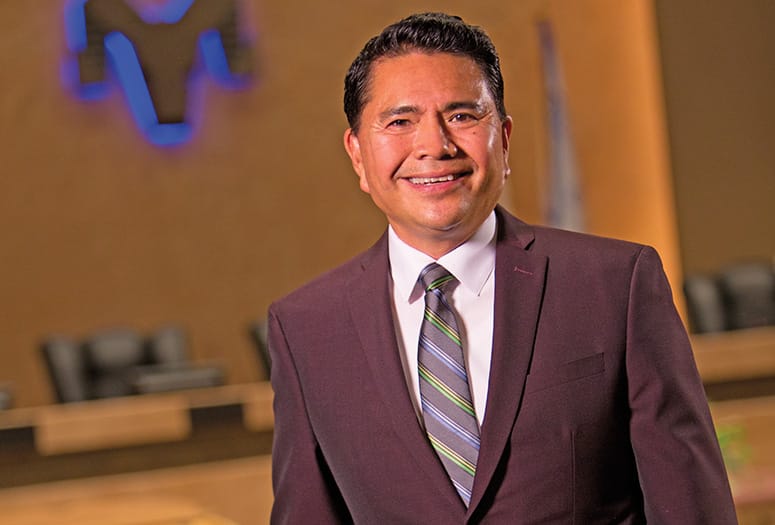 Steven Quintanilla first came to the Coachella Valley in 1992 when Cathedral City retained him to work on the original Ritz-Carlton project. “I lived in Los Angeles for approximately 11 years, but when I moved out here, there was no going back,” he says. “The quality of life is outstanding. It was as though I was on vacation while I was working. The Coachella Valley is filled with wonderful, decent, honest people, who were all drawn here primarily because of the quality of life.”

This spring, he left the firm of Green, de Bortnowsky & Quintanilla to form his own firm, which specializes in land use, administrative law, and public agency law in California. He serves as city attorney for Rancho Mirage and Desert Hot Springs as well as general counsel for several California public cemetery districts. He also represents the Greater Palm Springs Convention and Visitors Bureau and a number of nonprofits.

“When I started my new law firm, I discovered there were a number of very well-qualified attorneys living here and also a number of local vendors, consultants, and suppliers who could provide me with the services and supplies I needed. I currently have four attorneys working for me and I plan to hire an additional 10,” he says.

Quintanilla credits local support for his continued success. “This is basically a very small, close-knit community both politically and socially, and I met a lot of people through the Chambers of Commerce, the Rotary Clubs, and the nonprofits. I received a lot of assistance from the Cathedral City Chamber of Commerce and was introduced to a number of people who worked for the Coachella Valley Economic Partnership. They were instrumental in convincing me to move my office out here in 1997. It had a tremendous impact on my career as a municipal attorney.

“I encourage a lot of my friends to consider moving here,” he says. “There is a lot of opportunity for growth and for being able to live a great life while establishing a career.”