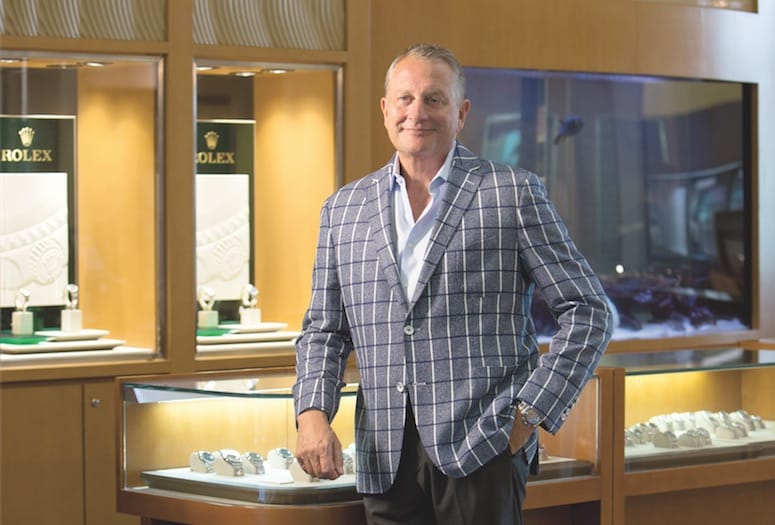 For the last 70 years you could come in and always see a family member in the store," says Leeds & Son Fine Jewelers CEO and President, Terry Weiner.
PHOTO BY ETHAN KAMINSKY

When people speak of the desert’s pioneering businesses, they almost always mention Leeds & Son Fine Jewelers. Celebrating its 70th anniversary in 2017, the business thrives on consistency.

“For the last 70 years you could come in and always see a family member in the store,” says President and CEO Terry Weiner. “My parents started the business. My sister and I joined in 1980 followed by my nephew.

“My parents had a vision and understanding of where the Coachella Valley was going,” he continues. “I don’t think anybody at the time realized that we would become this center for fashion, golf, and international events such as the [Palm Springs International] film festival and the [BNP Paribas Open] tennis tournament.”

Weiner has begun spending less time in the store now that his nephew, Brett Stein, is general manager. Instead, Weiner hunts treasures around the world.

“We’re very meticulous about the products we carry, and known for quality. In watches, we proudly carry Rolex, Patek Phillippe, and other brands. In diamonds, we specialize in GIA and AGS graded stones; and in pearls, Mikimoto.”

Other factors contributing to the jeweler’s longevity are the simple timelessness of the special occasion and expression of affection, as well as the family’s involvement in the community.

“Entrepreneurs who come to the Coachella Valley need to understand that it’s imperative to integrate yourself into the community,” Weiner says. “It’s the core of the valley that will sustain your business year after year.”