Indio: Where to Make Your Headquarters in the City of Festivals 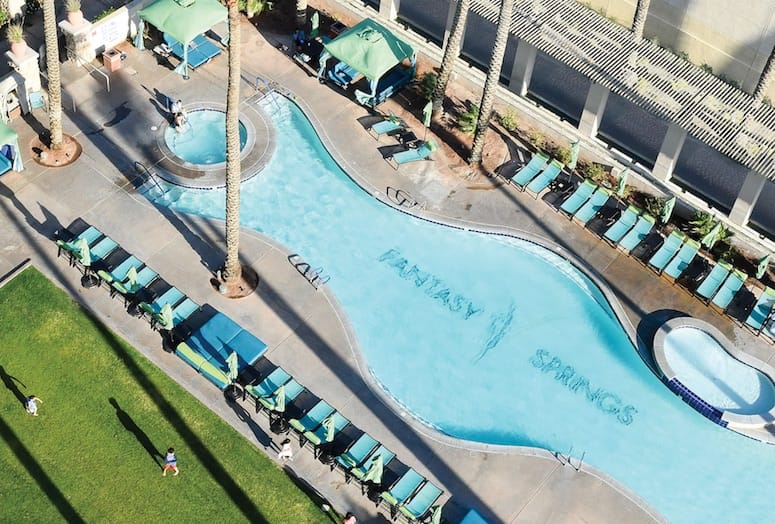 Home to events like the Coachella Valley Music and Arts Festival, the International Tamale Festival, and the Riverside County Fair & National Date Festival, Indio has carved out its niche as the desert’s City of Festivals.

It rose in the late 19th century as a railroad town and flourished as an agriculture hub. The Southern Pacific Railroad spidered out from Los Angeles, and in 1876, when tracks reached the Coachella Valley, a village sprouted — workers who settled to man the station dubbed it Indio, Spanish for “Indian” and a nod to the Cahuilla people who’d long occupied the land.

In 1907, the USDA set up its Date Station here to study the imported Middle Eastern fruit. By the ’20s the groves had become a tourism magnet, and one of the first festivals was born to fête the annual harvest.

Indio was incorporated in 1930, becoming the Coachella Valley’s first official city. Today it is the largest and fastest-growing city in eastern Riverside County, serving as the region’s center for business and government, with a focus on arts, a rising food scene, polo, and a calendar of cultural events that fosters valleywide tourism.

A budget-friendly Mediterranean resort along the northeastern edge of Indio, WorldMark is a palm- and pond-studded refuge at the foothills of Joshua Tree National Park. Located at the Golf Club at Terra Lago, the ample complex affords guests prime access to 36 holes of desert-terrain play plus tennis, playgrounds, and an on-site mini water park with fountain features and a lazy river. One-, two-, and three-bedroom suites (with the capacity to sleep up to eight) are set up condo style with full kitchens, en suite washers and dryers, and private patios equipped with grilling stations.

Indio Super 8 and Suites, located minutes from the Empire Polo Club (and the big music festivals), is fresh off a property renovation. Budget-friendly rooms include free wifi and complimentary SuperStart breakfasts.

This Cabazon Band of Mission Indians–owned high-rise property offers 250 recently renovated deluxe rooms (many with spellbinding views of the surrounding mountains) and a Vegas-style casino with more than 2,000 slots and video-poker machines, plus 40 table games, a serpentine resort pool, and bowling.

Members of the Fantasy Rewards Club earn special perks, while anyone with a ticket stub from the special events center (where recent touring acts have included Pitbull, Michael McDonald, and Christina Aguilera) gets $10 toward slot play. Hungry? Foodies can choose fine dining at The Bistro or more casual fare at one of eight other eateries. And if golf’s your thing, test your drive at the on-site 18-hole Eagle Falls Golf Course. 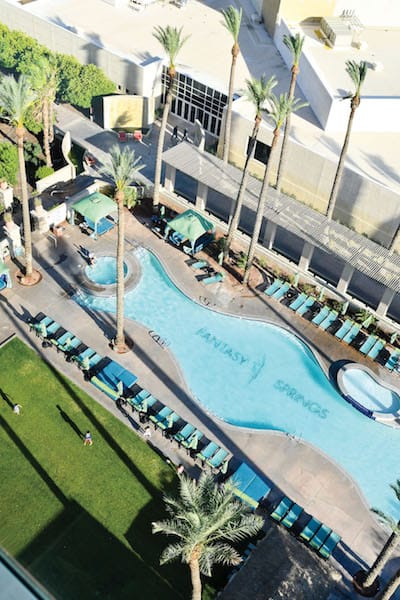