Zaddie Bunker Flew Herself to Notoriety in the Desert 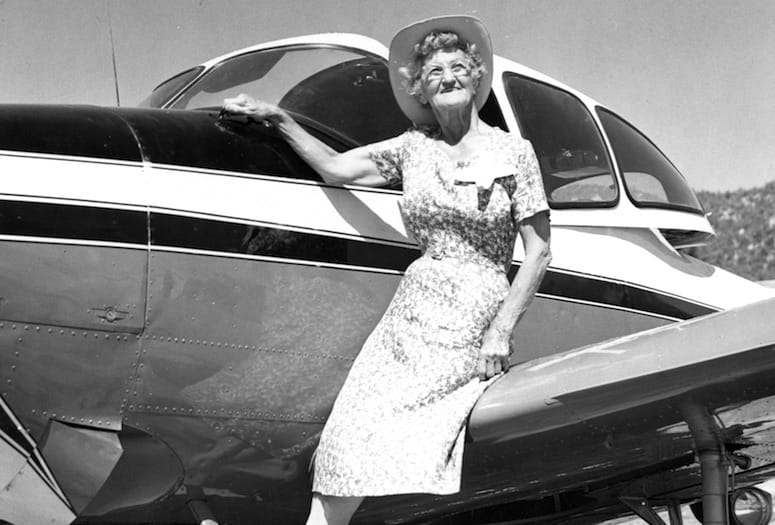 Zaddie Bunker used to say, “When I turn 65, I’m going to stop working, and I’m going to get myself a rocking chair.” Her prediction came true.

Bunker and her husband, Ed, came to the desert in 1913 and founded the area’s first automobile garage. They spent two years living in a tent before business picked up enough to build a house, and in 1917 Bunker obtained her chauffer’s license — the first in California granted to a woman — so she could score extra income delivering mail and driving tourists in the then-fledgling Palm Springs area.

Ed left his wife a few years later, but Bunker did what she did best: kept on truckin’. She bought land and developed Palm Springs landmarks like the Village Theatre and the Chi Chi supper club.

On her 65th birthday (Aug. 29, 1952), Bunker aced the test to obtain a pilot’s license. A friend purchased her a small single-engine plane and painted its name prominently along the side: “Zaddie’s Rocking Chair.”

Within seven years, the desert’s flying granny had become a national sensation. In 1959, she appeared on This Is Your Life and NBC’s Truth or Consequences and became an ambassador to Seville, Spain, as part of President Eisenhower’s People-to-People Program. When Bunker turned 72, she earned herself a new nickname — the Supersonic Grandmother — by breaking the sound barrier in an F-100 Super Sabre Air Force jet.

“Quit while you’re ahead” might as well have been a foreign concept to Bunker. At age 80, she studied aeronautics at College of the Desert and applied to be a part of the Apollo Moon Mission. (NASA invited her to take a ride in the space capsule simulator as consolation for turning her down.) 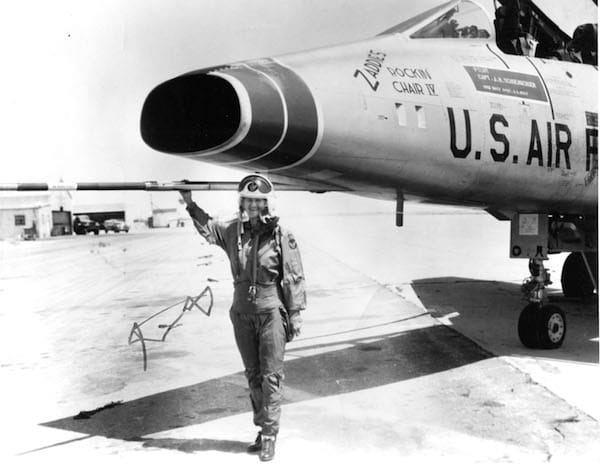