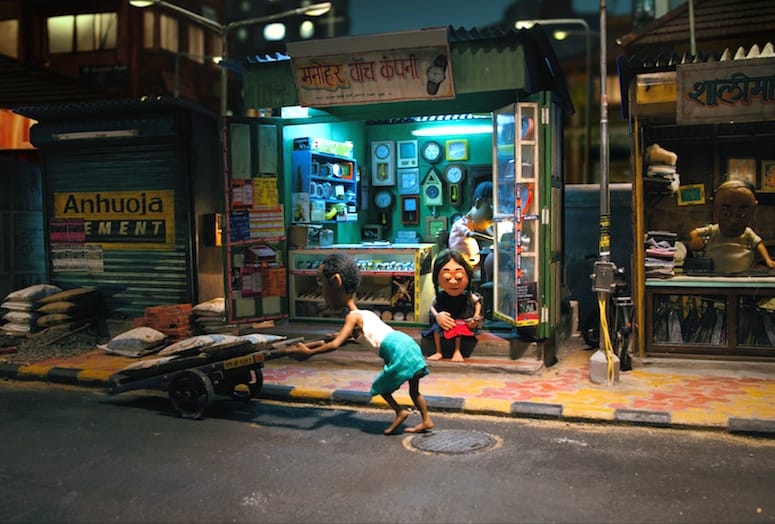 A scene from Tokri, an animated film about the streets of Mumbai.
PHOTOS COURTESY OF PALM SPRINGS INTERNATIONAL ANIMATION FESTIVAL

After watching nearly 3,000 film submissions, you would think Brian Neil Hoff would be seeing double. But the director of the inaugural Palm Springs International Animation Festival is nothing short of impressed and excited by the depth of talent he has viewed.

“I like them all,” he says. “Animation is powerful. It has the ability to educate, inform, and inspire. Our goal is to celebrate amazing animated films, the talented artists, and their teams from around the world. All of our films do that.”

Hoff hesitates to narrow his list, but suggests 10 animated films that should be included on your must-see list. “Each is important in its own way,” he says. “But here are a few that are really special (in no special order).” 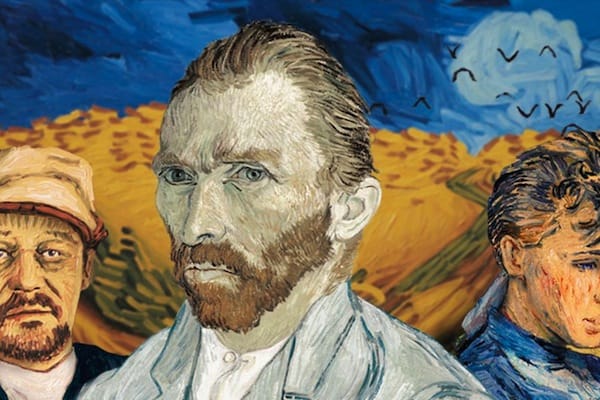 Multiple award nominee Tehran Taboo explores inhibited existence in Iran through the eyes of four young people. Social repression and sexual freedom are explored freely from the safe distance of animation in a striking and frank way. The film was screened during Critics Week at Cannes, 2017. “It reflects a realism that can’t be done with real Iranian actors,” Hoff says. 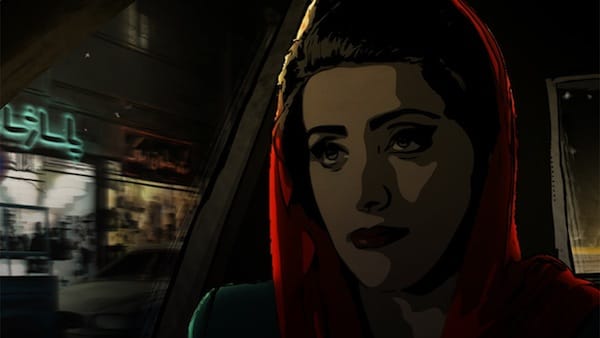 Tehran Taboo was screened in the International Critics’ Week section at the 2017 Cannes Film Festival.

Winner of Cannes Animation Day 2017 and a nominee for the prestigious Asia Pacific Screen Awards, Bilal is, as Hoff says, “a visual masterpiece.” Set 1,400 years in the past, Bilal tells the true tale of a young slave boy who dreams of becoming a warrior. 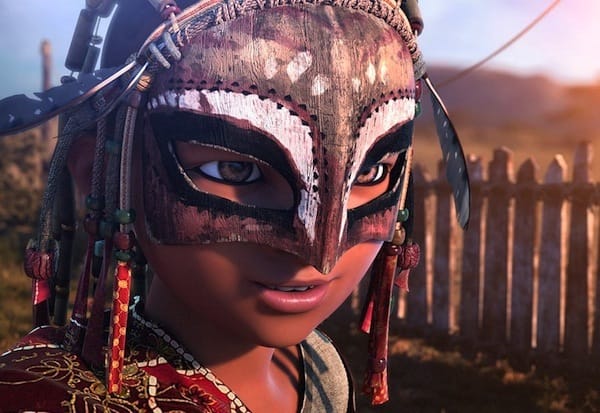 Bilal, a 7-year-old boy, finds himself with his sister under the tyranny of slavery.

From Venezuela, Little Heroes is a story of great adventure in epic style and nontraditional animation. The heroes are just as atypical — three brave children show their passion to help Simon Bolivar defeat the enemy’s army. Hoff recommends this movie as a way to get kids talking about their dreams. 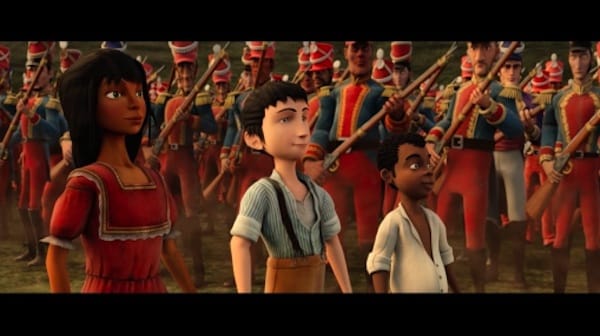 One of the more classic animated films, Sheep & Wolves follows a flock of sheep whose lives are interrupted by a nearby pack of wolves. A host of fun characters include a fortune-telling rabbit and a shape-shifting wolf/ram who overcome fear to emerge as leaders. “This one is great for families,” says Hoff.

Based on the award-winning short of the same name, Junk Head uses stop-motion storytelling to reveal a futuristic techno dystopia. It’s an official selection of the Oldenburg Film Festival (Germany) and has been hailed for its film score. “It took one man eight years to create this film,” Hoff says. “It’s incredible.” 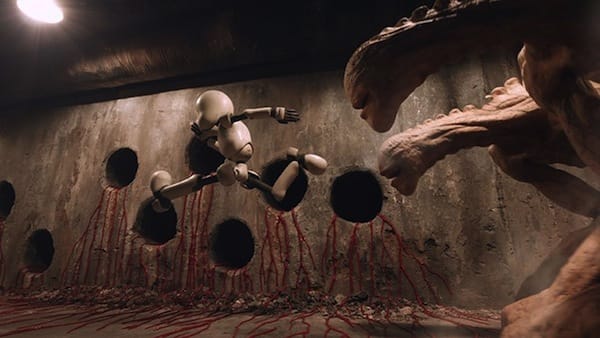 Japanese artist Takahide Hori created the movie one frame at a time.

Based on Elton John’s iconic song of the same name, this film follows real-life refugee Majid Adin as he seeks asylum in the U.K. “What’s incredible about this film is the story behind it,” says Hoff. 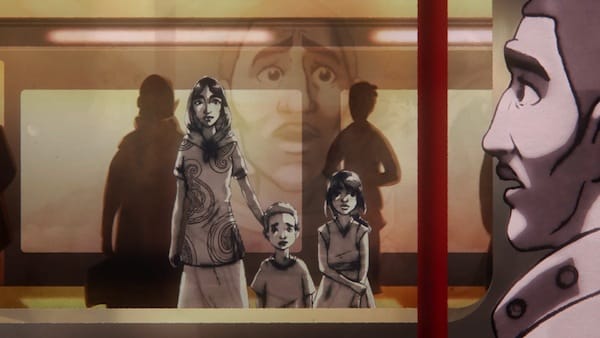 In a Heartbeat, LGBTQ

This short won gold for Best Animated Short at the Student Academy Awards and went viral with 12 million viewings in less than a week. In it, two young men fall in love — a heart-racing, butterflies-in-the-stomach, can’t-stop-smiling kind of love — and must overcome the painful disapproval exhibited by their peers at school. 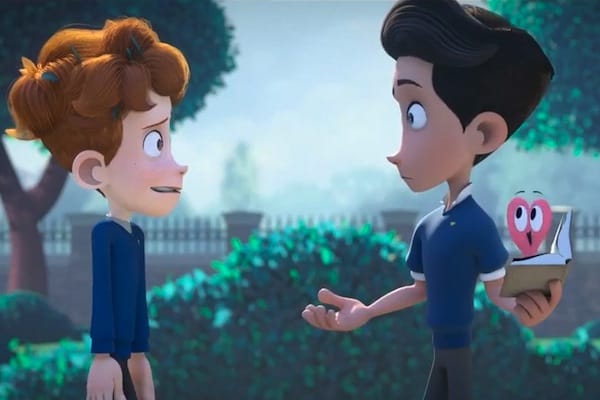 Sherwin has a crush on his classmate, Jonathan, in In a Heartbeat.

Produced in India, Tokri (which translates to “basket”) pays tribute to the hard-working, often-overlooked families who live on the streets of Mumbai. A palpably tender storyline from award-winning filmmaker Suresh Eriyat, Tokri is filmed entirely in claymation. “This one really grabbed me,” Hoff says. 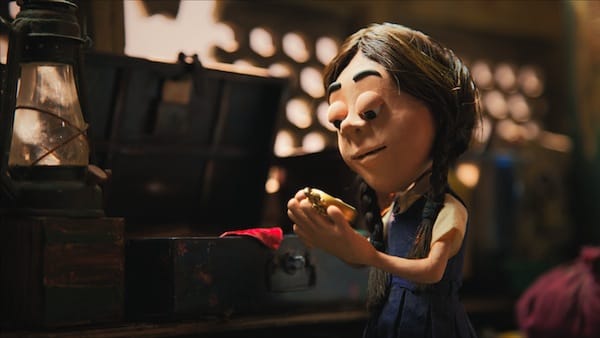 Shape, line, color, and motion are used to define the human body and its expressiveness in this visually stunning short. Created by Hong Kong designer Tobias Gremmler, the film explores traditional Chinese opera costuming with 3-D effect. “In a word, incredible,” says Hoff. 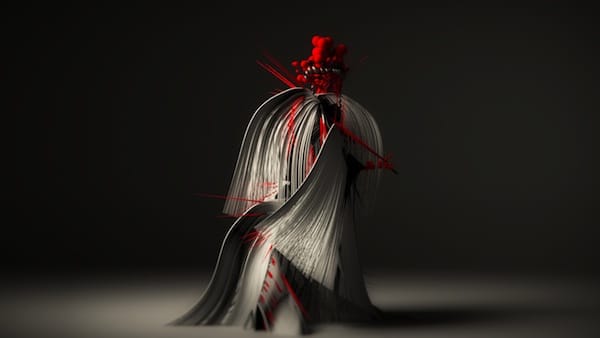 PSIAF will screen films and host special panels, events, and celebrations at the following venues: