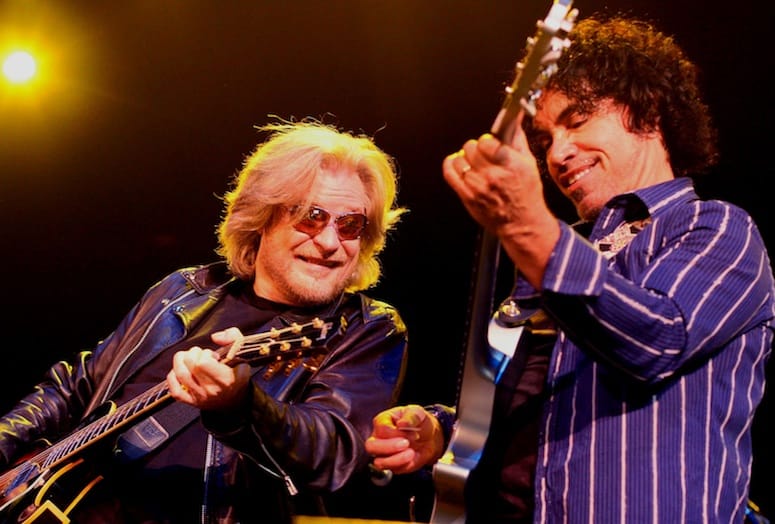 ART
La Quinta Arts Festival
There are several reasons why this festival has been ranked among the best around – the park setting, great weather and an amazing array of artists from all over the country. Read our profile of one of the featured artists, Robert Ferguson from Southern California.

EATS
Nobu
Making its first foray into the desert as one of three new temporary restaurants at the BNP Paribas Open, Nobu will serve its signature dishes like yellowtail sashimi with jalapeño, king crab tempura with amaze ponzu (a Japanese sweet and sour sauce), and black cod with miso. Read our preview.

Luncheon Fashion Shows
Here's a breakdown of Palm Springs area restaurants that combine lunch with fashion, giving patrons an opportunity to see the new trends while enjoying good food. See if our list matches yours.

LIVE MUSIC
Hall & Oates
"Rich Girl", "Kiss on My List", "Private Eyes", "I Can't Go For That" are just some of the songs we can sing along with Daryl Hall and John Oates, the No. 1 selling tandem in music history. See them March 7 at Fantasy Springs Resort Casino in Indio.

Rob Thomas
Rob Thomas is known from his playing days with Matchbox Twenty, including hits like "Push", "3AM", "If You're Gone" and "Bent". See this Grammy award winning singer March 8 at Fantasy Springs Resort Casino in Indio. Thomas will return April 2 for a show at Pechanga Resort Casino in Temecula.

SPORTS
PNB Paribas Open
Often called the fifth major tournament on the professional circuit, The BNP Paribas Open attracts the biggest names on the court, like Rafael Nadal and Maria Sharpova. The action heats up this weekend wit the finals set for March 16 at the Indian Wells Tennis Garden featuring the new Stadium 2.

FAIRS, FESTIVALS
Ask the Rabbi – Palm Springs Street Fair
If you have ever walked Palm Canyon Drive during this weekly Thursday night street fair, perhaps you've seen the small table and sign that prompts, Ask the Rabbi. Rabbi Yonason Denebeim has been answering questions for more than 25 years. Watch our VIDEO to see a day-in-the-life of Rabbi Denebeim on a typical Thursday night.

MAKE ME LAUGH
Lesbian humorist Dorothy Kirk
In her one-woman show, Kirk presents a pair of looks at the coming out process at the Desert Rose Playhouse in Rancho Mirage. "I Came Out in a Darkroom" will run at 8 p.m. March 7 and "Hold Still I Can't See Myself" at 8 p.m. March 8-9.

FILM
Native American FilmFest
Actress Tantoo Cardinal will be honored March 8 for both her trailblazing career on the screen as well s her activist role in the issues impacting the Aboriginal people. The film festival runs through March 9 at Camelot Theatres in Palm Springs. Read our profile of Cardinal.

NEXT WEEK
Sunnylands Chic
In a rare opportunity, see the interpretations of Sunnylands' Annenberg Estate through the eyes of some of fashion's top designers, including Project Runway alum Bradon McDonald and Los Angeles-based Kevan Hall, in a March 11 luncheon fashion show. Read our profiles of McDonald and Hall.