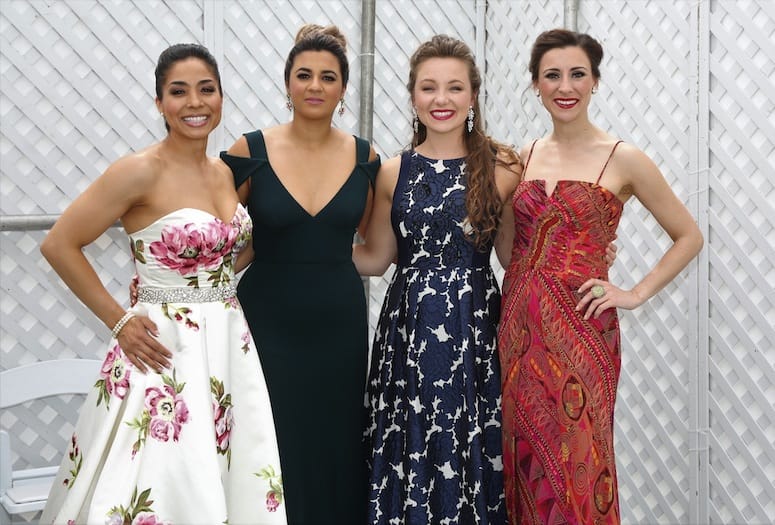 Joanne Vilardi, the guild’s executive director, welcomed guests to the program at Sunrise Park in Palm Springs before turning the stage over to Johansen. Palm Springs Mayor Robert Moon presented a proclamation to Eisenmann for his work with educational outreach programs in local schools. The two-act program full of evergreen chestnut arias by Puccini, Verdi, Bizet, Rossini, and Donizetti had the crowd of 4,000-plus attendees cheering and hollering within minutes.

The extremely difficult “Glitter and Be Gay,” sung by soprano Jacquelynne Fontaine was an absolute delight. Riffing off of the successful Three Tenors, the second act included three famous tenor arias jointly sung by Ricardo Garcia, Marcus Klotz, and Joshua Wheeker. The rest of the singers were baritone Ben Lowe, mezzo-soprano Guadalupe Paz, and sopranos Amina Edris and Madison Leonard. Masetro Valery Ryvkin, who has wowed in years past, returned as conductor. The event was produced by Richard DeSantis.