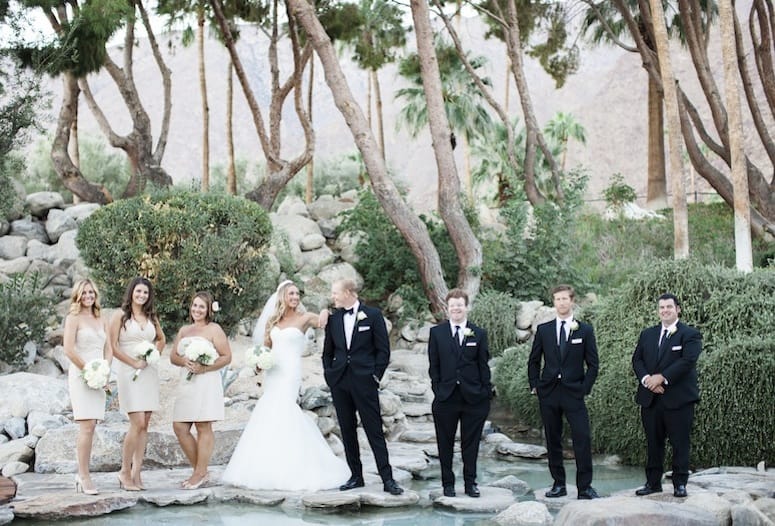 A couple who recently wed at the Frederick Loewe Estate opted to include Katie McGihon's signature film photography as part of their package.
Photos by Katie McGihon Photography

It also happens to be wedding photographer Katie McGihon’s preferred medium for the timeless images it produces — and her clients are fully on board with her.

McGihon, who shoots as a two-person team with her husband, Scott, says it forces her to be a better photographer.

“It’s such a precise art form that it forces you to slow down and be very present in the moment,” she explains. “You can’t correct a film negative, so everything needs to be right in the camera and properly exposed. Every single image becomes important.”

The result, she says, are deeply thoughtful images that bring out sweet emotions and ethereal light.

As film is too costly to shoot exclusively — and struggles in dark settings like an evening reception — the duo shoots both film and digital, then edits the digital images to match the film’s delicate quality that softens life’s edges and creates beautiful skin tones. A foundation in film photography has become their signature style.

“Film photos are a light, bright, breath of fresh air,” she says. “They’re other-worldly and luminous; they just glow.”

Brides and grooms who have told her they aren’t photogenic change their mind when they see themselves on film. “They look at the photos and say, ‘I can’t believe that’s me!’” she smiles. “And I tell them, ‘This is what everyone else sees in you. That’s the real you.’”

Couples who don’t necessarily want that technically sharp look inherent in digital photos have discovered an artful appreciation for photographers who shoot with film, even if it increases the overall package price.

“Weddings and portraits don’t necessarily need to be hard-edged and digitally defined,” McGihon says. “Film makes whatever we are shooting look idealistic, like a painting on a canvas.”

No wonder film is making a comeback for Coachella Valley celenbrations.

These photogenic locales say a thousand words for weddings, engagement sessions and family portraits. Here is why McGihon loves them: A couple who recently wed at the Fredrick Loewe Estate opted to include Katie McGihon's signature film photography. An engagement shoot at the Palm Springs Aerial Tramway takes on the look of a painting on canvas when captured on film.

3. THE WINDMILLS: A Palm Springs classic. The sun sets over the San Jacinto Mountains and gives off the sweetest light. T‪hese two sisters were excited to have their portraits done on film for soft, flattering images even against the barren desert backdrop of the windmills‬. The background of this Moorten Botanical Garden and Cactarium portrait is beautifully softened when shot on film.‬ The hip Ace Hotel & Swim Club takes on a romantic feel when shot on film for this engagement session.

Lisa Marie Hart has been writing about weddings since serving as an editor at Bridal Guide magazine in New York City in 1999. Since 2006, she has been editor of the annual Palm Springs Life Weddings & Honeymoon Planner. Away from the laptop, she creates tiered cupcake stands for weddings and celebrations at www.highteaforalice.com