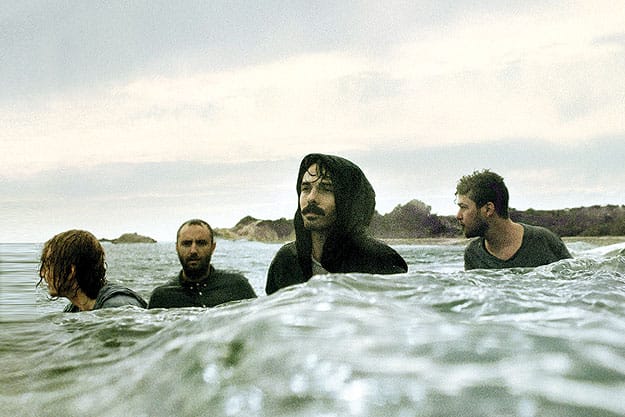 Start the party. The DJ’s here.

I chat with Dillon Francis the day he finds out that he’s landed the official remix for Justin Timberlake’s Rat-Pack-inspired anthem, “Suit and Tie.” But it’s his response to the news that resonates.

At age 25, Francis has achieved breakthrough success like DJs DeadMau5 and Diplo. He’s toured North America extensively and released his work under the gilt touch of Dim Mak records, led by his contemporary, Steve Aoki. Francis will throw down on the ones-and-twos at Coachella Music and Arts Festival, fulfilling a dream he’s had for a while.

The UK’s top export is ready to conquer Coachella

“It’s funny when you’re in a chart battle with Les Miserables and Justin Bieber. It’s not really where we aimed to be, but it’s cool either way,” Neil says.

Following the recent release of Biffy Clyro’s LP Opposites, the band will embark on tour dates that will take it to a number of music festivals, including Reading and Leeds in England. But before they head across the pond, Neil and the two Johnstons will rock Indio.

“I hear it gets excrutiatingly hot there,” Neil says. “We’ll be sure to bring our sun lotion.”

Everybody else is a fan. Are you?

Io Echo isn’t averse to discussing its popularity or the myriad labels bestowed upon its music. In fact, members Ioanna Gika and Leo Ross rather enjoy it.

“One [description] that I like, which I read recently, was from a French magazine [that] said we were the backdoor between New Age and New Wave, which was kind of amusing,” Ross says.

He and Gika have become a buzz band for the hip and beautiful – a duo with a sound so captivating, that it has managed to enrapture filmmaker Harmony Korine, the Drums, and acclaimed poet/vocalist Stewart Lupton of Jonathan Fire*Eater and the Child Ballads.

“I think we’ve been fortunate that other musicians have been able to connect with our music,” Gika says. “To have a sort of nurturing artistic society.”

With all the adoration from journalists, fans, and music’s elite, who’s the one person they’re most surprised is listening?

Pick up the band’s new album and see them live

Local Natives released its LP Hummingbird Jan. 29, just days after it was announced that the band would be playing Coachella. However, unlike acts that are plagued with nervousness about playing to a crowd in the tens of thousands, vocalist Taylor Rice is still coming down from the high of their first appearance at the festival in 2010.

“We had an early slot at the tent, and I didn’t know how it was going to go,” Rice says. “The entire concert felt like it was over for me in three minutes. Right after, I couldn’t even remember playing it, which is crazy, you know? So it’s really pretty awesome coming back.”

Local Natives has experienced the type of meteoric rise that few indie bands can fathom. Its 2009 release, Gorilla Manor achieved critical and commercial success, landing the group’s video for “Airplanes” in regular rotation on Logo and mtvU.

Catch Rice and his bandmates when they perform many of the songs from Hummingbird at Coachella in April. Until then, Local Natives’ singer is gearing up to check out his favorite music, just like any other fan.

“Blur, I think, will be pretty amazing, and also Youth Lagoon. I think he’s got a pretty cool record. I’m very interested in how he does it live.”

Local Natives perform April 12 and 19 at Coachella. For more information on our featured bands, visit www.coachella.com