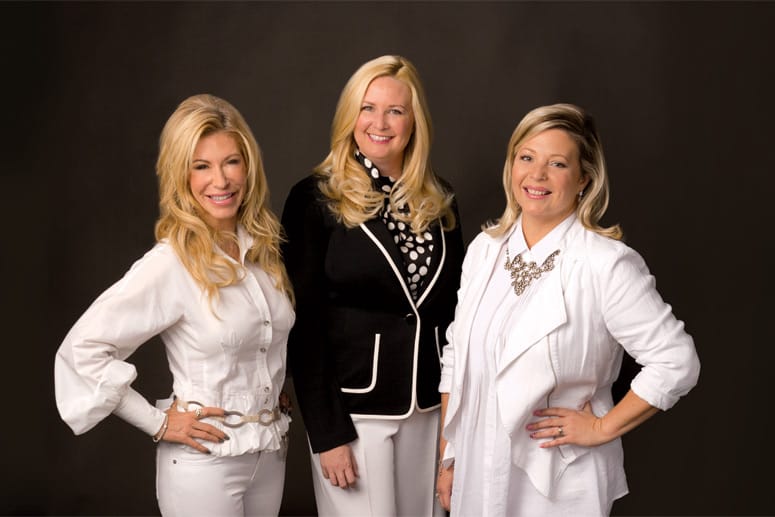 A pilot, a paver, and a planner — the winners of this year’s Women in Business Awards include a broad spectrum of enterprising Coachella Valley women. Palm Springs Life presents this second annual tribute to our desert’s most exemplary female leaders. Diverse as their achievements may be, all three awardees share a firm commitment to their community, the determination to give back, a strong belief in potential, an inquisitive spirit, a taste for innovation, and the courage to seek out the right resources yet follow their own way. Their stories are inspiring beacons of possibility for Coachella Valley women and their counterparts everywhere.

A panel of three judges chose candidates in three categories: Entrepreneur (started own business, profit, or nonprofit), Corporate Leader (founded nonprofit or profit), and Business Leader in the Community (made largest impact, change, and contribution in the community). Introducing this year’s awards as the event’s keynote speaker is Mariel Hemingway, brand ambassador of Cambria and celebrated actress, author, eco-activist, adventurer, and advocate of balanced and mindful living. A Renaissance woman with myriad accomplishments under her belt, she’s a fitting embodiment of the personal and professional best to which people everywhere — men and women — can aspire. Corporate Leader
Charissa Farley
To call Charissa Farley active is an understatement. Awake at 4 a.m. for hot yoga, she keeps both a hard hat and cocktail dress in her Range Rover, as her life is equal parts construction and “schmoozing.” Owner of Farley Interlocking Paving, which installs exterior hardscapes, the highly social subcontractor has been dubbed the “queen of pavers” — which also describes her as a charitable fundraiser. Her calendar is packed from October to May; she’s served on the Desert Cancer Foundation board for nine years and has co-chaired its annual gala for four.

Farley markets a durable interlocking paving system that actually dates back to ancient Rome’s Appian Way. For her, work and civic commitment also interlock: “It’s good business to be a member of your community. It’s good business to show up.” She’s convinced local loyalty helped her rebound from the 2008 recession by “sticking to doing one thing well” and importing cutting-edge equipment.

In a traditionally male, hands-on field, seeking out research-based expertise makes her a path-paver as well. She tells her staff, “You don’t have to know all the answers, just where to get them. We don’t have to be perfect.”

The same goes for giving back: “It doesn’t matter how you help — just volunteer. I moved to this area not knowing anybody, so I went to organizations and said, ‘Pick me, that sounds fun. Tell me where to go and what to do.’” Business Leader in the Community
Lisa Vossler Smith
As executive director and sole paid staffer of Modernism Week, Lisa Vossler Smith has only been at it a year, but she’s participated in the event from the start. So she’s seen it grow from a three-day to 10-day cultural megafest that now includes music, fashion, and food and wine, as well as architecture and design. If anyone can handle all that orchestration (aided by 300 volunteers), she’s it: An urban planning and environmental design graduate, she previously worked as citywide event planner in New Orleans and oversaw major fundraising and expansion as director of operations for the Palm Springs Art Museum.

“I’m a planner by nature,” she says. “Whether it’s a dinner, my wardrobe, social calendar, or urban planning, they’re all strategically similar. I like the big picture.”

After leaving the valley, family ties drew her back home, but “there’s also been a lot of growth and opportunity in the Palm Springs area since I left in the late ’80s,” she says. “The desert is a wonderful place for entrepreneurialism, with a strong sense of place; it’s still a very regionalized community.” For her and her husband, a fine artist, it’s been “a wonderful home base,” she says. “It’s a cliché, but it’s paradise.” Entrepreneur
Denise Wilson
In her 20s, as a professional oboist and music teacher, Denise Wilson met a flight instructor, went up in a plane, did a landing, and was hooked: “Two years later I took a leap of faith and chose aviation full time.” While she felt piloting flights for American Eagle and Aloha airlines was rewarding, they were ultimately waylaid by 9/11 or company failure. Wanting to be captain of her own fate, she moved to La Quinta in 2006 and soon started Desert Jet, an aircraft charter and management business listed among the nation’s fastest-growing private companies. She recently launched Desert Jet Maintenance, this region’s only aircraft maintenance service.

Flying is fun, but beyond lunch runs for “the $100 hamburger,” most pilots “want a mission, to do some good,” Wilson says. So she donates charter flights for animal rescue and live-auction fundraising several times a year. One favorite partner is nonprofit Angel Flight West, which transports patients with cancer or other illness for treatment or summer camp.

Wilson was recently named to participate in Ernst and Young’s Entrepreneurial Winning Women, an executive mentoring program, and she’s thrilled to be supplementing her self-taught skills. Embracing challenges first and asking questions later has been her lifelong M.O.: “I’ve always been more intrigued by taking things on where there’s no clear path or answer to guide the way.” Meet the Panel of Judges

Joan Busick, a CPA with her own firm in Palm Desert since 1990, is founder and CEO of the Girlfriend Factor, a local nonprofit that provides grants to help women continue their education and become self-sufficient. She’s on the College of the Desert Foundation board and has received numerous awards for improving women’s lives in the desert region. Eve Fromberg–Edelstein, a practicing attorney since 1997, specializes in business, real estate, estate planning, and nonprofit law — with firsthand perspective on the latter as CEO of the nonprofit Smile Factory in 2008. She sits on the boards of Pathfinder Ranch and the Foundation for Palm Springs Unified School District and vice-chairs the housing commission for the city of Rancho Mirage. Kate Spates, a desert resident since 1980, is ambassador for the Web development and online marketing firm Graphtek Interactive. She regularly speaks on the topic of digital marketing throughout the Coachella Valley and has been active in many community organizations, including the Children’s Discovery Museum of the Desert, College of the Desert Foundation, the Girlfriend Factor,
and Women Leaders Forum.