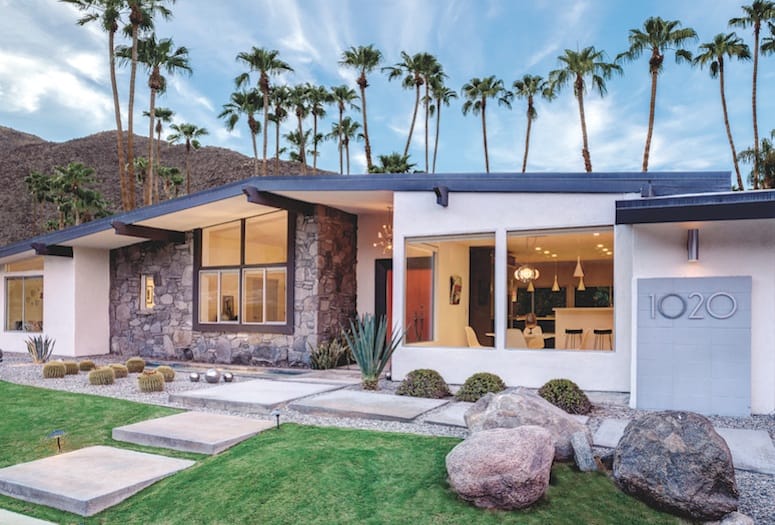 The national housing crash of 2007–2009 affected the nine cities of the Coachella Valley to varying degrees. In 2011, the long-awaited recovery finally began. It’s time to look at how successfully each city has emerged from the crisis.

Palm Springs continues to be the leading city in the valley’s housing recovery. While most of the eight other cities are still 35 to 50 percent below their all-time highs, Palm Springs is only 12 percent away from its 2006 high. The current median price of $530,000 is 80 percent higher than the crisis low of $295,000 registered back in December 2010. Home sales continue to look very positive. The three-month average is 18 percent higher and the 12-month average is 7 percent higher than last year. Record sales activity puts the ratio of yearly sales to total homes in Palm Springs at 14 percent. This is the highest percent of the nine cities. Cathedral City is the second largest city in the Coachella Valley.

Named after the canyon with church-like spires to its south,  Cathedral City has a population of 52,595, making it the second largest city in the valley. It is a young city, with a median resident age of only 35. Three years ago, distressed sales accounted for over 50 percent of all sales. This past June, the median price reached a seven-year high of $264,000. That price is 88 percent higher than the October 2011 low of $140,000. While this is a positive result, the current price is still 35 percent below the all-time high of 2006. The population of Rancho Mirage has grown to nearly 18,000.

Rancho Mirage was created from a merger of Mirage Cove with five unincorporated areas known as the “Cove communities.” The population has since grown to 17,899, with a median age just over 60 and a median household income of $77,304. Rancho Mirage is often considered the valley’s second most high-end city behind Indian Wells and was less affected than some other valley cities by the housing crisis. The city’s current median price of $620,000 is still up a respectable 41 percent from its 2011 lows. However, prices have recently run into headwinds, and the 12-month change in the median price is now minus 6 percent. Indian Wells has the highest median household income of just more than $100,000.

Indian Wells is the city with the highest median household income — $100,742 — and the highest median age of residents, 68. The city also has, on average, the highest-priced homes. However, over the last five years the median price in Indian Wells actually declined 4 percent. The explanation is that Indian Wells averages only 20 home sales a month. Therefore, calculating the median price for this city can produce serious distortions. For a clearer view, one must calculate and follow the price of a specific home with a specific square footage over time. When that method is applied, it appears prices in Indian Wells have risen approximately 24 percent over the last five years. More than 40 percent of the homes in Palm Desert are either second homes or rental properties.

When Palm Desert was incorporated as a city in 1973 it stretched from Palm Springs to Indio. Similar to the situation in Palm Springs, 41 percent of the homes and 71 percent of the condos are non-owner occupied, meaning they’re either second homes or rental properties. Three years ago, when many cities had 50 percent distressed sales, Palm Desert had only 25 percent. Currently that figure is almost zero. One would consequently expect the price recovery to be substantial, but for unknown reasons the Palm Desert market is lagging. With other cities surpassing Palm Desert in price recovery, we could see a buyer shift back to this city with prospective owners recognizing the opportunity to buy into an upscale city at very good prices. Indio is the largest city in the valley with more than 82,000.

Indio was established in 1870 as a Southern Pacific train stop and incorporated in 1930. It is by far the largest city in the valley, with a population of 82,398. It also has the largest number of detached single-family homes — 20,068. Indio is considered a family-oriented town. The current median home price in Indio is $275,000, which is 74 percent above the crisis low of $158,500 in July 2011. Over time, unlike some other cities, it has held its gains and has a year-over-year gain of 3.7 percent. While home sales have declined in the last two years, there are signs this slow ebb in sales is ending and a growth period is beginning. La Quinta is the fastest growing city in the valley and also has one of the mst active husing markets.

La Quinta, the southernmost of the nine cities, is also the fastest growing. Its housing market is also one of the most active, both for new and existing homes. The current median price of $400,000 is down 16 percent from last summer, which is the largest decline of the nine cities in the valley. The La Quinta new home market currently has 12 active projects, in contrast to 13 projects in Palm Springs and 15 in Indio. Sales, however, nearly doubled in the second quarter of 2015 to 37 from 19 sales, primarily due to aggressive marketing and a buyers’ incentive program offered by some of the stand-alone projects that had completed inventory. The median housing price in Coachella has risen 38 percent in the last two years.

The city was founded as Woodspur in 1876 during the time the Southern Pacific Railroad was building the Indio watering station. In 1901, the citizens changed the town’s name to Coachella. The City of Coachella and Desert Hot Springs are the only two valley cities with distressed sales still above 10 percent of total sales: Coachella at 11.1 percent and Desert Hot Springs at 12.1 percent. Up until two years ago, high distressed sales had turned both cities into recovery laggards. That began to change two years ago when the median price began to rise in earnest. Since then, the median price in Coachella has risen 38 percent to $207,000. Coachella’s sales rate amounts to only 3.5 percent of the SFR housing stock per year, which means it would take 28 years to sell through all the homes in the city. By comparison, in Palm Springs it would only take seven years. This city was severely affected by the housing crisis. Intense distressed selling eventually drove prices down to only 40 percent of their 2006 highs. DHS didn’t start its recovery until October 2012. Since the beginning of its belated recovery, the city’s median price has played catch-up and risen 72 percent to $158,500. Even so, this price is still 45 percent below the highs of 2016. As the price recovery has progressed, home sales have slowly but consistently fallen over the last three years, from 70 units a month to only 40. However, there is some evidence that the long drop in sales is ending and the city can look forward in the future to brisker sales.