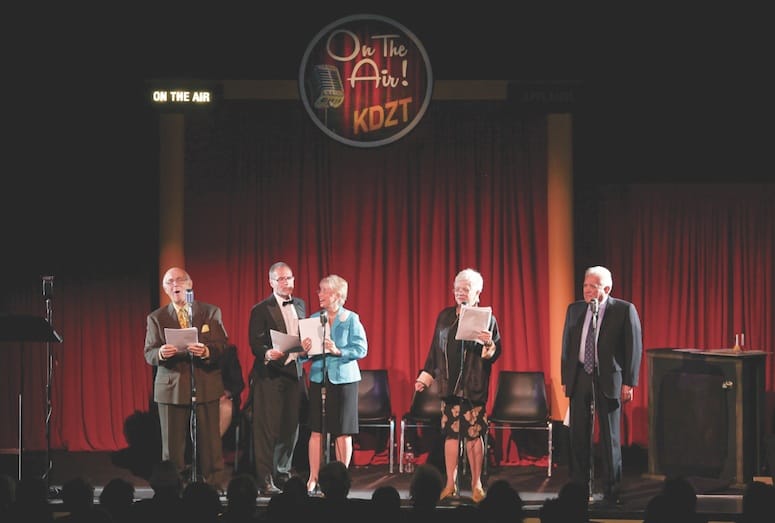 Two Coachella Valley theater companies, both founded in 2008, have carved distinctive niches in the local arts scene and this season will punctuate their strengths with compelling schedules. “We want our audiences to laugh, cry, feel sentimental and proud, and be inspired, awed, or angry,” Celona says. “Our productions highlight the richness of the American spirit — the thought-provoking and artful work of talented playwrights and a stellar cast of regional and national actors.”

The first production, The Chosen, adapted by Aaron Posner and Chaim Potok from the latter’s novel, told the award-winning story of two boys, two fathers, and two dramatically different Jewish communities in 1940s Brooklyn. It was a heartfelt tale of friendship and important choices that two families make on the path toward understanding, respect, and reconciliation.

• Having Our Say: The Delany Sisters’ First Hundred Years (Jan. 21–Feb. 8, 2015), which will take audiences on a journey through the last 100 years of U.S. history, recounting events and anecdotes drawn from the stories of pioneering African-American professionals and families, as told by 103-year-old Sadie and 101-year-old Bessie.

• La Gringa (March 4–22), a comedy by Carmen Rivera, follows the charming story of Maria, who visits her family in Puerto Rico with plans to also connect with her homeland. Once there, she realizes that while she’s seen as Puerto Rican in the states, her homeland perceives her as an American gringa.

• Hold These Truths: The Journey of Gordon Hirabayashi (April 15–May 3), a solo play by Jeanne Sakata, reveals the painful and often ignored period of U.S. history when people of Japanese ancestry were forcibly relocated to internment camps during the height of World War II. Marina Re in Master Class at CVRep.

“I’m so proud that we are able to offer entertaining and challenging productions,” Celona says, noting that CVRep will launch a capital campaign later this year to raise funds to construct a permanent theater. “My goal is to enrich, enhance, and impact the quality of life of all of our audience members through everything we offer.”

Since its inception, CVRep has lifted the curtain on more than 15 productions and offered additional programming, such as children’s outreach (one recent production dealt with sexual harassment and bullying in schools). Newman’s Own Foundation and the Fremont Foundation funded the program.

And CVRep produced a summer cabaret and sold out a staged reading of an original work, Happy Hour, by George Eastman. A new version of this staged reading is planned for mid-December.

Dezart Performs, run by artistic director Michael Shaw and associate producer Clark Dugger, distinguishes itself by commissioning and producing original plays, including three world and four West Coast premieres, and the only new play reading festival in the Coachella Valley.

“By offering an atmosphere of creative growth for actors, writers, and directors in Palm Springs and the surrounding desert valley area, we continually provide fresh, original works and an artistic home for new plays to be developed and performed,” Shaw says of the nonprofit company. “By encouraging and nurturing talent, we are cultivating artistic awareness and ideas in the community.” Dezart Performs, which opened its seventh season with 5 Lesbians Eating a Quiche, begins the New Year with Duck and Cover (Jan. 30–Feb. 8, 2015), winner of the last Festival of New Plays. The charming and comedic tale contrasts the pressures of 1960s social change (civil and women’s rights, Vietnam, and the Cold War) with the mundane but equally distressing threats to the suburban Massachusetts Whitebottom home where 12-year-old Stevie wants a pair of sneakers and his mother, Claire, would like to get her drivers license. Husband Hugh, a shoe store manager, sees sneakers and women drivers as the first steps to anarchy.

Most Dezart Performs productions unfold in the Pearl McManus Theater at the historic Palm Springs Woman’s Club in downtown Palm Springs. On March 12, its annual gala fundraising performance, On the Air 2, provides an evening of funny and memorable radio shows at Camelot Theatres. Dezart Performs cast members (from left to right) Gina Bikales, Corbett Brattin, and Peter Nicholson in "Invasion of Privacy." All three actors, in addition to (not pictured) Yo Younger, Louise Ross, and director Judith Chapman, recently won Desert Theatre League awards for their roles in the production.

“The performance recreates on stage a live radio show presentation that features beloved classics and even humorous jingles promoting our local sponsors,” Shaw says. “We’ve already secured Gavin MacLeod, Joyce Bulifant, Ron Masak, Carole Cook, Millicent Martin, and many others to perform classic pieces from Burns and Allen, Abbot and Costello, and The Shadow. It will be an entertaining step back in time.”

The seventh annual Play Reading Festival (April 3–11) ends the season for Dezart Performs. The festival features actors and directors from the Coachella Valley and Los Angeles and selected works from established and emerging playwrights from across the country. Audience members vote on each presentation, and the “festival favorite” will earn a fully staged production next season.

“When we founded our company, we wanted to provide a forum where new and original works could not only be read but also provide the opportunity for the audience favorite to be produced as our signature play the following year,” Shaw says. “It has grown in scope since we started, and I’m thrilled that we have been able to bring to production 12 new plays that have been featured in our festival.”