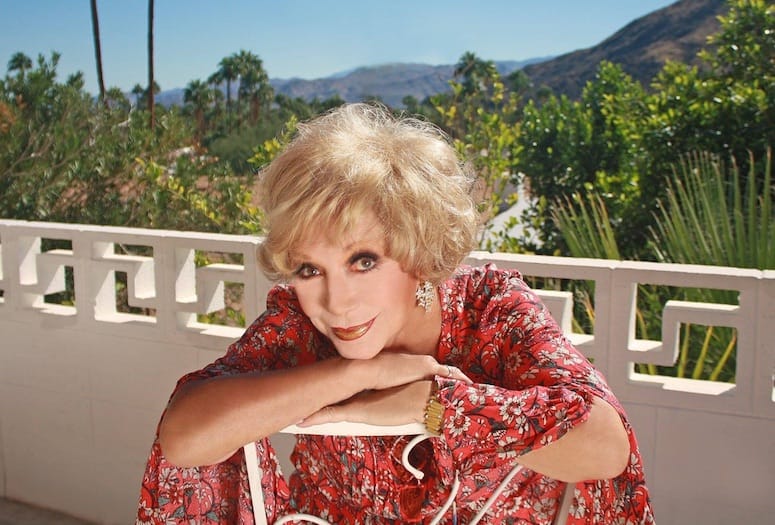 AAP — Food Samaritans will honor a quartet of significant community members at the 26th Annual Evening Under the Stars gala May 4 at the O’Donnell Golf Club in Palm Springs. The honorees include Ruta Lee for the Jeannette Rockefeller Humanitarian Award; Glenn Johnson and Michael Melancon for the Gloria Greene Inspiration Award, and Ron DeHarte of Greater Palm Springs Pride for the Herb Lazenby
Community Service Award.

“AAP – Food Samaritans could not fulfill our mission without the dedication and support of the incredible people and organizations that support us,” said Mark Anton, CEO/executive director of AAP – Food Samaritans. “Without their caring and inspirational leadership, we would not be able to support the nutritional needs of those low-income individuals living with HIV/AIDS and other chronic illnesses in our community. We are so very grateful for their unyielding kindness that they exhibit on a daily basis not only for AAP, but for many other organizations across the entire Coachella Valley.”

Evening Under the Stars is the largest annual fundraiser for AAP – Food Samaritans, a non-profit organization that provides nutritional support for low-income people living with HIV/AIDS and other chronic illnesses. Gala festivities will begin with a ‘quintessentially Palm Springs’ sunset cocktail hour at 5:30 p.m. on the grounds of the O’Donnell Golf Club against a backdrop of the San Jacinto Mountains. A short awards program will recognize the inspirational honorees, followed by dinner, and dancing to the music of ABBA by ARRIVAL from Sweden.

Tickets for the benefit, priced at $395 and $500 per person, are available for purchase and individual VIP seats and sponsorships are also available. To attend or for more information, call 760-325-8481 or visit aapfoodsamaritans.org.

Certainly one of Hollywood's most glamorous ladies, Ruta Lee is also one of its most multifaceted and top-notch civic contributors. Lee has been a very staunch supporter of AAP – Food Samaritans for decades.

A celebrated actress, Lee has appeared in many films, including Seven Brides for Seven Brothers, Funny Face, Witness for the Prosecution, and as Frank Sinatra's leading lady in Sergeant's Three. She has appeared on more than 2000 television shows, including Perry Mason, Twilight Zone, Murder She Wrote, Hogan's Heroes, Love Boat, and Roseanne. She has also headlined around the country in many musicals including Dolly, Annie, Molly, Peter Pan, Mame, Irene, Nelly, Irma, Rose, The Woman of the Year, Best Little Whorehouse in Texas, Unsinkable Molly Brown, and Goodbye Charlie.

Lee is highly acclaimed for her leadership role in The Thalians, a charitable organization which is committed to good mental health from pediatric to geriatric. She has been either chairman or president for more than 45 years.

She has served as Commissioner on the Los Angeles Board of Environmental Quality and as a member of the Economic Development Board, acted as a national spokesperson for the American Cancer Society, was honored Woman of the Year by B'nai B'rith, received the Humanitarian Award from the Beverly Hills Business Women's Association as well as top honors from the City of Hope. She is also the proud recipient of a star on the Hollywood Walk of Fame, which added to her stars on the Palm Springs Walk of Stars and the Celebrity Walk at the Thalians Mental Health Center, Cedars-Sinai, makes it a Triple Crown for a super gal. More recently, Ruta was honored as a "Woman of Achievement" by Northwood University, joining a roster of some of the most prestigious women in America.

About the award: Jeannette Rockefeller was the founding president of AAP – Food Samaritans. Established in 1997 to honor the humanitarian efforts of outstanding community members such as Jeannette, this award recognizes individuals who have contributed their energy, commitment, and influence to raise awareness and funding for important issues including HIV/AIDS.

The duo have been long time supporters of AAP - Food Samaritans and Evening Under the Stars. Glenn Johnson has had a long and successful career with Alaska Air Group and has served most recently as president of Horizon Air. Michael Melancon has a 30-year background in human resources management and is the effectiveness practiceleader for The Washington Firm and is also an ordained Zen Buddhist chaplain. 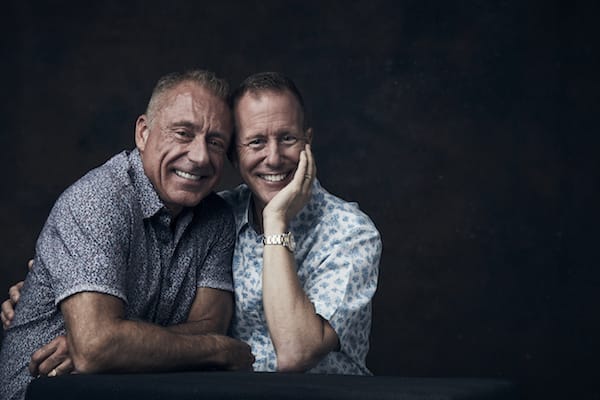 In addition to AAP - Food Samaritans, Johnson and Melancon have been involved with numerous charities and philanthropic organizations including the Swedish Medical Center Foundation, where the couple supports the organization through annual gifts and has included it in their estate planning. Mike is also a member of the Foundation’s board of governors and serves on its community health advisory committee. They also donate their time and financial support to several other community organizations, including the Bailey Boushay House, where Melancon volunteers with seriously ill and hospice patients; the Swedish Ballard Teen Center; the Loving Work Foundation in Vietnam; and Central Washington University, where Johnson is a trustee. In addition, they support the Greater Seattle Business Association, where Melancon serves on the organization’s Scholarship Steering Committee and administers the Glenn Johnson/Michael Melancon Bright Horizon Scholarship, which encourage, foster, and support the development of LGBT youth attending the University of Washington.

About the Award: Great movements often begin with one person’s simple inspiration – such as when Gloria Greene began handing out food to those with HIV/AIDS from the back door of one of her restaurants right here in Palm Springs. Since 1999, the Gloria Greene Inspiration Award has celebrated Gloria’s insight, commitment and passion, illustrating the difference that can be made in a community.

Ron deHarte has been the president of Greater Palm Springs Pride since 2012. Under his guidance, Pride has steadily grown, bringing in an estimated 100,000 visitors this year, who contributed $22 million to the local economy. deHarte is a recognized human rights and diversity champion and currently serves as chairman of the City of Palm Springs Human Rights Commission. His long history of involvement in the LGBT community includes a primary focus on supporting LGBT youth and youth related programs. 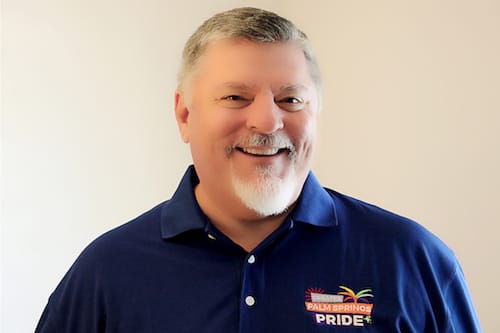 In 2011 he teamed up with Safe Schools to secure the Palm Springs Art Museum as the venue for the annual LGBT Prom, which now hosts 500 students. As founding chairman of the Harvey Milk Diversity Breakfast, Ron led the way to adopt youth programs as its beneficiary.  Over the last seven years, $124,000 has been raised to directly support area GSA and LGBT youth driven activities.