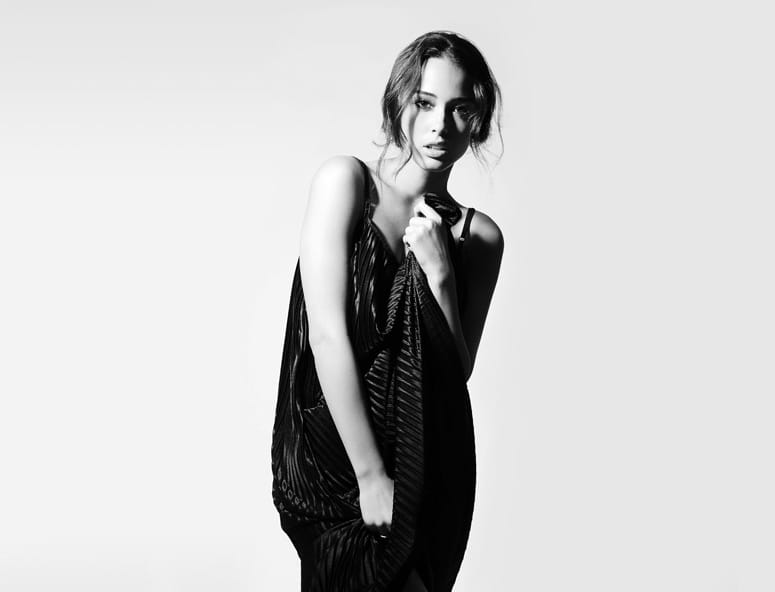 In February, actress Chelsea Gilligan, 22, will become a household name when American teenagers tune into The CW’s new series, Star-Crossed, a high school drama about the romance between a human girl and alien boy.

“I play an alien named Carrie,” Gilligan says. “She’s in love with [fellow] alien, Roman, who’s in love with a human so Carrie does everything in her power to stop that. She’s manipulative, conniving, and crazy. The show is sort of Romeo + Juliet meets District 9.”

The rising star talked with Palm Springs Life about her career and growing up in the Coachella Valley.

A Miss Teen California must be fairly sweet. How challenging is it to play a villainous character?

I love playing characters that are not like me. I am not one to pick a fight, but it’s fun to play a badass. Surprisingly, it has not been a challenge [laughs]. I’m finding I have an inner badass.

You’ve appeared on several TV series (Victorious, How I Met Your Mother). How does it feel to land your first reoccurring role?

I keep pinching myself. I can’t believe this is happening.

You were also second runner up in the 2009 Miss Teen USA pageant. What makes you a positive role model for today’s youth?

It’s important to be yourself. When you allow your inner light to shine, everyone will see how beautiful you are. I try to do that every day. I try to stay grounded and remember where I came from.

What inspired you to pursue acting, and how were you discovered?

My stepfather was a publicist in L.A. and my mother was a model, so I would go to events with them. I grew up in the business and always knew I wanted to do it.

When I was young I had no self-confidence. I was shy and would hide in my room and put on plays. So I entered a [Miss Beaumont] pageant to find confidence. That’s how I got discovered by my first modeling agency, and eventually began going on acting auditions — and got booked.

You grew up in Palm Springs, part-time. What do you love most about the desert?

My grandparents live in Palm Springs, so I spent a lot of time here. I love going outside at night and seeing all of the stars. L.A. is covered with lights and smog. I’m a nature geek, so I love the desert.