AmDocs Saw Potential of "The Trials of Muhammad Ali" Early 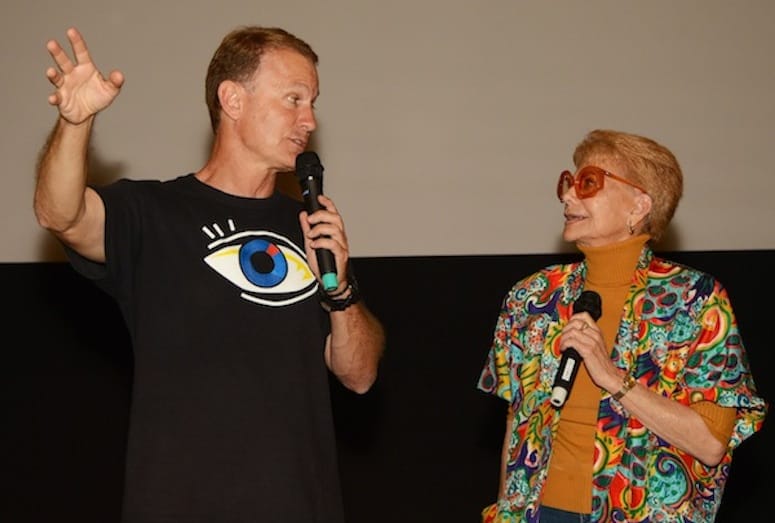 The pitch lasted all of five minutes.

But even in that short span of time, Teddy Grouya was captivated.

“With the stylized way he’s (director Bill Siegel) combined interviews with Ali’s entourage and family in addition to archival footage, you’ve got a powerful package,” says Grouya, director of the American Documentary Film Festival (AmDocs) in Palm Springs, recalling Siegel’s appearance at the inaugural event to seek funding for his documentary, The Trials of Muhammad Ali.

Siegel was among a group of directors who stood before an industry panel pitching his film for festival funding. Directors show a clip of the film, provide a budget, outline and answer questions – all in front of festival-goers in the theatre.

“There are other pitch competitions, only a very few in the U.S., but none of them are open to the public, which is something that we do is unique,” Grouya says. “In that first year there were four films that received some money from us, and one of those is ‘The Trials of Muhammad Ali’.” Grouya says he is excited to see the finished product, which will screen at 7:30 p.m. Thursday (Sept. 12) at Camelot Theatres in Palm Springs. Cathedral City resident Timothy Bradley, the reigning WBO Welterweight champion of the world, will introduce the film. The film is scheduled to be released to theaters nationwide in October.

Siegel recalls welcoming the feedback from the judges who viewed his film, which focuses on Ali’s refusal to enlist in the Army, the resulting three-plus year ban from professional boxing and nearly being sent to prison.

“AmDocs was the first of its kind, I believe, on the West Coast and they have this unique opportunity too that offered a level of not just financing, but kind of an opportunity to see how the idea was received,” Siegel says. “They have this jury of three esteemed judges and to be invited to participate in it was a thrill, and then to be one of the awardees was incredibly special.”

Grouya said Siegel’s past, which at that point already included an Academy Award nomination for co-directing the documentary, The Weather Underground, coupled with focusing on a specific time period of Ali’s life made the project attractive to the panel.

“It’s just that we knew he could make and finish the film; that’s one thing,” Grouya says. “Then, of course, you see the breadth of one of the most famous men in the history of the last 150 years. At one point, Ali was the most recognizable face on earth."

Ali, now 71 and crippled with Parkinson’s disease, is not the public persona he once was, and the film will introduce him to a younger audience who may only know his name.

“Many people today don’t know who Ali was, the younger kids, especially,” Grouya says. “They know the name, but they didn’t see him live like we did. This is an important figure in history outside of boxing for a variety of reasons. With regard to equality for African Americans, the guy didn’t pull any punches.”