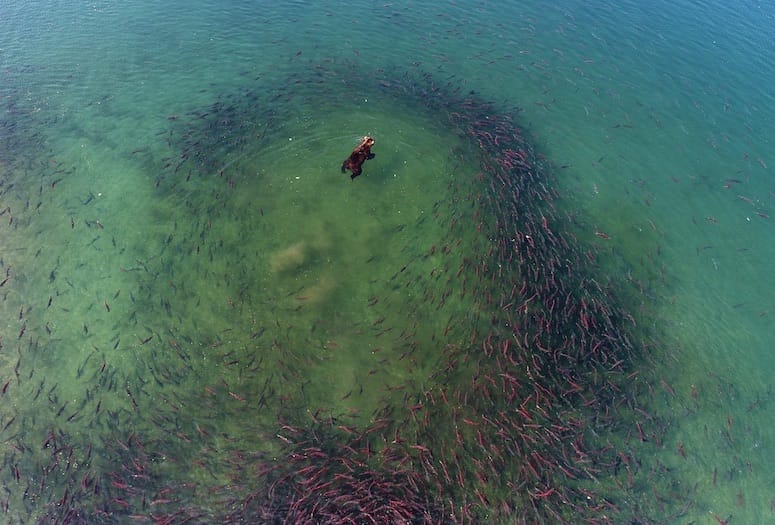 A scene from Sockeye Salmon, shot in Russia at the Kamchatka Peninsula.
PHOTOGRAPHS COURTESY AMERICAN DOCUMENTARY AND ANIMATION FILM FESTIVAL

This is probably not the way the American Documentary and Animation Film Festival wanted to mark its 10th year in Palm Springs. Instead of a darkened theater bonding an audience through the art of film, the festival is again connecting virtually — whether it’s at home, on a device, or at a drive-in movie.

And yet the spirit of the festival remains intact — celebrating film.

Starting March 26 through April 4, viewers can begin streaming more than 250 documentaries and animation films using the festival’s platform, DocsNow+. For a one-year subscription fee of $35.88, viewers will not only have access to the entire festival lineup through April 4, but going forward they can tap into a library of films offered through DocsNow+.

Palm Springs Life spoke with festival director Teddy Grouya about the  pandemic’s influence, and what films viewers should mark as must-see.

How was the fall 2020 virtual film festival received, and what lessons did you learn from that experience that is helping you this spring?

We thought by the time of the delayed fall version we would be able to be in person again. That did not happen. Due to the ongoing pandemic we had to morph the festival into a kind of virtual reality for this year again. Most filmmakers who were programmed to be in the festival are participating, so that’s exciting. There is a lot of incredible content available. The difference is that they won’t be able to watch in in person. As far as learning, there wasn’t a lot to learn. There were things that we have been working on to make the user experience a little bit more fluid, so that it will be easier for them.

How many submissions did you receive and how difficult was it to select the films that will be shown? Did you notice a decrease due to the pandemic?

Programming the films every year is difficult. We get a lot of submissions, and the quality of the works is on a level that I could probably confidently program seven, eight or nine festivals. But a lot of films do not get in the festival. We feel terrible about that because we are filmmakers, and so we want to do all we can do to help films and filmmakers, even if they’re not in the festival, to be successful. This year we had a slight drop-off because of the pandemic. It might be people expected to have the in-person experience or more likely, given the pandemic, they were not able to finish their films. There was a drop-off of probably a quarter of what we anticipated as far as the number of submissions. But we still looked at close to 2,000 films. And from that many we have about 250 that were invited to the festival.

What were some of the most common themes you saw in the films? Did many focus on the pandemic?

That’s a good question. We have a little bit of a thread of COVID films from around the world. We had actually a film all the way from Wuhan. The filmmaker was there and captured for us what that experience was like. So we have films that are related to the COVID experience. We do not have a special theme for our festival each year. We don't force a special topic on our audience like other festivals. We do have films about immigration or about the Holocaust. But there are a variety of different films, and we let the audience discover what films we have. 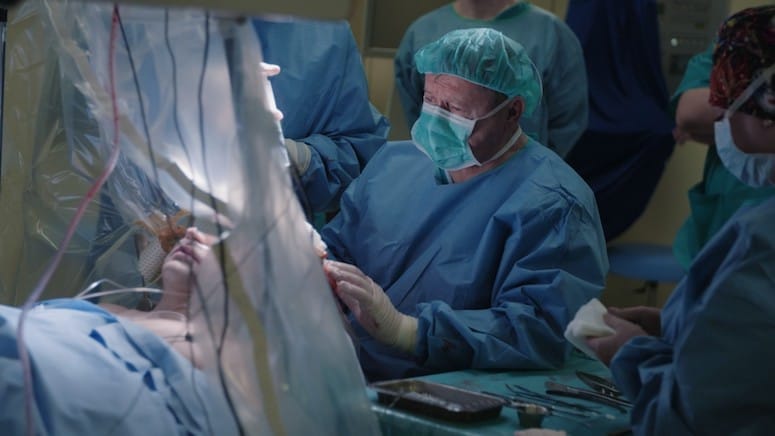 What films would you suggest that viewers see?

The film focuses on the world famous professor Miroslaw Ząbek, the director of the Gamma Knife Centre in Warsaw, together with his team, who develops an innovative therapy for treating a severe congenital metabolic defect that blocks the child’s development. The filmmaker is inside the surgical room, and he's watching. He's able to film as the doctor's talking to the patient as he's working on his brain. "Lift your hand up. Hold this glass of water. Do all these things that..." And we're watching as he's tweaking the brain, almost like a mechanic is tuning the carburetor of a car engine. It's unreal and very inspiring. And Poland is famous for great filmmaking, particularly documentaries. So it's very observational. It's not a lot of people talking at the camera 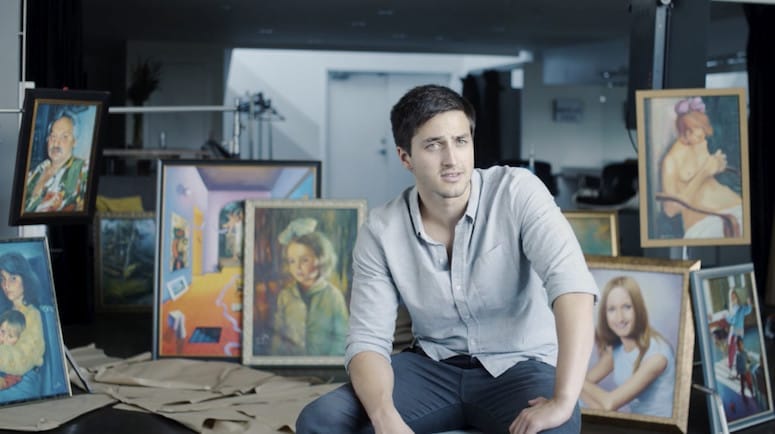 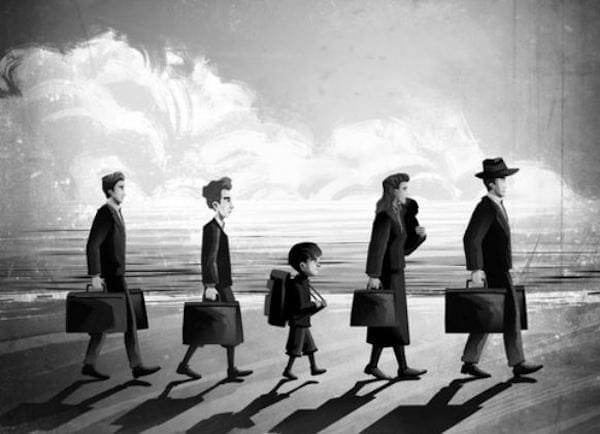 Voices In The Void

The filmmaker tells a story he found in an archival footage of these Danish Jews trying to get to Sweden, trying to reach a neutral territory to escape the Nazis. So he re-created the experience through animation. It’s an example of how great animation is in the world of filmmaking, more than just creating cartoons. It's a way to tell a story that might be much more mature. This film illuminates profound contrasts that remain unresolved in human nature: lightness and darkness, beauty and evil, and the humanity that is inherent in both. 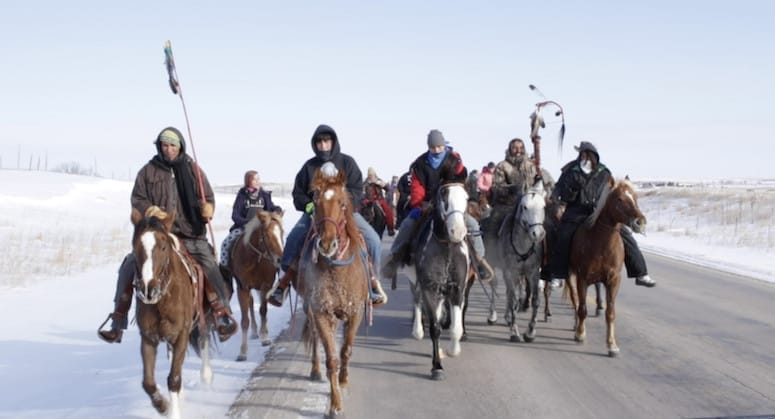 The Bears Of Pine Ridge

This movie is about a respected female elder who leads the Oglala Sioux tribe’s only suicide prevention team, while mentoring a group of suicide-survivor teenagers to find their voice, encouraging them to bring hope and awareness to the reservation. It's fairly uniform that each culture may be different, but there are commonalities with what Native Peoples do from around the world as far as identity, representation, and protecting their rights, and then, of course, the enculturation of what's happened to them by Westerners. We try to focus on some of those stories.

If you love nature and you're interested in this kind of ecosystem, you'll enjoy this film. And it's really quite spectacular. This film is about Sockeye; a species of wild salmon, which is born in Kamchatka waters and spends its entire life in the Pacific Ocean. It only returns once to its place of birth to give offspring, start the circle of life and then dies. It is an inexhaustible resource that feeds billions of people on the planet, restored every year. But soon, we may find ourselves facing the unimaginable: humans will exhaust the inexhaustible. We've had films about salmon, but this is taken from Russia at the Kamchatka Peninsula, which is a very protected area. These filmmakers had access and they show the whole salmon ritual from a different perspective. 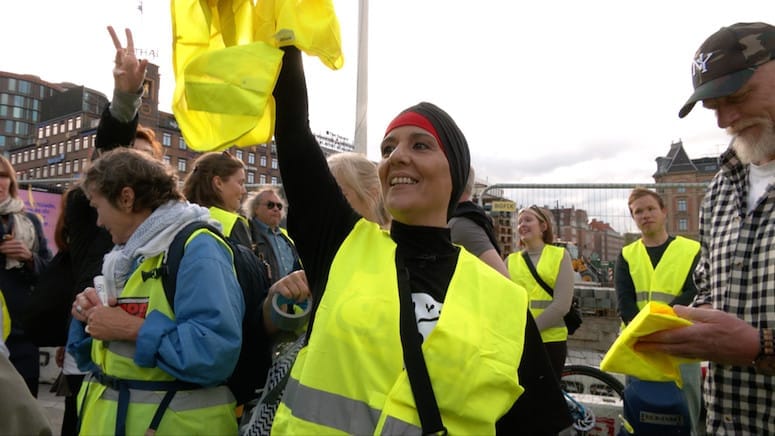 Three ordinary citizens have become activists to fight for a better world. We follow their activistic adventure through its ups and downs, when they face the consequences of using all their time and energy to make the world a better place. Are they courageous heroes or naive fools wasting their time? And what is their true motivation to fight like David against Goliath? So that's a big thing this year — advocacy and protests. This is from Denmark. And there's a group of people, but one main character who believes that there's a tremendous amount of waste. This guy goes in like an investigative journalist, and he goes to the dumpsters behind some of these markets. He pulls out oodles of wonderful goods that he says are still good to eat. He collects it and then goes to the town square or the park, and he distributes it for free to the public. It’s advocacy against waste. 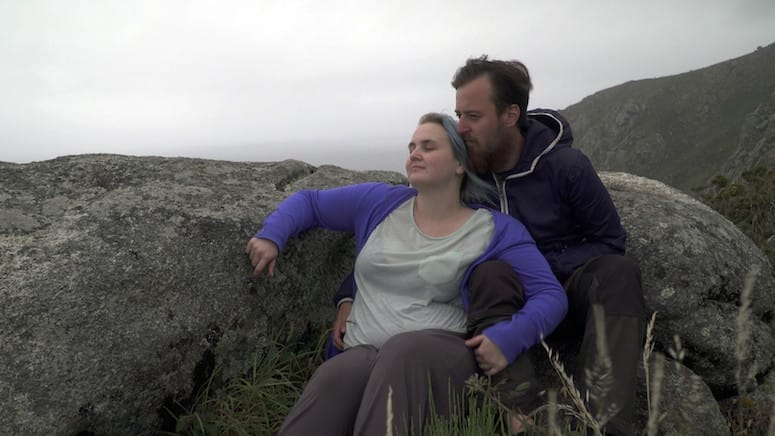 This film is about Erik who was born female, but felt trapped in the wrong body. When he was 18 he started his transition with hormone therapy and surgery. After meeting Martyna, the love of his life, thoughts of what makes a person a real man weigh on his mind. He struggles with body dysphoria – will he ever be able to accept himself? This film takes a very close look at someone who is searching for their identity and at the same time looking for love. You'll be fascinated, and it's from Sweden. 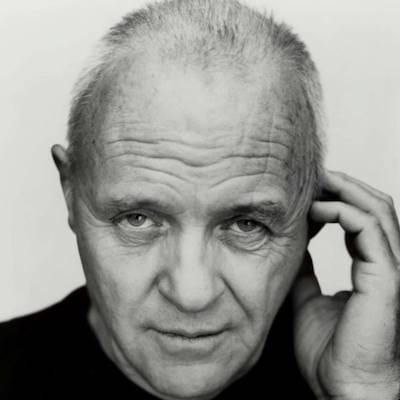 This is a more traditional biography on Sir Anthony Hopkins. These French filmmakers are very successful. We've had them at AmDocs before, where they're able to get access to archival footage and permission from their subject. So they made this documentary about Tony Hopkins, and I think it's premiering with us. It goes all the way back to his childhood in Wales and explains how he got into acting and ultimately into Hollywood success and lore. And of course, they'll show his big, big breakthrough with the Hannibal Lecter role in Silence of the Lambs.