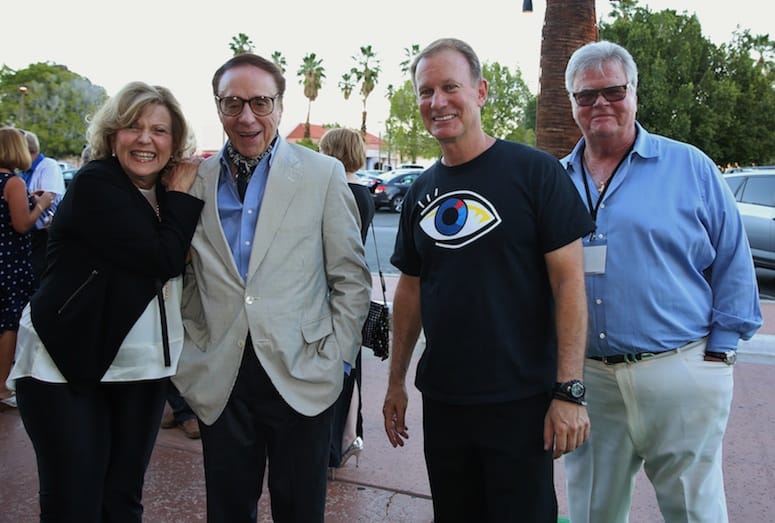 Palm Springs' annual American Documentary Film Festival (AM Docs), a festival praised by Movie Maker Magazine as  one of the world’s “top 5 coolest film festivals,” concluded a five day run in the Coachella Valley with 130 films screened from throughout the world at local theaters.

Opening night at the Camelot Theatre celebrated the life and career of film director, actor, historian Peter Bogdanovich, who did a Q&A before the sold-out audience following the screening of One Day Since Yesterday: Peter Bogdanovich & The Lost American Film. The only documentaries made by Bogdanovich – Runnin Down A Dream,  a four-hour film on rock star Tom Petty, and Directed by John Ford, were screened at the Camelot with the film on Ford also shown at the Oliphant Auditorium. Bogdanovich also received the 2015 Filmmaker Who Makes A Difference Award.

Many of the films dealt with world and local issues. Ted Grouya is founder and producer of the festival presented by the Palm Springs Cultural Center.