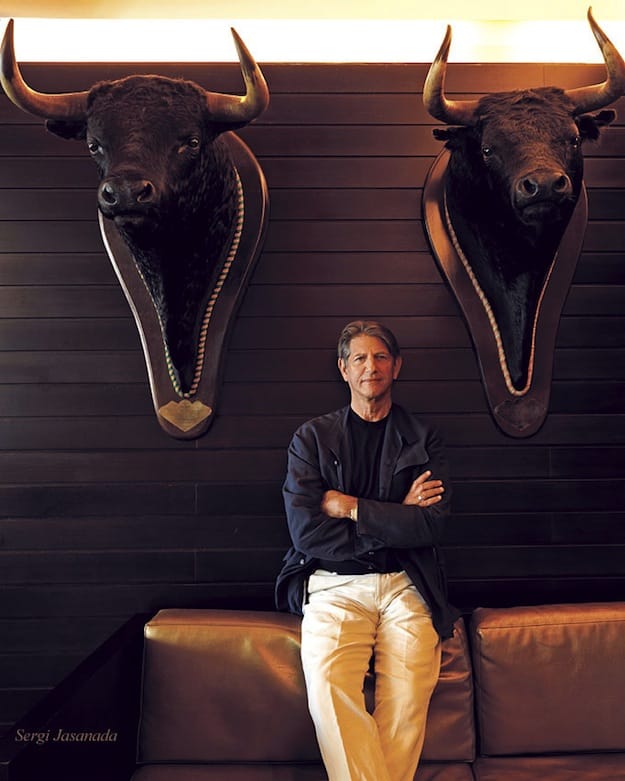 He's one of those actors that as soon as you see him, you know him but maybe not his name.

Peter Coyote, who recently appeared in the HBO film, "Hemingway & Gelhorn" with Nicole Kidman and Clive Owen, will be honored with the "Making A Difference, One Film At A Time" award at the American Documentary Film Festival, April 4-8, in Palm Springs.

However, Coyote won't be able to accept the award in person. After originally being scheduled to appear on opening night, April 4, at the Camelot Theatre, Coyote had to withdraw noting a film commitment in France has conflicted with the festival's time schedule. The film festival is marking its second year after opening with director Oliver Stone last year.

Coyote's voice has narrated more than 160 documentaries. Just four years ago, Coyote was in Palm Springs to film, “Adopt A Sailor”, which screened at the Palm Springs International Film Festival in 2009. The film was produced by Palm Springs resident Kim Waltrip, and a majority of it was filmed locally.

Though a familiar face on screen, Coyote may be best know for his smooth voice in the documentary field. His most recent work includes Ken Burns’ “The Dust Bowl”, which aired on PBS in November, and “1962 U.S. Open: Jack’s First Major”, which is the United States Golf Association’s first-ever film produced for network television, which aired last summer.

Coyote has been a vocal supporter of several causes, particularly Native American issues. He attended and spoke at a benefit concert, “Bring Leonard Peltier Home” in December in New York. Peltier, whose name arose during the political campaign between Raul Ruiz and Mary Bono-Mack, has been imprisoned since the 1970s for his involvement at Wounded Knee and Oglala, S.D.

His book, “Sleeping Where I Fall” is a compilation of Coyote’s experiences as one of the leaders of the Diggers, a radical street group of the Haight-Ashbury area in San Francisco during the 1960s.

For tickets and more information about the American Documentary Film Festival, visit the website or call (760) 322-3689.