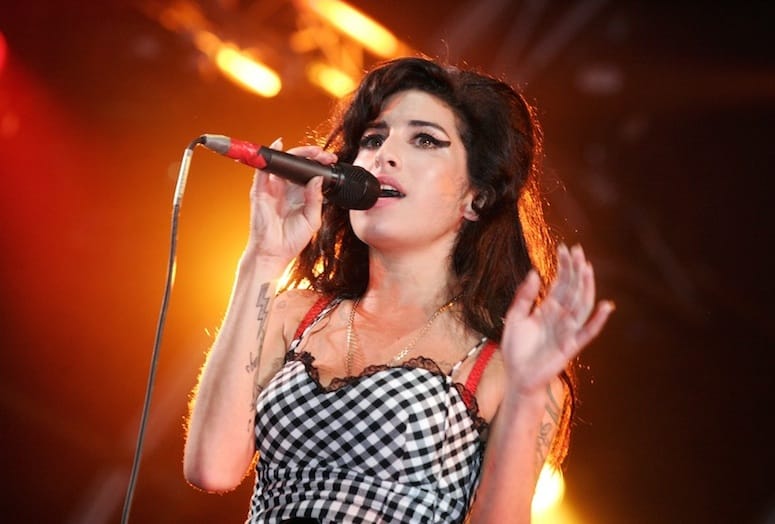 In putting together an account of singer Amy Winehouse's life, director Asif Kapadia says one of the biggest challenges was the unwillingness of those closest to the troubled singer to talk to him.

“Everybody who was around Amy did not want to share her story. It was like they had taken a vow of silence,” Kapadia says. “The way Amy’s life had gone…the people who cared for her did not want to talk.  She had been exploited by the media for such a long time, and the last thing they needed was for someone to make a film. There was a process of earning people’s trust.”

Kapadia has composed a detailed account of Winehouse’s rise and ultimately, her death, through a collection of personal interviews, archival footage, photos, and videos. The movie provides insight and perspective into the relatively recent tragedy that played across the tabloids and social media in an almost rabid frenzy fueled by curiosity and clicks as fans (and the world) watched this bright and talented musician publically implode. After Winehouse’s death and following the worldwide success of his documentary Senna, Kapadia was approached to explore “Amy’s” story “in her own words”.

Kapadia says he was instinctually drawn to the project explaining, “I grew up in London very close to where Amy lived. She was a local girl that became a huge story. I couldn’t understand the way it turned out the way it did. My instinct was to try to understand her story. We (the public) thought we knew the story…but it’s actually a lot more. I wanted to show the complexity of her situation.“

Since it’s world premier at the Cannes Film Festival, the film has struck a chord with audiences earning 20 nominations and 22 film awards to become the highest grossing UK documentary of all time.

• Amy has been nominated for Best Feature at the International Documentary Association Awards, Best Documentary at the European Film Awards.

• The film has received five nominations at the BIFA Awards, including Best Film, Best Documentary, and Best Director.

• The film has been nominated for “Best Music Film” at the 2016 Grammy Awards.

Feeling the responsibility as a filmmaker to honor Winehouse’s truth, Kapadia says, “I felt we were on her side. I wanted the world to meet the person I met through the footage. (The world) only met her in the latter stages of her career. People summed her up as an artist with a good voice but a train wreck. There was so much more to her.  It’s interesting… you never would think she would be funny, talented, witty.  She wrote music, she was smart and had such a knowledge of jazz and music. She performed with the likes of Tony Bennett, Prince, the Rolling Stones…musicians knew she was the real deal.” Director Asif Kapadia (right) says about Amy's impact: “I hope things change and we look at the next person who may be unhealthy or out of control and choose to act differently.”

“I felt it could have been stopped,” he says. “There were opportunities for her to get help…she needed protection. I wanted the audience to feel uncomfortable. To think about how complicit we are when we comment on or mock a person when they seem out of control or need some love. I want to turn a mirror after a person has died, and look at the context of this person’s life, and see how you felt then and feel now….

He adds, “To think about clicking on a clip and giving power to watching someone fall apart. I think there has been reaction from the film and a lot of conversation about this issue. I hope things change and we look at the next person who may be unhealthy or out of control and choose to act differently.”