Antiques Roadshow Host Chosen for 'Evening Under the Stars' 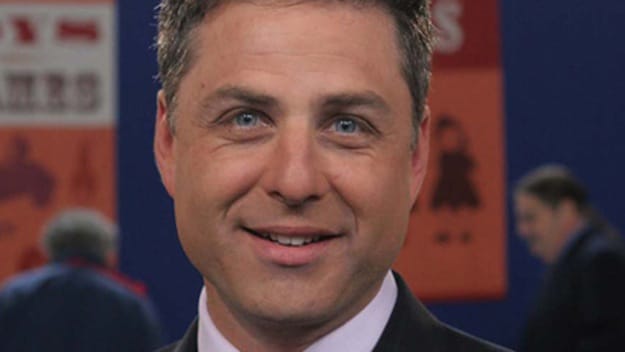 Mark Walberg, the star of PBS’s highly rated television program "Antiques Roadshow", will serve as the emcee for the 20th annual ‘Evening Under the Stars’ gala on May 11.

“We have partnered with Mark before and we really enjoy his style and the energy he brings,” said Mark Anton, CEO/executive director of AIDS Assistance Program. “The audience always loves him, and we’re glad he’s available to join us on the most special night of the year for our organization.”

Walberg started his TV career as an assistant at Dick Clark Productions and quickly moved in front of the camera as the announcer for the popular game show, "Shop Til You Drop" on Lifetime Television and as host of "Burnt Toast", a sports magazine show on ESPN. The late NBC honcho Brandon Tartikoff quickly noticed Walberg’s work, which led to the creation of the nationally syndicated "The Mark Walberg Show."

Since then, Walberg has hosted an array of popular talk, reality, competition, and game shows, including Game Show Network’s "Russian Roulette", FOX’s "Test the Nation", TBS’ "House Rules" and "The Mansion", and Country Music Television’s "Your Chance To Dance".  He also hosted FOX’s hit reality show, "Temptation Island", which was the highest rated show in the history of the network at the time.

Walberg is starting his eighth season on the Emmy-nominated "Antiques Roadshow". He currently serves as a member of the board of directors of Goodwill Industries of Southern California and as a member of the Academic Advisory Board of the Young Americans College. He has been married to Robbi Morgan Walberg for nearly 25 years and has two teenage children, Goldie, 16, an aspiring ballerina, and Morgan, 19, a national Navy ROTC scholarship recipient.

The 2013 Evening Under the Stars gala will feature a performance by the incomparable Cyndi Lauper. The performance, along with cocktails, dinner, and dancing, begins at 5:30 p.m. at the O’Donnell Golf Club in Palm Springs. Individual tickets for the benefit are $395 and $500 per person and may be purchased by contacting AIDS Assistance Program at (760) 325-8481 or by visiting www.aidsassistance.org.

Since its founding in 1991, AIDS Assistance Program provides nutritional support to those surviving HIV/AIDS. Initiated by a small group of concerned citizens, led by the late Gloria Greene, Jeannette Rockefeller, and Joanna Jakway, AAP provided meals to members of the community with low incomes and suffering with HIV/AIDS. Since then, the AAP client roster has grown from 20 to approximately 500 people. More than 8.5 million dollars has been distributed to nearly 2,000 low income clients in the Palm Springs area.