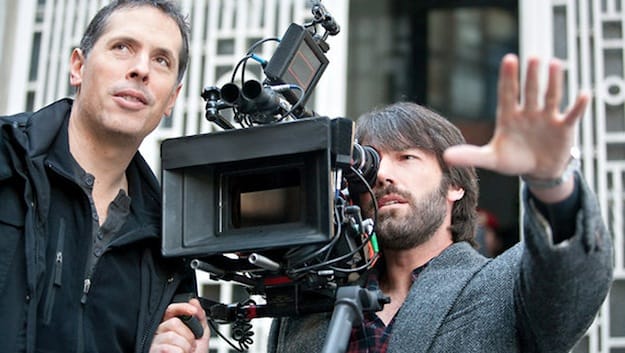 Argo chronicles the life-or-death covert operation to rescue six Americans, which unfolded behind the scenes of the Iran hostage crisis. The drama focuses on the little-known role that the CIA and Hollywood played — information that was not declassified until many years after the event. Affleck directs and stars in the film, which also stars Cranston, Arkin, John Goodman, Victor Garber, Tate Donovan, Clea DuVall, Scoot McNairy, Rory Cochrane, Christopher Denham, Kerry Bishé, Kyle Chandler and Chris Messina.

Argo is produced by Grant Heslov, Affleck, and George Clooney. The screenplay is by Chris Terrio, based on a selection from The Master of Disguise by Antonio J. Mendez and the Wired Magazine article, “The Great Escape”, by Joshuah Bearman.