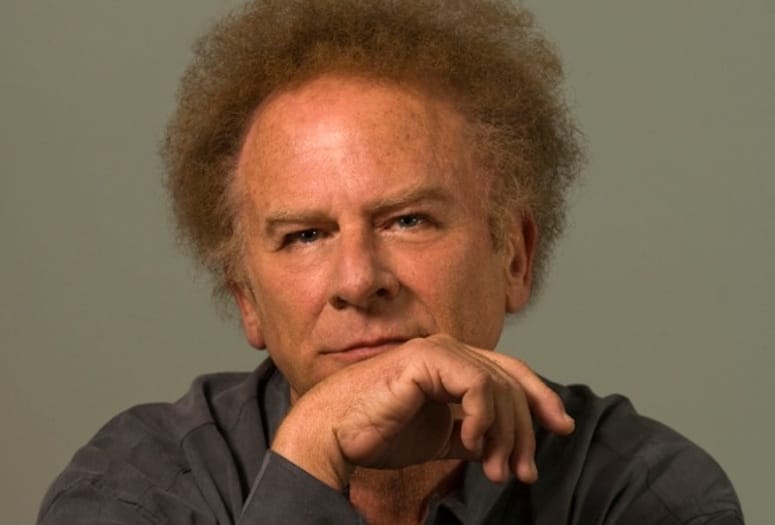 There was a time Art Garfunkel thought he may never sing again, not long after he returned from a Simon & Garfunkel tour in the Far East in 2010 and promptly lost his voice. “You go into a terrible depression. What am I going to do? Who am I? If I don’t sing, I’m not Artie anymore,” Garfunkel recalls of those dark days.

GradualIy, with patience, practice, and time, his voice returned to full strength. “I got it back, yes, and that’s the full level of triumph,” he says enthusiastically. “I feel so grateful to God. Now I just aspire to be a valid artist.”

Garfunkel will be sharing the complete range of his angelic voice when he takes on many of his greatest hits — including Bridge Over Troubled Water, The Sound of Silence, The Boxer, and Bright Eyes — on Nov. 7 at Fantasy Springs Resort Casino in Indio.

Before he headed back out on the road, PalmSpringsLife.com called Garfunkel at his New York City residence to discuss his early days as a singer, how he got his voice back, and whether he’ll play live with his old friend again. You’ve played this venue before.
“I did [on July 5, 2014], and I liked it a lot. It was lovely. It was a successful night, and I look forward to doing it again. We won’t have the orchestra, but I think this might be a show with my 24-year-old, Arthur Jr., who sings. He is something else.”

How did you become cognizant at age 5 or 6 that you were going to become a singer?
“You just self-monitor, is all. I think we all have to listen to ourselves carefully. All of this stuff came naturally at age 6. You start looking for the right room or stairwell where the reverb puts the tails on the notes and makes the vowel sounds reverberate right.

“Now, when I make a sound after I hear something on the radio and I want to hear what I just did, I turn the radio off so I can listen. I turn off all distraction. Singing in the car is a deadening experience; the upholstery, and everything else, is flattening out the sound. It’s not flattering. In the open air, it’s a little better. But singing in the right room, with plaster walls, or with marble or a higher ceiling, really flatters the sound. Those are all things that come from listening.”

At age 11 or 12, you and Paul Simon were already working together, getting those sounds figured out in your basement, right?
“Yes. Yeah, that’s when the friendship started.”

Would you say you instantly knew your voices worked well together?
“Well, we were in junior high school, and we started emulating Buddy Holly (sings): ‘All of my love, all of my kissin’, you don’t know…’ [the opening lines to Holly’s Oh Boy]. We were rockabilly guys. Paul played guitar. I led the rehearsals in terms of finding a blend and a harmony. We used The Everly Brothers as our models, and we practiced in the basement. It had linoleum — the cheap middle-class background is mine (laughs) — and it had a nice sound, with wood pine walls.

“It’s just a matter of holding yourselves to a high, fine standard. When you get a sound with Paul and it sounds pretty good, (whispers intently) you then move the chairs closer. And now you’re really staring at each other’s noses and tongues. You really want to be fine and detailed and accurate. It’s just putting close-ups on the experience.” I love that you guys brought The Everly Brothers out on the Old Friends tour in 2003-04 to show that lineage directly onstage in the middle of your own set.
“Yeah. (sighs) Poor old Don Everly, now that Phil is gone. [Phil Everly passed away in January 2014.] I called Don a few months ago: ‘Don, do you want to sing? Should the two of us try it? Wouldn’t that be something truly extraordinary?’ Don said, ‘I lost the voice, Artie. I can’t do it.’ ”

Ah, that’s a shame. Speaking of losing your voice, that had to be such a scare for you 5 years ago when you had to deal with that yourself.
"It was really dislocating. I really lost a sense of myself. It was late January 2010. My voice left me. Why did it happen? I don’t know. I had come off of a tour in the Far East with Paul, the second Simon & Garfunkel Old Friends tour. We played very loud shows in the Far East; that’s how Paul wanted it. It doesn’t work for my voice, to sing very loud. Maybe that was it.

“A month and a half after that tour, the voice went. So you self-create your own next step, which was what came natural to me: Give it a rest for a few months. Take it real easy if you can. Observe if there’s mending or not through time. I began to see at the end of the first year, yes, time and rest leads to a little bit of improvement, so there was a little hope at the end of the tunnel.

“Slowly, slowly, it began to come back. I would book a room with a thousand empty seats. Just me, the microphone, the speakers, and nobody else. I would do that in an empty house, and I got very poor results. In 2012, about 2 years into the loss — it was murder. I would sing, and then fall on my knees and say, ‘Lord, have I lost it forever? I don’t know how to be that person, with no singing.’ It was tough.” Even in your deepest despair, did you somehow feel inside it was going to come back?
“Not necessarily.”

Wow. That’s got to be hard to live with.
“It was. Life is a surprise. You can’t count on what comes next.”

Your shows now run 90 minutes. We also get to hear you read from your book, yes?
“Yeah, I read my autobiography. I’m putting it out in book form next year. My style of writing is poetic. It’s somewhat rhymed, and it’s somewhat unrhymed — it’s prose poetry. I wrote about my career, my marriage, my kids, Paul Simon. I wrote about the wonder of it all and the mystery of being alive.

“I’ve been around a while. I go through the decades, but when I get to the Simon & Garfunkel years, I give that a real quick treatment. (chuckles) It’s about the glorious hard studio work, period. That’s the ’60s for me. You have a lucky career, and you stand on top with Bridge Over Troubled Water. What is the remaining part? How do you then go on from there? That’s what this book is.”

Speaking of Bridge Over Troubled Water, many of us feel it’s one of the benchmark vocals in popular music.
“Mmm, that was my hope. Thank you.”

You must have spent hours crafting how every word came across.
“On the first verse, every phrase is really carefully constructed. It took a lot of studio hours. I don’t want to ruin the illusion of its seamless flow, but there are so many pieces we were trying to seamlessly put together. It took time.”

By the time we get to the big payoff at the end when you get to the word “mind,” it is so rewarding. I get shivers whenever I hear it, to this day.
“Oh, it was so satisfying to make it. Before the world heard that, Paul, [producer/engineer] Roy Halee, and I heard it first. It was a great thrill to step back and say, ‘Look what came out of us! Thank you, Lord!’ And I’ll take the compliment. It’s artful.”

Could we see you ever performing that song again with the songwriter, Paul Simon?
“I don’t know.”